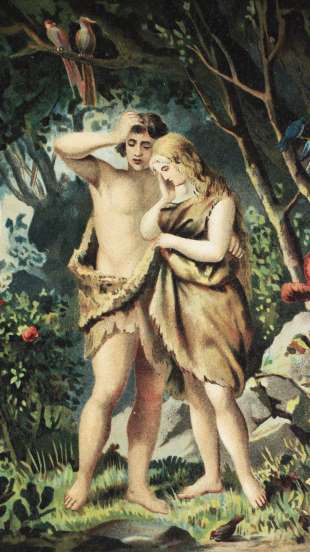 What is ‘love?’ Since the beginning of time, the notion of it has been contested, debated, and deliberated by poets, philosophers, and romantics alike. This abstract emotion has been subject to differing definitions and expectations. Thus, the meaning of love has evolved throughout history. Interestingly, the notion of the term has been defined in the context of differing societies. However, it has always been framed as an absolute higher good which is worthy of obtaining. Therefore, societies have framed the notion of love as reflective of their existing power structures. Interestingly, societies have molded the definition to benefit who they want and oppress who they want. In this article, I explain how the history of the notion of love has both been reflective of, and complicit in, reproducing patriarchy, by focusing on the historical role of it in marriage.

Romantic love had only really become a thing in the Middle Ages. Prior to this, ‘philia’ or ‘loyal friendship – the love between equals – was considered the most valuable form. However, women were not considered equals; they were not considered capable of loving or worthy of love, as it was an intellectual, higher value. This is because women’s valued role was limited to reproduction. Conclusively, being able to love, was like an exclusive club, representative of oppressive patriarchy where women were considered to be extremely intellectually inferior. Thus, it was used as another way in which women were kept out of different intellectual spheres and ‘othered’ by men.

The belief that women were only really linked to men because of the need for reproduction seems to express the dehumanization of women as ‘baby-makers,’ believing they couldn’t appreciate the love and thus didn’t possess human and intellectually-superior values. Friendship or platonic love was something men only expressed to other men because they only respected men on an intellectual level. It, therefore, seemed that women were there out of necessity, but they saved higher, more meaningful connections (platonic love) for other men. Thus, sex and love were considered two separate things, and marriage and love were two separate things.

Thus, the notion of love was another way in which women were regarded as inferior and unequal in a patriarchy.

Similarly, Confucian ideals formulated love as separate to spousal relationships. “Confucian ideals long discouraged romance between spouses by privileging relationships between men instead. As noted by the late scholar Francis Hsu in his book Under the Ancestors’ Shadow (Columbia University Press, 1948). The strongest relationships were the ones between the men in the family. The disengagement of the husband to the wife was an ideal that was sought after. Love for women was considered weak.

This also emphasizes how Confucian ideals upheld gender hierarchies within families that subjugated women as women were considered necessities for reproduction and to be glorified slaves within families but not allowed to have equal, respectful, loving relationships in their marriage. The disdain towards their wives was symbolic of a patriarchal respect women had to have for their husbands. However, these ideals became less prominent in accordance with the prominence of the communist party in 1949 where arranged marriages were discouraged.

There seems to be a trend with marriage being separate to love. Marriage for so long had been a tool to oppress women. Historically, it seemed to be non-existent and irrelevant toward marriage and reproduction. This is obviously not always the case and especially in modern society. Love is intrinsic to marriage and it is a more accessible and free emotion. However, as it became an idealized emotion within a marriage, it was to some extent, still used to maintain gender hierarchies within marriages. This was especially the case when there was an ideal of the suburban housewife and the breadwinner husband. To be a loving wife, seemed to be synonymous with conforming to a subordinate role.

In some cultures and countries, a woman is expected to show her love and devotion to her husband by treating him like a king and acting somewhat like a servant. On the other side of the spectrum, women have been stereotyped as being dependent and needy for love, from young ages dreaming of their perfect husband and their fairy-tale wedding. Thus the need for love has been framed as a necessity for women which propagates their dependency on men and men’s affection. These are some examples, in which it could be argued that the concept has been used as a tool to maintain the patriarchy within a family unit.

Overall, this article only highlights one-sided speculation of how society has historically formulated and advertised love as upholding the patriarchy. All About Love, written by bell hooks, assesses how the patriarchy prevents people from achieving true intrinsic love. It outlines a different angle in which women seem to be lacking love yet are considered by men as the practitioners. True love would entail a sense of equality but as a concept, it has been formulated as reflecting the interests of culture and society.

Read also:
Unlearning Patriarchal Values
Arranged Marriages: Think Before You Take The Plunge
To Be Sex Positive Or Not To Be?

The F In France Is For Fatphobia