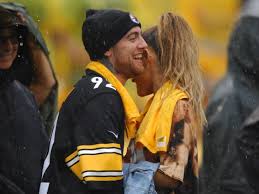 It’s been almost a week since Mac Miller tragically died in an overdose, and many of his avid fans blamed Ariana Grande, his ex for the death. The abuse she received got so intense that she was trending on twitter and she had to block her Instagram comments which were full of people calling her a murderer because of her break up will Miller in May.

As seen by these example pics.

Well, Ariana, these tweets are wrong,  this is not your fault.

The blame directed to her expresses the sinister sexism apparent in our society. Firstly, there are double standards. When Demi Lovato overdosed people were much more critical towards her saying that she is a grown woman who chose to do drugs and no one blamed Wilmer Valderrama, but when Mac Miller overdosed, society seemed to pin it on Ariana. There seems to be an underlying misogyny where people like to blame women.

It also shows that people see women as babysitters and not their equals, they have to carry the demons of their partners on their shoulders.  The abuse aimed at Ariana sends a dangerous message towards women, expecting them to stay in toxic relationships for the well-being of their partner thus indicating that society sees that their well-being is less important than a man’s.

Instead of blaming Ariana, people should have spared a thought about her own mental health. Grande has been through a lot. She admitted to having PTSD after the Manchester attack and no doubt losing Mac Miller someone she had loved would have been extremely hard furthermore she was blamed for her own groping for wearing a dress that was ‘too short’. The abuse she has received has negatively affected her mental health up to the point where she was hospitalised for an anxiety crisis.

Ariana Grande has said that she was involved in helping him remain sober but obviously there is only so much one person can do, the huge burden should never be attributed to one person.

Finally, by making Mac Miller’s death all about Ariana you are denying him of his own legacy and talents and degrading him by reducing his influence to purely being an ex-boyfriend.

Women are not rehabilitation centers for men and should never be expected to be so.