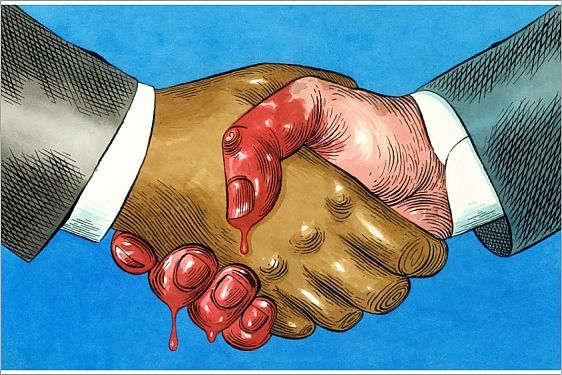 Making up much of Britain’s ‘essential workforce.’ Black, Asian and minority ethnic (BAME) communities are once again in the limelight. This time they’re being praised for the role they’re playing in saving British lives, by sacrificing their lives on the frontline. Whilst the unprecedented praise is deserved, the two-sided treatment of BAME workers as dispensable and dependable in British institutions is more obvious than ever before.

The term ‘BAME’ has been a constant reference point in the news. The reports that ethnic minorities are dying of Covid-19 at a higher rate suggest that the virus isn’t entirely indiscriminate. The term has also dominated other news, with the leak of an internal report exposing institutional racism at the heart of a political party that has always prided itself on its BAME representation.

At what point did BAME communities become such a convoluted but attractive asset to Britain?

‘BAME’ has its origins in the concept of ‘political blackness’ pushed forward by the British Black Panthers (1968) – people of Caribbean, African or South Asian descent, were considered to be “black” as an indicator of political autonomy.

The official use of the term, however, has its origins in the concept of ‘community cohesion,’ where the benefits of formulating a broader label to fight racial discrimination were first suggested. Whilst the focus of community cohesion has always been to ensure that those from diverse backgrounds were positively valued and able to have easier access to better opportunities, it’s worth questioning whether this marked the point in which BAME communities became a dependable/dispensable asset to British institutions.

There is a huge disparity between those who self-identify with the label and the institutional appropriation of the term. An increasing need to reflect the diversity within British institutions has often left those from BAME communities at the mercy of the British elite – used at their whim and discretion.

The Labour party has the highest proportion of BAME MP’s compared to its political counterparts and has a history of championing BAME communities and those from disadvantaged backgrounds. Despite this, the recent leak of a dossier featuring ‘examples of racism and racial profiling that had occurred in WhatsApp conversations’ has exposed the discriminatory treatment of BAME MPs by some of the party’s staffers.

The bullying and mistreatment of Diane Abbot (who has endured constant public criticism and abuse) along with many other Black MPs and the suppression of reports of anti-Semitism are just some of the details leaked. The incident has proven that increased BAME representation is not necessarily simultaneous with acceptance of those from diverse communities working in British institutions. The Labour party’s advocation for increased political representation of BAME communities has been juxtaposed against its inability to support its BAME MPs in the face of the unwarranted institutional abuse they have received.

Ironically, the Conservative party, whose use of the term BAME has been less visible, have seen many BAME’s climbs to the higher ranks of the party, Sajid Javid and Rishi Sunak both holding the office of Chancellor of Exchequer and Home Secretary Priti Patel, who has rejected the BAME label in the past. Whilst there at yet to be any confirmed reports of institutional racism against these rising Conservative MPs, the party has been rampant with allegations of institutional Islamophobia, most notably by one of its MPs, Baroness Sayeeda Warsi.

Although an increased representation of coloured people in the public sphere is very much needed, it has come at a cost.

Has the term ‘BAME’ done more to suppress than elevate?

The pandemic has been described as an ‘equaliser’ but the disproportionate number of deaths of BAME NHS and care workers is proving otherwise. The report that 72% of all NHS and care worker deaths have been of those from BAME backgrounds, has proved to be a ‘worry’ and is a sign that ‘social depravity’ may be a leading factor. This does little to explain the deaths of BAME NHS doctors, who account for 94% of all UK doctors that have died from COVID-19.

There have been calls for the government to be more transparent with how COVID-19 is affecting BAME communities. Just months ago, following Brexit, Home Secretary Priti Patel stated that the government will no longer support ‘cheap, low-skilled labour.’ Now, the government is being forced to recognise the contributions of BAME workers in jobs that require the same work they devalued. With BAME’s making up 44% of NHS workers, the government is facing public scrutiny over the ways in which BAME communities may have been made vulnerable to COVID-19, as a result of a lack of measures in place to support them.

Whilst the NHS has warned that its BAME workers are at greater risk of contracting COVID-19, many BAME nurses have voiced their concerns over just how dependent the hospitals are on their efforts, and ‘feel targeted to work on Covid-19 wards, over their white colleagues.’ With the NHS looking to take BAME staff off the frontline, we must ask why this measure has been introduced so late.

For too long, BAME employees have been used by Britain to validate the diversity of its institutions. Many are now having to suffer the consequences of being unequally treated.

I didn’t think it would take a pandemic for Britain to realise the indispensability of its BAME communities. Will this realisation still stand after we resume with our lives?

Debunking The Myth Of Social Distancing