In 99% of the nations on Earth, it is illegal for men to kidnap a woman in the hopes of forcing a union between them. Within this context, it is not the legality in question but rather the enforcement of it. In Kyrgyzstan, bride kidnappings have been gaining media attention for the blatant lack of perpetrators. Yet, by law, this crime could lead up to a three-year imprisonment maximum. It clearly states the illegality in article 155 of the criminal code in 1994.

Radio Free Europe provides a bit more background on the situation called ‘bride-napping’ or “ala-kachuu” (to take and run away) in the native language. Sometimes within a Kyrgyz man’s twenties, he chooses a woman and has his close friends help him kidnap her. From there, they bring her to her captive’s family home.

There are generally two different things that can happen: the man can either hold her overnight at his family’s home, rape her, or both. This specific course of action is oftentimes a tactic to trick the public into thinking the young girl is no longer ‘pure’. Once a woman’s virginity becomes questionable, her options for a viable marriage are stunted and her community ostracizes her.

An interesting thing to note is that the female family members will then try to pressure the girl into marriage. How they do this is through “[trying] to calm the woman and convince her to tie a white wedding scarf on her head. The traditional white shawl is called a ‘jooluk’ and is a symbol of her submission.” Their involvement might be due to the stigma of rejecting the ‘proposal’ that women will face. Or because they want to help the girl, or simply because they don’t see any improprieties within the cultural practice. 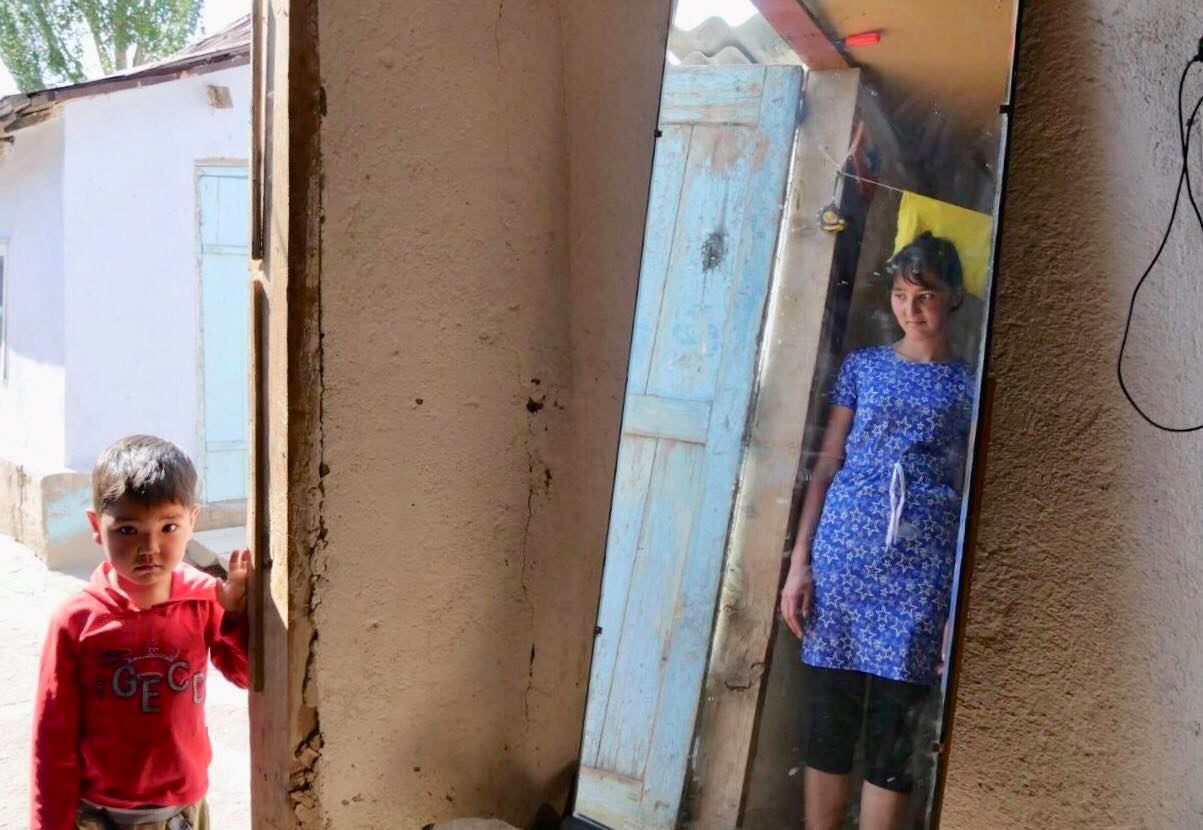 Bride-kidnappings have been the case for 68-75% of all marriages within Kyrgyzstan.

The situation ends amicably if the young woman accepts her new life path. Close to 80% of women follow this route and will receive a white handkerchief on their heads. The next step is for her family to receive a handwritten note explaining the situation. Soon after this happens, marriage ceremonies often take place.

Some claim that bride-napping isn’t a cultural practice, rather an occurrence that has risen following the end of the USSR.

However, consider the economic incentive associated with bride-kidnappings. Some men report that their reason for ‘bride-nappings’ is to actually save money. Sidestepping the grand wedding ceremony and bride price that is tradition, a quick, forced marriage is more than half the price of your average marriage in Kyrgyzstan, according to some reports.

Bride-kidnappings have been the case for 68-75% of all marriages within Kyrgyzstan. All education for the women ceases; child-rearing and household chores are the new normality. To deny the opportunity to choose that life is in fact a human rights violation.

Is it still happening?

The founder of the Kyz Korgon Institute, Gazbubu Babayarova, has stated that “once bride-kidnapping was characteristic mostly to rural areas, but it has become widespread everywhere, including the capital, Bishkek.” Some research performed by the NGO focused on discontinuing the practice of kidnapping young women into forced marriages throughout Kyrgyzstan. The Kyrgyz people in the Republic of China are known to have some of the highest rates of “ala-kachuu.”

I am just now learning about this following the massive protest that took place this spring. Called “Spring without Them,” it followed the two suicides quickly following one another. The two women were Venera Kasymalieva and Nurzat Kalykova and were victims of this practice.

However, some young women will agree to be kidnapped ahead of time. They will know the man in question and agree to uphold “ala-kachuu,” what many consider a romantic tradition. In an article by The Conversation, a middle-aged woman explains that “even [she] was married that way, and [she’s] happy with my family life. [Her] husband never beat [her], and everything turned out well.”

“I felt that I was like a fish caught in a net. I was horrified, worried and very angry,” Ms. Babayarova recalls

In the case of Nurzat of Kalykova, she somewhat knew her kidnapper. Ulan, the man in question, had asked for her hand in marriage but received a ‘no’ from both Nurzat and her parents. They thought it was the end of the issue.

Coming home from a dinner party in November 2010, her parents found Nurzat missing. They received word from Ulan, asking if he could perform a marriage ceremony. Initially, the parents brought her home but after constant pressure from relatives and their community at large, the marriage ceremony took place just days later.

Her husband, Ulan, does not feel any remorse because according to him: “we lived alright, we were friendly,” he says. “To this point, I don’t understand what possibly could have gone wrong.” 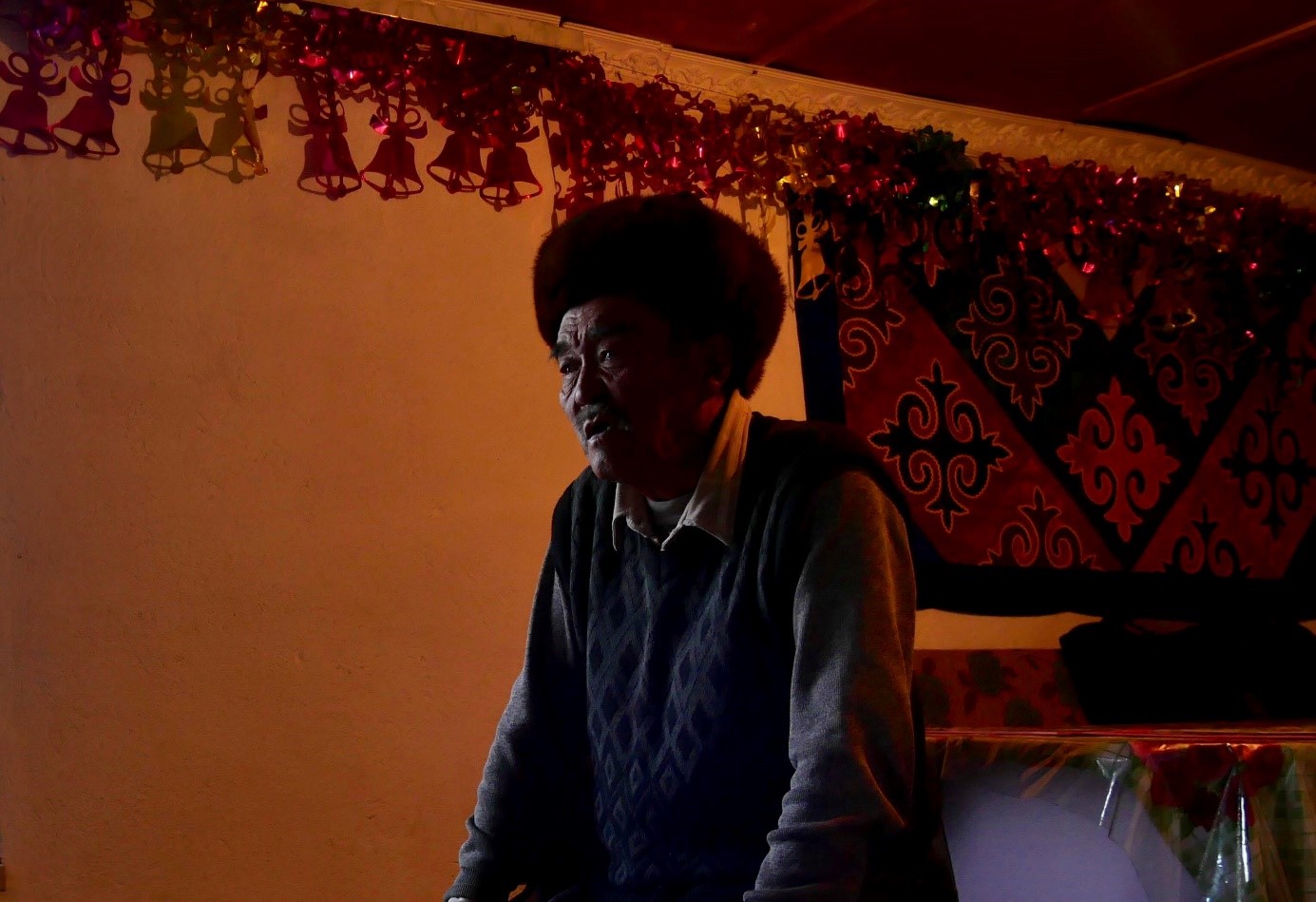 The grandfather of Nurzat Kalykova, who committed suicide two months after being kidnapped. Tyup region, Kyrgyzstan, 2019.

Nurzat is not the only woman to commit suicide after being kidnapped. Venera Kasymalieva went through a very similar experience as a student in the capital of Bishkek.

This, however, is not the end of bride-kidnappings in Bishkek, Kyrgyzstan’s capital. This is also where 27-year-old Aizada Kanatbekova was kidnapped by a man she barely knew and later… the reason for her untimely death. After finding her strangled body in a car, it came to light that her perpetrator had been stalking her for months. Next to her body was also one of her alleged kidnappers with self-inflicted stab wounds. 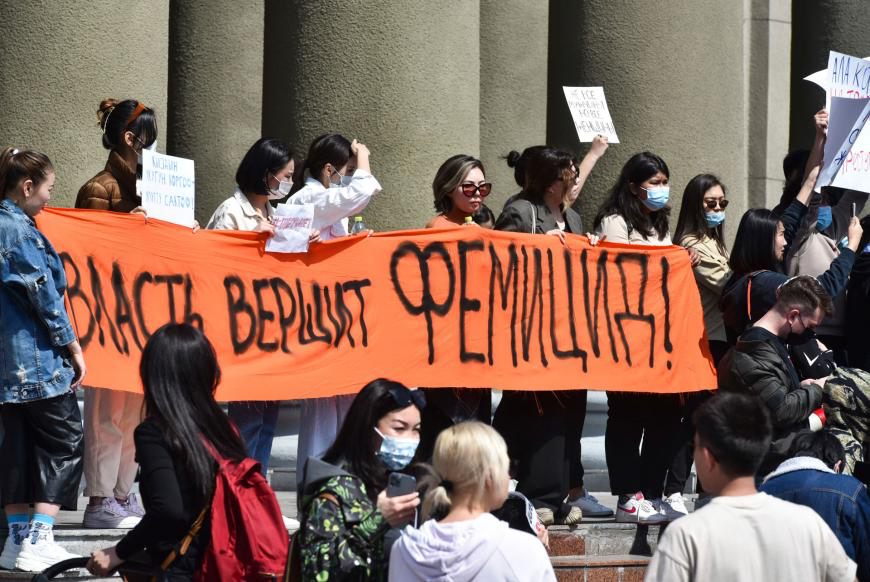 People attend a rally for the protection of women’s rights in Bishkek, Kyrgyzstan, protesting the kidnapping and killing of Aizada Kanatbekova, April 8, 2021. The banner reads, “The Authorities are Responsible for Femicide.” © 2021 Sputnik, Svetlana Fedotova

It was after Aizada’s death that the United Nations System in Kyrgyzstan made it clear they don’t stand with the ….

Arguably the most dumbfounding story is that of Burulai Turdaaly Kyzy. Her life was the kind many young women want: she was a good student, had a man she loved, and supportive parents…. That changed when a man, who has not been named yet, kidnapped her twice. Little is known about the first encounter, yet it is the second one that is a blatant, horrifying example of bride-kidnapping in Kyrgyzstan.

The second time Burulai was kidnapped, her parents reported it to the police. Both the perpetrator and victim were taken to the station. The outright disregard for her safety was put to the test when they were both placed in the same cell. Her corpse was later found with numerous stab wounds.

There is hope. At the Spring Without Them protest, one young man, Abaz Jyrgalbekov, provided a different outlook on the phenomena that resulted in the deaths of Venera and Nurzat:

“I want to marry in a normal way” because “who usually kidnaps a woman? Guys with no self-confidence; who are afraid that a girl doesn’t like him.”

Other protests have been springing up throughout Kyrgyzstan so the opinions of the upcoming generations may be shifting in deference to this age-old custom.

Yet, in regions experiencing conflict, the practice of bride-kidnapping is becoming more prominent and vicious. Recent accounts have come to light following extremist groups forcing young, Islamic women to be their wives. A very common story was the story of over 200 Nigerian schoolgirls being kidnapped. Many were raped and made wives, some were forced to act like soldiers, and some as suicide bombers.

Is this only in Kyrgyzstan?

This controversial experience is echoed, not only throughout the country of Somalia but, bride kidnapping happens in at least 17 countries around the world, from China to Mexico to Russia to southern Africa. In southeast Asia specifically, Laos and Thailand have the highest rates of child marriage according to UNICEF.

A journalist tells the story of Chompuu, a young Hmong girl, who was kidnapped at thirteen years old:

“Suddenly, five teen boys jumped out. They grabbed Chompuu and shoved her into the car. She screamed for help, but no one answered her cries.

The 13-year-old girl was driven to a small house where she was locked inside a bedroom. There was no way of escape. After three days of captivity, in keeping with the tradition of the Hmong people, she was declared the wife of her kidnapper.”

There are a plethora of cultures that perform a ceremony similar to bride-kidnapping and the cultural practices themselves are not being investigated. Rather, it is the lack of consent from the woman that needs to be addressed. There aren’t two cultures on Earth that are identical and understanding that is a key part of dissected bride-kidnapping.

Dismissing Kyrgyz culture because one might get the idea that it hates women or that marriage is the only thing Kyrgyz women can hope to achieve in their lives is simply wrong. the message here is to consider how patriarchy and age-old practices still remind us that there is still much to be improved.

When researching ‘Bride-Kidnappings’, I learned a lot about Kyrgyzstan’s rich cultural history. For example, they are crazy about the Epic of Manas and have entire cities, sculptures, roads, etc named after him. It is known to be the longest poem in history… think about that for a second. And 85% of the country is covered in mountains, earning its name as the “Switzerland of Central Asia.”

These are just two simple facts about a civilization that has seen the rise and fall of empires. A civilization and people that have withstood fortifying weather conditions and the occupation by the USSR. Don’t let “bride-kidnappings” be the only thing you know about Kyrgyzstan.

Read also:
Dowry: No End In Sight Of A Social Malaise
Forced Conversion In Pakistan
Sarah Everard: It’s #NotAllMen. But It Could Be Any Man.

Why Is Animation Important For A Business In Today’s World?