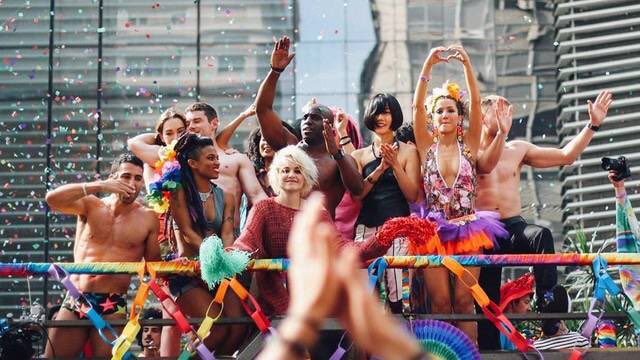 I and many other fans of the Netflix original series Sense8 are bitterly disappointed at the recent cancellation of the show, one of the most uniquely diverse programs of late – all in the cast, characters, and plot. It is one of the first of it’s kind. Netflix announced its cancellation on the first day of Pride month, which is distastefully ironic; a show created by trans-women, with 5 LGBTQ main characters. Shot and set in 16 cities and 13 countries worldwide, all showcasing the diverse range of cultural issues faced in them with characters from them who are somehow still relatable even though Sense8 is an overall sci-fi drama.

Many LGBT and People of Color (POC) youth found Sense8 a safe haven with sub-plots that are engaging, humorous and empathetic to the issues faced in real life while still having the element of escapism. With characters from India, Mexico, Kenya, South Korea, Germany, Iceland and the USA, there is no doubt that a multitude of relatable issues are reflected. This includes: homophobia, transphobia, sexism, western privilege, substance abuse, mental health issues, racism, government corruption, child abuse, and poverty. Not only this, but it also has beautiful cinematography, humor, and great acting to match. To me and so many others, Sense8 promotes love, acceptance, sex positivity, equality and universalism which makes it especially enjoyable to watch in the current political and social climate worldwide.

This isn’t the first diverse show to be cancelled by Netflix, unfortunately. Seven shows, not including Sense8, have been cancelled by Netflix recently, all with one thing in common – diverse writers, an inclusive cast covering important real world issues. I really hope this trend discontinues as to be able to see characters and plots that reflect you, those around you or reflect the issues you are facing in life is a particularly rare thing, especially for the most disadvantaged by society.

A petition for Sense8 to be brought back already as 300,000 signatures, you can sign it here.

Colorism And Anti-Blackness In The Asian Community