There are many things about India which inspire confidence; the diversity of its languages for example, is unparalleled. Treatment of their women, however, is in need of an imminent change. I grew up in India, lived there until I was around 9 years old. That is short enough, I think, to escape the stifling realities the country imposes on it’s women. Every time I visit though, I get pulled right back in. As an educated, liberated brown woman, the situations insight even more anger because I know better. I know that I deserve better.

We had all sat down for lunch at a 5-star hotel in a small little town in Gujarat. My mom, my dad, a table full of my relatives (all married, all with kids) and I. I sat on the edge of the table, the first logical person for the waiter to address. A waiter approached to read out the specials and hand out menus. I glanced up at him and held out my hand loosely, expecting to be handed a menu. He ignored me completely, and handed the menu to my father, who was busy playing with my cousins. “Sir!” the waiter nudged him, trying to get his attention. He turned to look at the voice and the hand that was holding out a menu. His hands were full of babies so he glanced down at me, questioning why I hadn’t taken the menu instead. My incredulous expression told him everything he needed to know. He put the baby down, took the menu and handed it to me.

My cousin and I had just walked into a shop to get some breakfast for the family. We were having an animated discussion about the concepts of art that differ between our countries, and he was dubious about the idea of ‘fine art.’ We approached the man who was busying bagging and tying up some chutneys.

My cousin pointed at the yellow bread in front of him, “Bhaiya, how much for 3 grams of the handva?”

“Sir! I’ll give you a great deal today, since you’re so early! 150 rupees for 3 grams! Just for you, sir!” he spoke animatedly, repeatedly gesturing.

My cousin looked at me, “You want to get some other stuff too?”

“Bhaiya, how much for those?” The man glanced at me quickly and answered him.

My 10-year old cousin was assigned to walk me to a hair salon nearby since I carried no sense of direction. While we were walking, he was telling me about how his teacher chose to deal with trouble-makers.

“She never punishes me, Didi!”

I smiled down at him, “Of course not baachu, why would she?”

We walked into the salon, and my 10-year old genius approached the main desk with confidence. The man behind the embossed desk lowered his magazine and looked at him.

“What can I do for you sweetie?” He smiled kindly.

He looked back at me, staring at the large variety of options available for my hair. I was lost in them and he had to tug on my hand to get my attention.

“What do you want Pooju Didi?”

“Um…. What treatments can you recommend for dried out hair?” I spoke in slightly hurried Hindi. The man behind the desk looked like I had spoken French to him.

“She wants treatments for dried hair!” My cousin reiterated excitedly, using the same sentence I had.

“This one,” the man pointed to the menu.

I had a 10-year old chauffeur.

I had a conversation with my various aunts about this phenomenon. I expressed my concern about the loss of my own identity, and the response I got was startling.

Many women (note: many, not all), are woefully ignorant of their own oppression. Or even worse, they are aware, and choose to remain passive. And this, this will truly be India’s greatest tragedy: creating unbothered women.

On a hopeful note, the revolution is coming, ladies. Let’s get ready to take what’s ours.

In Remembrance Of The Stonewall Riots: The Lasting Impact On The LGBTQ+ Community

It’s Okay To Not Be Okay

I've had my head stuck in books since I was born so I thought I'd give the other side a shot. 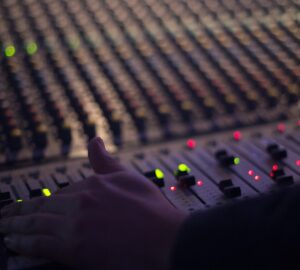 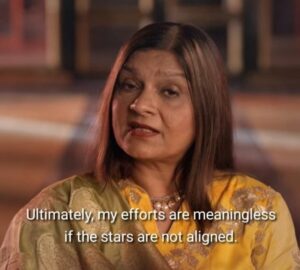 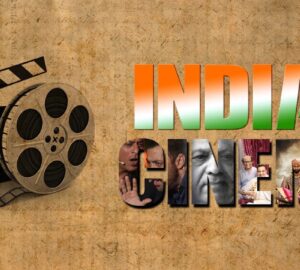