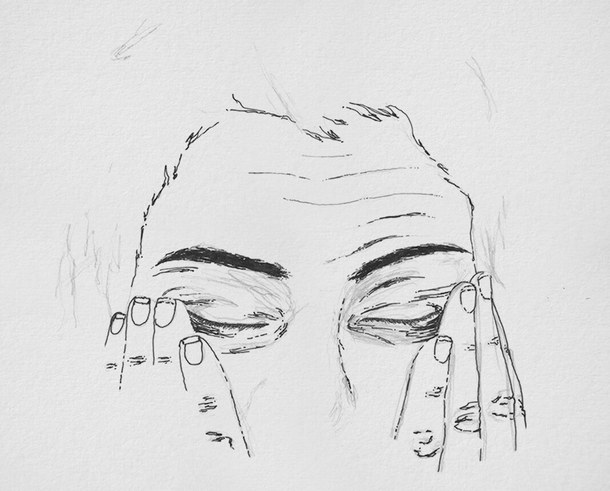 I first wrote about this topic, about my own story, two years ago in my blog, when I initially realized that I have depression. I’ve decided to do a follow-up on that.

We have come to a time where depression is openly discussed about, and our society is finally aware of. There are some who are understanding about it, which I’m extremely glad about, as I’ve seen families being supportive and friends motivating by being there whereas there are some others who are not. People are still saying, “oh what do you mean you have depression? It’s just a phase.” or “Stop crying, get over it.” or “You have to fight, you can’t keep sitting down there saying it’s depression.” “Cheer up,” “He/She is simply getting attention.”

I get extremely offended and feel bad if I see someone [or even myself] getting such remarks because this is not the kind of support they deserve. Neither are they craving for attention, nor is it a phase.

Personally, I still don’t get it why people have to be so insensitive, and instead of demoralizing someone and/or making them feel abnormal, why don’t they just say something positive to motivate them? For instance,

“Hey son, I know you’ve been having a rough day or you’ve been going through a lot, but just remember, there’s still hope.”

“Hey, you know what, I’m going to be here listening to what are your thoughts and feelings.”

“Alright if you want to be alone and have some time to yourself, go ahead, but I’m going to be just here waiting. If you ever decide to let out, I’m always here.”

“Hey dear, you’re beautiful just the way you are.”

I mean come on, there are a lot of positive ways to light up someone’s life. In the name of tough love, people actually hurt someone. I don’t know what the point of tough love is when it makes someone’s life worse. As far as I’ve known, tough love or being fierce with your comments has never helped. I hope people will take this into consideration and be more sensitive with each other.

As a matter of fact, depression is a long-term struggle. It is not always short-term. However, it can be prevented. It is not always curable, but it can be healed. We are constantly fighting the battle; we are not just sitting there bragging that it’s depression. We are fighting. Always. It is never easy. It has something to do with the emotions, thoughts, determination, a proper support system, inspiration, motivation and most of all, the sense of self-reconstruction.

To summarize, It has been two years. I’m still under depression but I have agreed on the journey to fix myself. In other words, self-construct myself. People face depression differently. I handle it differently now and then. I still do have my gleeful days and my gloomy days. When I’m in a buoyant mood, I can hear all these voices crawling into my mind and manipulates my atmosphere and my thoughts which turns into massive anxiety. Yes. I get anxiety attacks. It has been a year. I am still learning how to prevent it from affecting me as there were times I’ve passed out and woke up facing the toilet floor. When I’m in my dreadful days, my depression gets worse. I’ll zone out from everyone. I’ll become more doubtful, fearful and I’ll get this excruciating pain within me.  There were days, I felt empty and my feelings go numb.

As a result of that, I started self-harming to ease the pain during my [rebel and short-tempered] teen days and my initial days of my depression. Trust me, it is not a good feeling afterwards. I started hiding my arms because I felt embarrassed. I don’t usually wear short sleeve tops as I have my own insecurities [well, that’s a different story], so I always wear long sleeves which helped me hide away my scars. I shun away the idea of even wearing a half sleeve. With that said, I kept doing it. It became an addiction. The scars were not deep. So, I thought it was totally fine to keep doing it. Whenever someone or something makes me upset or angry, I fell into the addiction of self-harming. Till one day [last year], I had no idea what I was doing and my cut went deep. That day, I swore not to do it again. I still have that bumpy scar in my arm till today. It is a reminder for me that what I did was a huge mistake. The addiction didn’t heal me but it just made it worse.

Due to the cut in my arm, I am facing a most common skin disorder called Dermatographic urticaria. It is more like an allergic reaction, when I feel itchy, it results in reddish and swelling scratch marks. I’ve seen the doctor and was prescribed with tablets and creams but I’m still struggling with it even today. It gets really difficult during the night sometimes where my skin has become so sensitive that even if I scratch a little, the itch affects everywhere and it lasts for about 30 minutes till the itch subsides.

To get back to the point, NEVER get into self-harm. I was lucky that it’s only the skin sensitivity that affected me. There are many others that faces worse, and it can even lead to death. It is never a closure for the pain, the thoughts and the depression you’re going through. It will make everything worse. It reflects really bad and it gets really difficult in the future. You’ll start thinking about how you shouldn’t have done it.

The aftermath of self-harm is terrible.

Subsequently, I decided to motivate myself. Honestly, I’m one of those people out there who don’t have a proper support system. I tried reaching out to my family but they just couldn’t understand the importance of what I’m going through. I don’t have a lot of friends. In fact, I don’t really have a good surrounding. I lost many friends over the years. People tend to forget me, just used me for the moment, blames my sensitive and emotional nature and well, just blame me for being the “problem.”

I never really had a true connection or a group of positive people around me. Which actually made my depression and overthinking issue worse. I even tried to reach out to a counselor in school [as I’m not financially stable] but I felt that even my own counselor was judgmental and quite narrow-minded. I even tried doing an assessment; my result stated that I have a trauma of whatever happened in my past; my bullies; friendship; pain, I have trust issues and depression. The trauma actually keeps accumulating after every incident I faced. I still feel fearful of what others might do to me to affect my mind and my heart. Considering the failure of asking for help, I knew this was not going to fix me.

On the other hand, I still believe that I am my own hero. I just shunned away and/or totally resisted assistance from anyone. I started helping myself. Up until recently, I have been going through pain and have been affected mentally and emotionally by closed ones but I have learnt how to deal with it. I don’t cry often anymore. Even if I did, I just give myself a day or two and then I’m back on my feet to move forward. The only thing that keeps me going is my determination to be a better me every day. I decide to face the world with pride, positivity and confidence. As I said, I do have my dreadful days, my inner demons are still haunting me and people around me are still putting me through pain but that’s not going to stop me from moving forward. I am going to continue to discover myself, my talents and most importantly, prove myself that I was born to do something and make a mark.

More importantly, I realized that, in order for others to help you, it has to start from you. If you start being your own hero, the right ones will not only come to rescue you but also be there during the whole process of recovering.

Lastly, the main reason why I’m writing this is because I wanted others to also be aware that as much as you’ll think that we are seeking attention, we are also trying our best to overcome our mental health. If you want your daughter/son to be happy, be there for them instead of complaining that they’re always sad. Change the perspective and the whole atmosphere around them to positivity. If you want your friend to fight depression, don’t just tell them to fight, but be there during the process. Understand their plight and feelings. If you, as a human being, wants the number of suicide rates to decrease, make a difference. Start understanding that depression or any other mental health is not an unchallenging battle but it’s truly a struggle. Someone might look ecstatic at work/school/restaurant/anywhere but you wouldn’t know how he/she was fighting with their demons the previous night or currently battling it in their head. Observe your family members’ and friends’ behavior. If you think they’re acting differently, they are being bitchy and rude, laughing for everything, before you call them “attention-seeker” or a “bitch,” talk to them or even try to help them take the first step to get out there and face the world. You don’t need to be related or to be someone’s friend to help. Show them love, concern and it’s vital to show them your utmost support. All of these will definitely refrain someone from taking a drastic decision and perhaps, it’ll give them the light of positivity and hope to live again.

Break out from the stigma of depression.