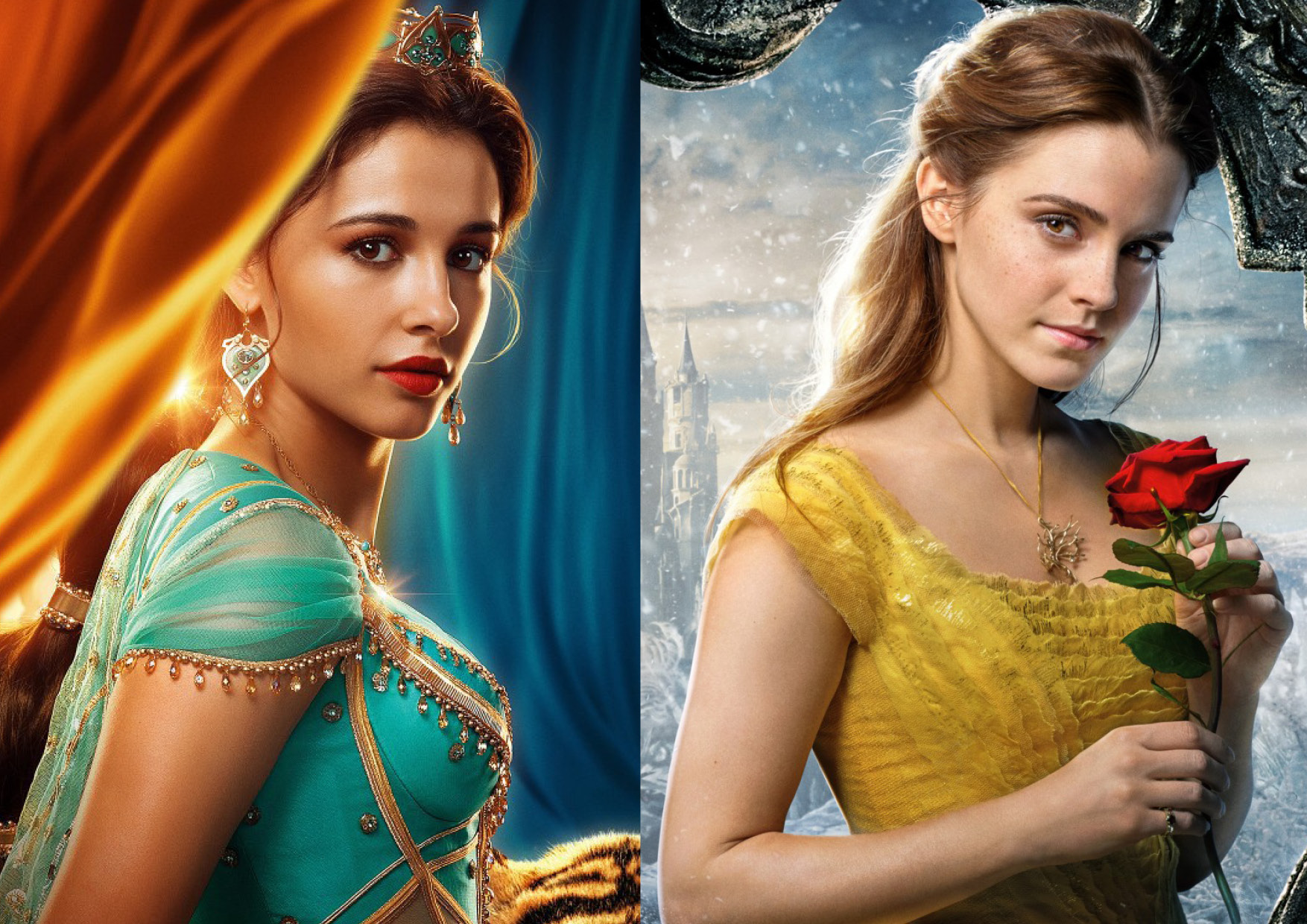 “There’s always a desire to tell and retell stories. This is how we share and create culture.”

Lindsay Ellis, The Case for Disney’s The Hunchback of Notre Dame, YouTube

Disney’s animated features are one of the most beloved movies that were created during the Renaissance Era of animation. Films like Beauty and the Beast, Aladdin, Mulan, Pocahontas, and The Little Mermaid are the biggest and most successful films that were released. From the musical numbers and beautiful animations to charming characters, these films have created a massive impact on our generation.

Now that we have entered a new generation, Disney is remaking these beloved tales into live-action films to appeal to the younger generation. Unlike the original films, the remakes do not have the same impact or magical elements that were previously captured in the animated features.

Rebranding Disney for the youth

In the wake of the Disney live-action remakes, whether or not Disney was rebranding their company to show that they cared about diversity and inclusivity were questioned. Previously, the company was accused of racist and ethnic stereotypes during the Renaissance Era. There were a lot of issues within the movies that Disney tried to correct in each movie.

While the live-action remakes are a huge success, there were other issues. The new remakes have changed some character traits and added a few subplots. Sometimes, this really does not lead anywhere. Also, adding feminist twists to correct some of the earlier criticisms that Disney faced in the past. These attempts were to make the live-action films more progressive and inclusive to the newer generation of audiences.

In addition to the issues found in Beauty and the Beast (2017), I will be looking at Aladdin (2019) on whether changing plot devices and adding a feminist twist to the live-action remakes were done to repackage the Disney properties. Also, I will discuss if these movies were rebranded for progressivism as a means of feminism and representation to a younger audience.

Beauty and the Beast (2017): inventing character traits and plot devices that lead nowhere

In Beauty and the Beast (2017), it follows the same basic plot as the original movie. However, there are a few changes in the live-action remake. In this version, Belle has new character traits and a new plot device. She is introduced as an inventor, just like her father. Unlike the animated feature, this movie introduces another character, her dead mother. The issue with these particular changes is that once it is mentioned in the First Act, these plot devices are never used again to drive the story forward.

Were these plots used as a rebuttal to the earlier criticisms that the film received? What was the point of making Belle an inventor and mentioning the dead mother? In most of the Disney Renaissance Era movies, the mothers are absent or dead. The only parental figure in the movie is the father. Maybe the filmmakers wanted to change and add the dead mother plot for Belle’s story to have more depth and connect to the Beast. (in this version, the Beast loses his mother too)

The extravagant set designs and recording the original musical numbers with a whole new cast is meant to do only one thing: invoke nostalgia. It seems as though the purpose of repackaging these Disney properties is only to fix plot holes that were supposedly in the original films. The problem is that there were not any plot holes that needed to be fixed. By writing Belle as an inventor, where does that plot device lead to at the end? She does not build anything when she tries to escape the castle twice. This is an example of remaking feminism by reinventing a character to add more feminist attributes.

Aladdin (2019): an attempt to rewrite the complicated history of the past

It is no doubt that the original animated feature has a lot of issues, such as having a dominantly white cast and reveals a lot of orientalist stereotypes. Agrabah is described as a city that is filled with mystical exoticism. Some of the characters in the city are written as barbarous-sword wielders and sexualized belly dancers. Jasmine is trying to escape the patriarchal and oppressive culture while her father is trying to get her married off to a prince.

In the remake, Jasmine tries to prove to her father that she can handle the affairs of the city. She is written as an intelligent and knowledgeable character. This is not inherently a bad plot device. It shows that the filmmakers were at least trying to right some wrongs. Jasmine does not submit to Jaffar’s desire and stands up to him.

There were a few interesting changes to the plot. Just like Belle, Jasmine has a dead mother who is supposedly loved by her people, and this drives Jasmine to be a caring Sultan. After the mother dies, the Sultan does not want Jasmine to leave the palace. This causes her to leave the palace regardless of her father’s wishes. In the original film, Jasmine leaves because she feels as though her freedom is only limited to the confines of the palace.

While they removed some of the racist stereotypes, it still grappled with many orientalist stereotypes. The movie had other issues, such as mixing up South Asian and Middle Eastern cultures and rumors of whitewashing background characters. The director hoped to cast white actors in a film with characters of Middle Eastern and Indian descent. It was also said that Disney was having a difficult time casting the two main leads.

The trends of cultural approval

These animated features are the most popular collection of properties that has ever been made by the company. To see these properties tweaked and rendered into a new product while also keeping the same basic plot is somewhat underwhelming. They have changed character traits and invented new plot devices to make it seem progressive and inclusive but only to a certain extent. But some of these changes are quite necessary if Disney plans to retell the same story.

Truth be told, Disney is never going to stop making these remakes regardless of how we feel about them. These movies have already proven to be money-grabbing, and they will be for the next 20 years. The reason why we watch these stories is that we are familiar with them. We know how these stories end. Disney may not care about correcting what had happened in the past. Their main goal is to change these narratives to fit into the audience that is currently watching these movies.

So while Belle and Jasmine have new character traits and plot devices that make them strong, independent and clever characters, some of them are not useful at all. Especially if they do not move the story forward. These plot devices are only used as a means of repacking the old stories to make them fit into the current culture for approval.

Even if the Disney brand is repackaged to a newer audience, it still faces a lot of problems. From Le Fou’s introduction as a gay character, which was only teased on-screen to Mulan rejecting the core values of her character traits to make her more feminist. As the film industry is going through a much needed cleanse up with #MeToo and #TimesUp movement, I suppose it is important to change some traits and plot devices that were previously problematic.

The generations of Disney princesses have changed and evolved. Each generation has tried to redo some of the wrongs, yet Disney is still falling into the same problems. From submissive characters that lack agency to sacrificial lambs and martyrs to finally, exoticized ethnic characters. Even during this era, Disney was trying to rebrand itself, but the company failed. Racist and orientalist stereotypes still exist in their movies from a decade ago.

So whether or not Disney remakes these movies to appeal to a younger audience with more spectacular graphics and inventive storylines, people are still going to watch it. Disney has already announced a live-action remake of The Little Mermaid and Peter Pan. Who knows what changes the directors will bring to the table.

Read also:
Disney’s Aladdin: Is An Orientalist Representation Better Than No Representation?
Demi Lovato – She’s More Than Just An Artist To Me
Should We Hold Feminist Media To A Higher Standard?

Men, This Will Forever Change How You Walk On A Dark Street