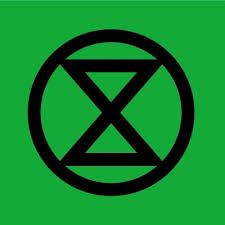 The world is in a state of emergency and something needs to be done about it.  That is an indisputable fact (though many seem to be trying).  Our governments are culpable in the deaths that are already happening due to climate change and without quick, immediate action they will be culpable for many, many more.  The UK government recently voted against adding a 1p charge to certain fast fashion items to try and curb the extreme effect the textiles industry has on the climate.  Trump granted drilling leases that will produce more pollution than the whole of Europe.  If nothing changes and fast, we are well and truly fucked.

Enter Extinction Rebellion (XR).  They want the government to act now to ensure that the UK is zero-carbon by 2025.  Ambitious, laudable, necessary.  Their tactics are to use civil disobedience and illegal but non-violent action to get attention, and it works.  The government declared a climate emergency after their April protests.  This wasn’t enough though; despite declaring an emergency they are not working at a pace that satisfies anyone worried about global warming, so XR held more demonstrations throughout July.  And this is where the lure of XR falls apart.

To make their point about rising sea levels and all their other concerns they used big boats to block the roads, which arrived on big trucks.  They blocked roads needed for ambulances.  They largely arrived in vans piled high with tents and supplies (particularly galling in the Leeds one, which was two minutes walk from the train station).  They cooked on gas barbecues.  They went to the corner shop and returned with single-use carrier bags full of the heavy water using and biodiversity crushing almond and soya milk.  They piled supplies in an offices fire escape.  They blocked disabled access into the offices nearby.  They used aerosol paint to graffiti.  And, on a personal note, one of the activists rushed to steal a seat from me, a visibly disabled person, in the local coffee shop even though there were other seats available just a few paces away.  Where do these tactics get them?

Aside from the obvious hypocrisy of creating more traffic and therefore more pollution, using cooking methods and aerosols that pollute and buying food that directly contributes to the situation they’re arguing against, the biggest effect they had was to disenfranchise low paid workers.  The road they chose may be one of the most polluted in Leeds, but it also homes mostly to insurance companies and financial companies, who, by the very nature of their business, don’t make anything that creates pollution.

On a road just a minute away is the entrance to the Asda Home Office, if their goal was to make the people who can control it take notice, why didn’t they go and block the entrance to their car park?  Asda, like all supermarkets, not only produce mass amounts of plastic for packaging, but they also have the power to decide what crops, packages, and foods we as consumers have the option to buy.  They could make a big impact by using environmentally friendly packaging, by not buying stocks of crops that reduce biodiversity, by pricing plant-friendly food options cheaper.  But they were completely unaffected by the protest.  The publicity of shutting down the main road and thus having to divert ambulances and buses was worth more to XR than taking the fight to the people who actually matter.  Greenpeace protesters recently drew widespread media attention by blocking Boris Johnson’s car on his way to take up residence at Downing Street (#NotMyPrimeMinister). This was perfect; it made for big news, it affected someone who can make a change and it didn’t disenfranchise any vulnerable people.  This is the kind of action XR should be focusing on.

XR has drawn fire in the past for their elitist attitude as well.  They encourage protesters to actively try to get arrested as mass arrests will draw more media attention.  Members have been known to say things like ‘if you’re not willing to be arrested, you don’t care enough’ and even ask people joining to sign forms declaring they’re willing to participate in illegal activity (which, in British law is tantamount to criminal conspiracy).

But where does this leave the people for whom getting arrested is not an option?  Black people, trans people, Muslim people, who would all face increased stigma and potential violence both at the hands of police and fellow prisoners.  Disabled people who would face physical and psychological damage in prisons.  People who want to change the world but have to pay rent and would lose their job if they were arrested.  Parents, especially single parents, who want a better world for their kids but don’t have the option of disappearing out of their life for a few months.

Their stance that making a better world at all costs (except the cost of using public transport to access protests, apparently) actively discourages, disenfranchises and disheartens people who are fully on their side.  They need to think very carefully about just what message it is they think they’re spreading.