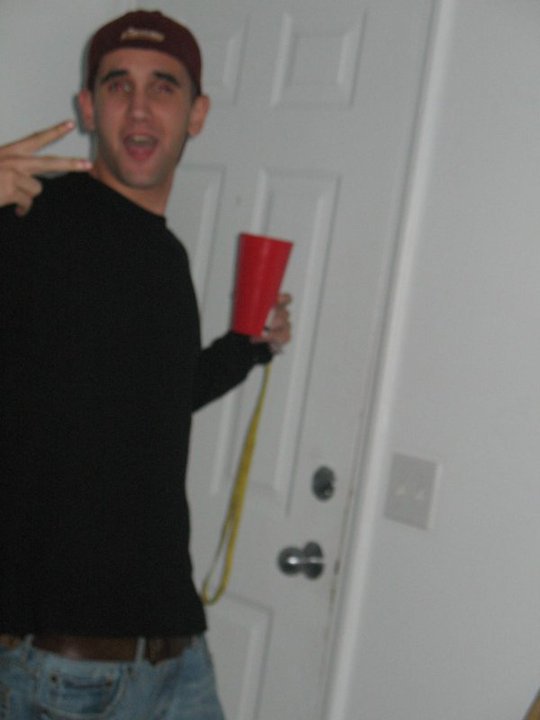 Since John Miller wasn’t intelligent enough to not admit to being a sexual predator on his public Facebook page, it should come as no surprise that he posted not one, but two follow ups.

This is from his timeline – where he originally got “crucified,” as the self-serving twat puts it:

I made a post about the #MeToo movement that went viral. At first it was received with love, but then things got ugly.

My Facebook wall and business pages were vandalized by vicious commenters. I received threats of violence. Some people were even hash tagging “SendJohnMillerToPrison.”

Well, considering that you just publicly admitted to raping multiple women multiple times – I would say you got off easy!

But this article is not about that. This is a bigger conversation about a huge societal problem. I’m wanting to shift male perception around acceptable behavior in regards to sex.

The truth is I was a douchebag in my college days and objectified women.

Wait a second. Being a rapist goes far beyond being a douchebag. And second of all – how have you “shifted male perception?” So far, all you’ve done is tentatively suggest that raping women is bad, but not bad enough for rapists, such as yourself, to merit outcry.

I’m choosing to share about it openly now. I believe doing so is a necessary step in the collective healing process between men and women.

Good lord. Admitting to being a rapist isn’t about healing – it’s about accepting responsibility and facing the consequences of your actions. These may include: outrage, shock, women understandably avoiding you, being expelled from your friend group, losing your job, and facing legal action. Owning up to being a sexual predator shouldn’t be met with “love.” Abusers don’t deserve a pat on the back for realising they’re bad people.

This is about alcohol and party culture and it all ties into our patriarchal system.

We all saw the darkest sides of sexual abuse after so many courageous women posted for the #MeToo movement. I’m making the point that this social issue extends into grey areas that we don’t necessarily recognize as wrong.

I’m calling on men to look at these grey areas so we can own our part in this.

I think I get how John works now – he puts on his caring, understanding persona that truly gets it. And hey – maybe being a rapist does give him a really special view into the sexual violence women face everyday!

I want men to consider the possibility that it is possible to traumatize a women [sic] without immediately [sic] realizing it. Back in my party days I never thought my behavior was wrong, I thought it was cool.

Wow. What shitty people were you hanging out with that encouraged raping people?

And so we need to consider the emotional implications for all of the men who are thinking the same way now.

Wait. The “emotional implications for all of the men?” The ones that are, as John elegantly puts it, “traumatizing women?” The ones who wouldn’t even have to think about the consequences of their actions without women speaking about the pain of being raped and assaulted? They’re hardly the ones that need our attention right now.

In my original post I said I felt guilty about my past and because of that it was traumatic for me. I think that was the main reason people were so angry.

Imagine being this invested in your victim complex.

It came off as comparing the pain of abused women to that of their abuser, which is a ridiculous comparison. But men are affected by this disgusting culture, and that is very important to understand.

I’m not going to give John the benefit of the doubt and assume that he’s discussing how male rape survivors are also victims of rape culture. Unsurprisingly, he continues to make this about his own hurt feelings and shock that people hate rapists. This guy’s a lost cause.

So the point is we were all born into this sexually misguided culture, but that is not an excuse for bad behavior. It’s an opportunity to take action.

Again – wrapping up this little public confessional in a feminist bow isn’t going to make you less of a rapist.

And that is my objective for writing this article; to open the conversation so we can move forward.

As in: rug-sweep your sexual abuse for you?

Well, I think it’s safe to say that John has learnt diddly-squat from his very painful, traumatic experience of being treated like the rapist that he is. And strangely, neither have the people around him! John Miller’s ability to blithely disclose crimes and skip away with his life, friends and career intact is a microcosm of 2017’s sexual assault scandals. Rape culture has been so deeply ingrained into our society that even when predators are exposed, they are met with warmth, not consequences.