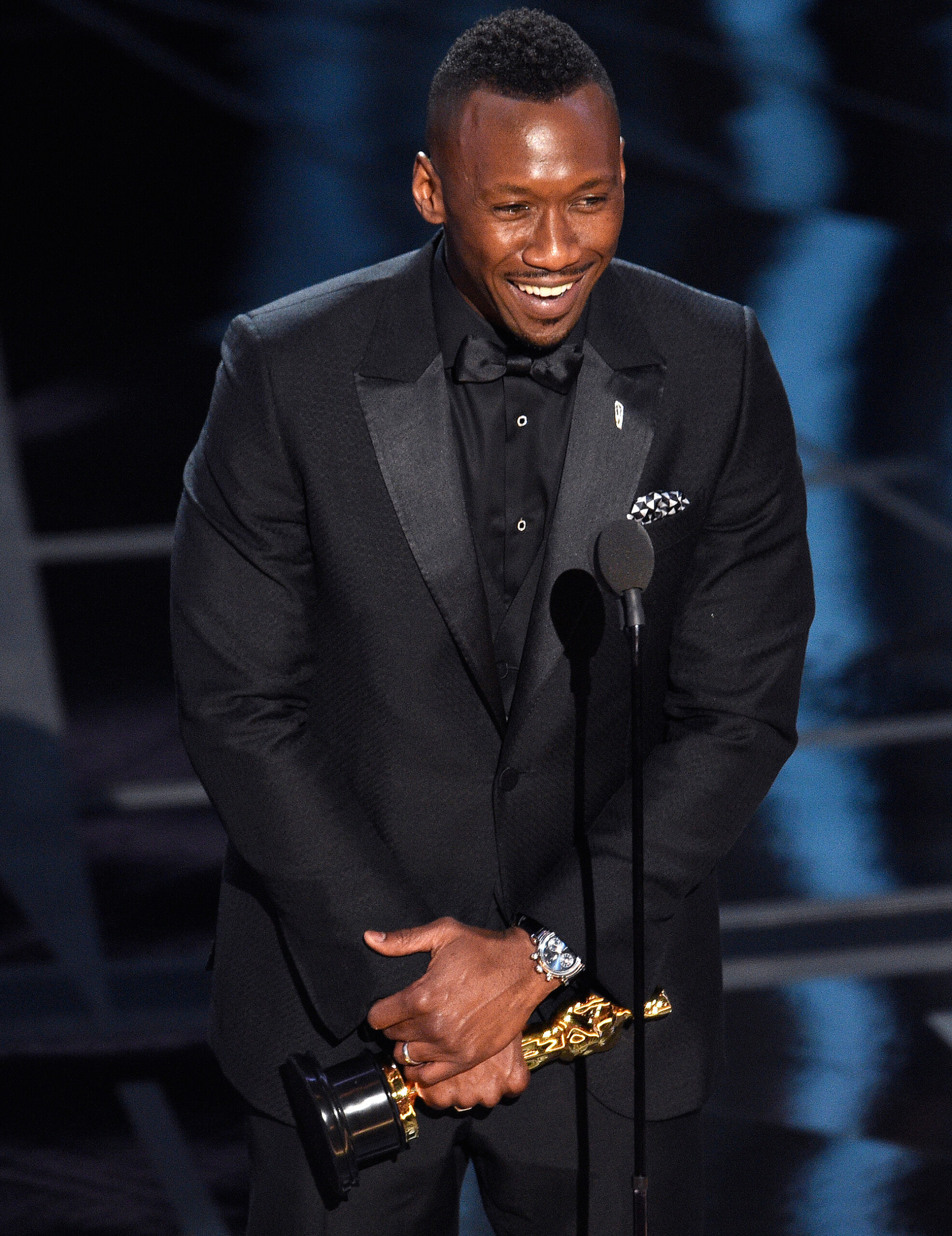 Mahershala Ali accepts the award for best actor in a supporting role for "Moonlight" at the Oscars on Sunday, Feb. 26, 2017, at the Dolby Theatre in Los Angeles. (Photo by Chris Pizzello/Invision/AP)

I had no plans to watch the Oscars until I was scrolling through my twitter feed, and the news broke out.

Mahershala Ali had won an Oscar. Imagine that. A non-white person had won an Oscar for Best Supporting Actor. Such a huge moment, a breakthrough for black people, for people of color. Then, all the attention was focused on the fact that he was Muslim.

The first Muslim to ever win an Oscar. The blackness had been erased. It had been omitted from him even though it is a part of him. No longer was he a black man, just Muslim.

I didn’t even realize he was until I stumbled upon a tweet about it, and I did my research, and Google told me he was, in fact, an Ahmadi Muslim. A convert too. And I wondered why no one was tweeting about him being an Ahmadi Muslim. Just a Muslim.

Every Muslim on my timeline was celebrating the fact that the first-ever Muslim had won. Yes, that is great, but you cannot just erase these parts of him- that he is first a black man and secondly, an Ahmadi Muslim.

However, all these tweets I read from fellow Muslims, celebrating such a win. These are also the same Muslims who do not believe in any other sect except Sunni Islam.

In fact, they aren’t even regarded as Muslims in the eyes of most Muslims. And here you are, celebrating his win like it is your own, but you would never claim the sector he comes from?
They aren’t just Muslims. Say it. Out. Loud.

Mahershala Ali is a black Ahmadi Muslim and another big winner tonight, Asghar Farhadi, a Shia Muslim.
You cannot condemn, join in the prosecution of their sect, and on the other hand, want to claim their wins as your own. Also, being black and Muslim is hard; they are fighting a double battle against Muslims who look down upon them for being black and a white world that only sees their color, and that struggle needs to be recognized, not erased so that you can feel better about being Muslim.

I’ve also read tweets about how Islamic scholars have regarded Ahmadis as non-Muslims. Wow, I didn’t know Allah became a bunch of creepy bearded misogynistic, judgemental, hypocritical old men who endorse the killing of any Muslim man, woman, even child who isn’t Sunni or straight or ‘modest.’

If this offends you, I do not care. I do not listen to men when men can so easily twist any religion to fit their selfish wants and needs.

When did we make a man’s word the same as Allah’s? Has no one ever read the part where one is only no longer a Muslim when they themselves say they aren’t? That is such a big part of God’s words Muslims love to leave out- that it is a sin itself to claim a Muslim as a disbeliever when they themselves state they are Muslim.

And to all the Muslims, I am saying this as a Muslim woman who comes from a Sunni family. I need you to stop claiming the win as yours if you do not recognize Ahmadi and Shias as Muslims if you do not recognize that they are minorities who have been heavily persecuted and oppressed by Sunnis/Wahhabis/Salafist and major Islamic Sunni governments around the world and if you cannot even accept and say Ahmadi Muslim or Shia Muslim because it is unfair to them.

Do not take this away from them the way you take away their beliefs, their religion, and even their lives.
This man, standing on that podium, clinging onto that statue, does not only represent Muslims. He represents his black brothers and sisters, and he represents the hardships of being black in a white industry, he represents Ahmadi Muslims.

Mahershala Ali is the first-ever Black Ahmadi Muslim to win an Oscar. Loud and clear. And that is he who is.

The Hypersexualization Of The Female Body