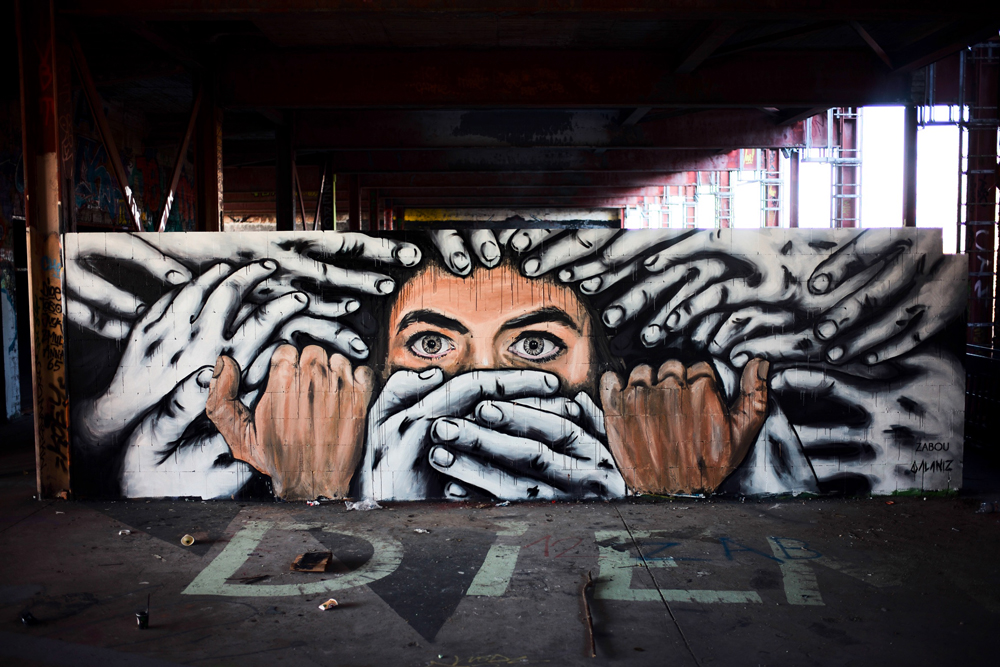 And my only question is why? Why are some of you so comfortable with people being tortured mentally, physically, and emotionally that you refuse to let them talk about it?

I remember sitting with my dad the other day, watching an old episode of Little House on the Prairie, which I think is a show most would consider to be a fairly lighthearted and innocent show from back in the day. However, this episode turned out to be far from lighthearted and innocent. In fact, it was the complete opposite. It portrays the story of a young girl, Sylvia who develops early physically, and as a result, becomes subject to eve-teasing by the boys in her school. Sylvia is already the new girl at school, and the unwanted attention she receives doesn’t make it any easier to adjust to her new life.

The boys, as society wants to put it as “being boys,” one day sneak over to Sylvia’s house and try to get a peek through her window. Her father catches the boys, and instead of blaming them, he comes home and blames his own daughter, saying that SHE must have been the one to provoke the boys somehow. Despite Sylvia’s constant and truthful denial, her father doesn’t listen to her one bit. He locks her in her room, and she proceeds to wrap her chest in bandages to hide her body, with tears running down her face. Now, this is what hit me even harder. As a result of her son’s eve teasing escapade, one of the town’s women, Mrs. Olsen calls a school board meeting to discuss Sylvia’s “misbehavior”. In the meeting, Ms. Olsen attacks Sylvia’s character and calls her a “cock tease,” in front of her teacher Laura Ingalls Wilder, as well as Doctor Baker and Mr. Garvey. Thankfully, Mrs. Wilder steps in and stops Mrs. Olsen’s defaming of Sylvia, and even defends her.

As the episode continues, things take a very dark turn for Sylvia. I watched in horror, as she while walking home from school is grabbed by an unknown, masked figure and raped. When she makes it home, she bravely tells her father about what happened to her, and instead of comforting her and making sure she gets the help she needs, he hurls insult after insult at her, and warns her not to tell anyone.

The next day, she gets teased yet again, but gets sent to Doctor Baker. He senses something is wrong, and even Laura agrees. However, Sylvia’s father shows up and blames the bruises Doctor Baker observed on a nasty fall down the stairs.

Sylvia is then found to be pregnant, as she collapses one day at school. At the end of the episode, the masked rapist comes after her yet again, and she runs up a ladder in a barn. The rapist is shot by Sylvia’s father, but unfortunately Sylvia falls from the ladder and straight to her death.

Now after listening to this story, my question to you is was all this worth it? Sure, it was just a show. It wasn’t necessarily real. But was Sylvia’s hypothetical demise, not just at the end of the episode, but constantly through the hardships she endured really worth it? Little House on The Prairie takes place in a completely different generation, a completely different time. But you know what hurts me the most? It’s that so many share the views of Sylvia’s father, and Mrs. Olsen even today. In the 21st century. So many people, female and male…are told to just keep quiet about their trauma. They’re basically told their pain means nothing.

The Connecticut Alliance to End Sexual Violence website lists the following, in my opinion, terrifying statistics: “Victims of rape and attempted rape who did not report to the police did not report for a number of reasons. 43% of victims did not report because they thought that nothing could be done, 27% thought it was a private matter, 12% were afraid of the police response, and 12% felt it was not important enough to report.”

People around us…our parents, relatives, friends get so alarmed over something like a broken bone, or even a cold, but when it comes to going through rape or sexual assault…so many resort to the cold shoulder. Rape and sexual assault are regarded as such strong social stigmas that so many victims, even if they want to speak up are left silenced, because those around them refuse to let them speak.

As a rape victim myself, I can tell you this: the memories of the incident are hard to forget as it is. But what I think is harder is the forced silence and shame that comes with the incident. Yeah, I know now that my rape wasn’t my own fault, but it took my YEARS to get that point. But this isn’t about me. This is about the bigger picture. I’m just one person, and there’s plenty more Sylvias of all races, backgrounds, sexualities, etc. that are teetering on that ladder, just about to fall to their death, because someone…whether that’s their own fear and guilt or people around them, silenced them.

Rape Victim Advocates talks specifically about how social support can make such a difference in victims, saying “In studies of sexual assault survivors, receiving social support has been associated with many positive outcomes, including positive life change and growth as well as reduced PTSD and depressive symptoms (Borja, Callahan, & Long, 2006; Filipas & Ullman, 2001; Schumm, Briggs-Phillips, & Hobfoll, 2006). Some of these studies found that the greater the amount of support survivors reported receiving, the fewer PTSD symptoms they had.”

I mean, think about it. We go through life talking about our everyday problems: our annoying coworkers, how a waiter messed up our order, how someone broke our heart…and what we do is talk to people about those problems, and it lightens the load we carry on our minds and souls. Well, think of that the same way when it comes to sexual assault and rape victims. You’re helping them put a little bit of their burden down, and take another step towards healing.

Author’s Note: To anyone that has been through any form of sexual assault or rape, I want you to know that you are still loved and you are NOT alone. You’re not unheard. You’re not a statistic. You’re a real human with real feelings. And if no one else is here for you, I’m here and I’m praying for you.

How My Stereotypes Made Me Stronger

Police Brutality Is An Issue In The UK Too