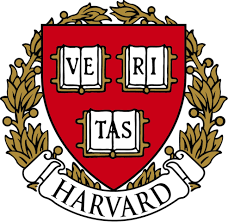 Last month, Harvard University finalized sanctions that would cause a serious conundrum for single-gender organizations on its campus. The sanctions had been in the works for over a year and a half, and the first wave of major protests came in May of 2017, in the form of the #HearHerHarvard campaign– but now they’re here to stay. The sanctions, as outlined in The Crimson, Harvard’s student newspaper, are as follows: “The policy….bars members of single-gender final clubs, sororities, and fraternities from holding leadership positions in recognized student organizations, becoming varsity captains, or receiving College endorsement for prestigious fellowships.”

I can’t speak to the effect of single-gender clubs and organizations on the lives of young men, but I can and will speak up on the behalf of young women. I have never been in a sorority, and likely never will be, but I know the power of women who team up with other women. They’re unstoppable.

And more than being unstoppable, they are necessary. The all-girls choir I sang with in high school had an immeasurable effect on me, one much more profound than even the government class that sparked my love of law, or the English classes that led to my first published work. As a fourteen-year-old, I was awkward, unsure of myself, and uncomfortable in most situations, especially as a high school freshman, the small fish in a big pond.

It was through sectional rehearsals that I learned that high school seniors really aren’t any scarier than high school freshmen. The older girls who treated me kindly and showed how to navigate the confusing years of post-childhood, pre-adulthood, were a driving force of making me the woman I am today, and I’m pretty proud of her. The support of these women encouraged me to find my voice, and more importantly to speak out, because my voice had a place and was worthy of being heard. The community of these women acted as a safe place to come to in the middle of the day, a classroom where laughter flowed as freely as the music and it was totally acceptable to walk in and groan “boys suck!” Because, it was high school, and boys did suck.

Author Emily Rapp writes “friendships between women are often the deepest and most profound love stories,” and I can’t help but feel the need to explain to Harvard how right she is. Historically, women who have banded together have worked tirelessly to change the world for good. Think of the women of Hidden Figures, those at Seneca falls, or of the Mirabal sisters. Or, furthermore, think of every woman you know who was a Girl Scout. It’s more than just selling cookies. Think of groups like Girls Who Code, and STEM Women, which equip young women to receive equitable treatment in fields where they may not receive them due to their gender.

Giving developing women the space to explore what makes them who they are in a single gender space is far from harmful, and Harvard is treating these groups as though they’re criminal, preventing their members from holding leadership positions or receiving fellowships. There’s absolutely no need for this. The immediate reaction to “ending single gender groups” seems reasonable– after all, the phrasing of single-gender makes them seem inherently discriminatory. But the true discrimination seems to come from Harvard’s own board. #HearHerHarvard and hear me, too.

5 Reasons Why You SHOULD Date Indian Girls 14912

Colorism And Anti-Blackness In The Asian Community 11330