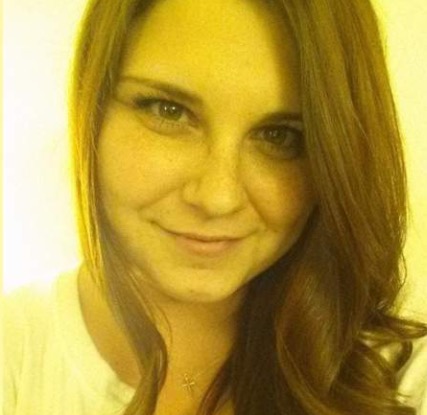 This week, thousands of white supremacist supporters have gathered in Charlottesville, Virginia to protest the removal of a statue of Confederate General Robert E. Lee in a nearby park. Groups involved carried torches around the University of Virginia, large groups have injured counter-protesters from the University, and 20 people were involved in a car crash. One of those people was 32-year-old Heather Heyer, who unfortunately did not survive.

Heyer was a resident of Charlottesville and a paralegal at a nearby law office. She was present at the protests because she believed that, “If you’re not outraged, you’re not paying attention.” She was known to many of her friends, including Lauren Moon, to be open-minded to all walks of life and would, “always stand up for what she believed in.”

“She was an essential role in our bankruptcy department and office as a whole.” -Heyer’s colleagues

The driver had not been identified until recently. James Alex Fields Jr., a 20 year old denizen of Ohio. Fields had exhibited behaviors that seemed to support Neo-Nazism, as in high school he would often display, “an infatuation with the Nazis, with Adolf Hitler,” according to his history teacher, Derek Weimer. President Donald Trump and his views also seemed to be a catalyst to his vehicular rampage, as his own mother believed he was attending an event that, “had something to do with Trump.” She also suggested that her son was not a racist man. (Make of that what you will). Fields Jr. was charged with second degree murder and is being held without any bail.

Heather Heyer was fighting against white supremacists when she perished. She was fighting against those who claim people of color are inferior to whites. She would not sit back and let others be put down and injured because of the distorted views of the Neo-Nazis. She gave up her life by standing up to the hatred and prejudice. Anybody with an ounce of compassion and sense of equality in their hearts could consider this woman a hero.

We were ignorant to let the country’s racism get to this point, to the point where an innocent woman had to die to show us exactly how far some of our people have gone off the deep end. We allowed our idiocy to continue, and let the white superiority complex grow until it became completely uncontrollable. We teach our children to be racist, to use racial slurs, to oppress. We accept James Alex Fields Juniors and don’t attempt to teach them the rights and wrongs of society. We allowed a white nationalist into the Oval Office, and we didn’t have a second thought about it either. We let our supposed leader encourage this blatant hatred. When a cop shot a black man in cold blood, we made excuses to blame it on the black man. We didn’t open our eyes and see that racism is and will be alive and well every single day that we don’t attempt to do something about it, like Heather Heyer did. If we had opened our minds and hearts to the issues at hand, would Heather Heyer have gone to protest? Would she and 19 others have been run over by a Neo-Nazi fanatic?

Heather Heyer was a hero who died protesting against white supremacists attempting to reverse the process of destroying a Confederate statue in Charlottesville, Virginia. She was admired for being open minded by her friends and dared to stand up for the rights of others. Her killer, James Fields Jr., was a Neo-Nazi who came to protest from Ohio, and plowed his car through a crowd of protesters. If we do not face the facts of racism and white nationalism in America, more and more Heather Heyers will be killed by even more James Fields Jrs. If we don’t stand up for what is wrong, racism may never vanish and America may never move on.

Maddie Loy
Maddie Loy is a 15 year old student at Garland High School, where she enjoys theatre and varsity drill team. She recently got into writing because she was, and still is, inspired by her English teacher, Mr. Segura. In just one school year he turned her from a complete train wreck of a writer to one of the best in his class (with his help of course), and she can't thank him enough for that. A feminist, a Netflix-binger, and just an overall wacky teenager, Maddie loves to share her ideas and experiences with the world. She hopes that Women's Republic will help her writing skills and make new friends from all around the globe. And of course, she loves all of the WR fans reading her articles!

The Type of Sexual Assault We Don’t Talk About: Coercion 18261