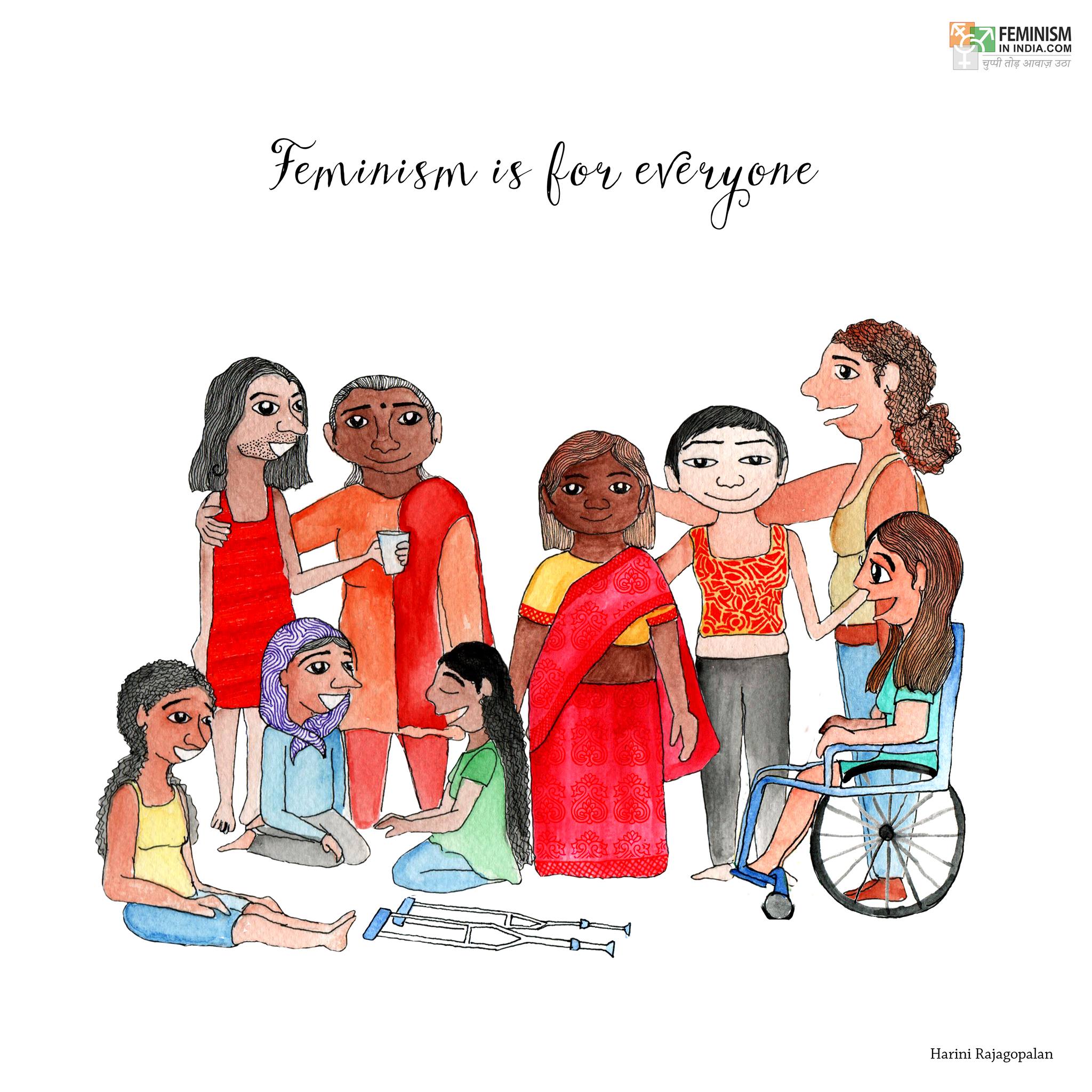 Intersectional feminism should be the way people approach feminism, right? The way in which you take into account the struggles and oppression of women of color, the LGBTQIA+ community, different cultures and so forth, instead of focusing solely on the white woman.

When actively taking part in the fight for equity – that could be physically taking part in protests, charities or verbally speaking to others as to why they don’t understand feminism or subject matters such as gentrification and ethnic cleansing- realize that you shouldn’t just be speaking about white people.

In modern society, white feminism is taken on by celebrities now. For instance:

1. Amy Schumer – “These women will hit on me because they’re lesbians.”

If you don’t see a problem with this maybe your apart of the problem. What Amy is doing is taking her “comedy” and using minorities as the epi centre whilst dehumanising them.

2. Miles Cyrus – She loves to appropriate black culture yet not involve her self in the real life daily struggles that black peoples experiences.

Recently she has thrown away her image of exploiting black culture and gone back to her own ways. This shows how problematic it is that a white woman can easily profit over black culture but not take part in helping the community directly.

3. Lena Dunham – there’s so much to start with, but first of all, let’s begin with how Lena sexually abused her sister.

Not only this, but she has also said, “an uncool thought to have: is that guy in the dark behind me a rapist? Nevermind, he’s Asian.”

What needs to be understood is these individuals, and more such as Taylor Swift and Selena Gomez, are NOT representative of feminism. Those who truly want to learn more need to understand what the difference is between intersectional and white feminism is.

But, there are many celebrities, such as Angela Davis (who has been fighting for the emancipation of women, specifically black people for a long period of time), Matt McGorry (who has a grasp and is learning more about intersectional feminism), Kendrick Sampson, Lauren Jaurgui, Zendaya, Killer Mike, Laverne Cox, Ava DyVernay and more.

Revolutionists Create Their Own Flow