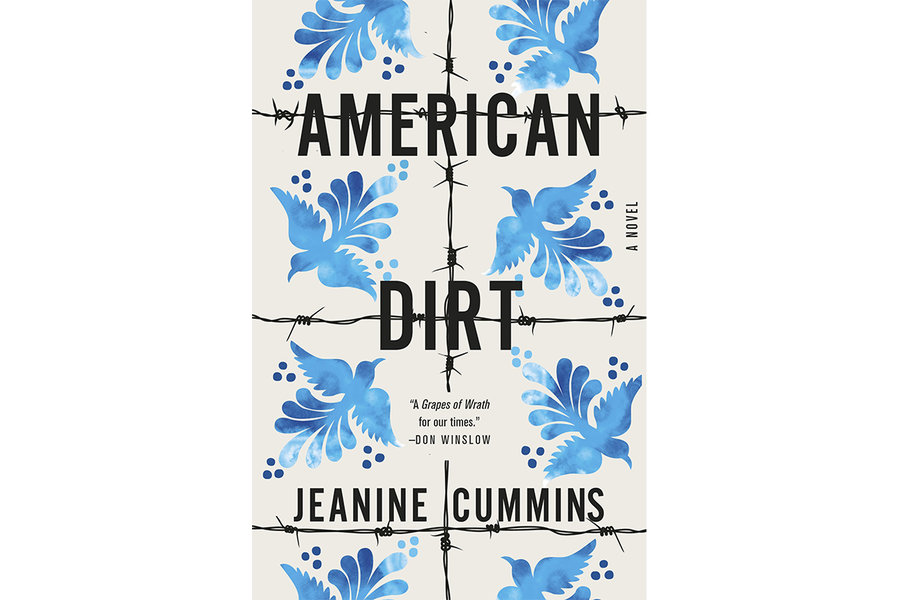 American Dirt by Jeanine Cummins has generated a high level of controversy and has illuminated the major issues and deficiencies present in today’s publishing industry. The controversial nature of the book has even led to threats of violence towards Cummins and the bookstores which were set to host her, forcing the publisher (Flatiron) to cancel her book tour. American Dirt made a splash from the beginning and was coveted by nine publishing houses, with each of them entering a bidding war to acquire the manuscript. Flatiron won and Cummins got something most writers can only dream of – a seven-figure advance.

It’s evident this novel screamed ‘bestseller’ to the publishing industry, so naturally a lot of money was pumped into promoting it (thus pushing it to become the bestseller they envisioned it would be). In came the glowing endorsements and reviews from celebrity authors and respected publications. But that’s not all. Oprah went and awarded this novel a sought-after place in her book club.

With these achievements already behind it, this novel seemed to be destined for greatness, so why is it receiving so much criticism and hate? Why isn’t everybody fawning over it and drenching it in praises?

Cummins explains her intentions for writing American Dirt in her author’s note. She writes: “the people coming to our southern border are not one faceless brown mass but singular individuals, with stories and backgrounds and reasons for coming that are unique.” Yet, even by choosing the words ‘faceless brown mass’ to illustrate her point, Cummins highlights who her audience really is. In reality, the Latinx community don’t look upon themselves as a brown, faceless mass.

While some could argue her intentions were not malicious and that it’s unfair to penalise her for trying to bring an important issue to light, Latinx critics have pointed out that American Dirt is packed with stereotypes, incorrect regional slang and cultural inaccuracies. Yes, we need to bring the migrant experience to the forefront and have these stories told, but does the Latinx community need to suffer through stereotypes and misrepresentation of their culture? This is something that ought to be considered. We shouldn’t find ourselves caught in the web of an ‘either-or’ situation.

Cummins is not the first author to write about the border. In fact, numerous Latinx authors have written on this subject through their works of fiction. But did publishers hand them a seven-figure advance or throw inane amounts of cash into promoting their books? Instead, we must rely on a white woman far removed from the experience of Mexican migrants to garner sympathy for them – to make the world realise the ‘brown mass’ is indeed made up of humans, while writers of colour struggle to find publishers willing to take a chance on their novels. A visit to the bookstore and a quick scan of their stock shows that the shelves mostly belong to white authors. There aren’t a lack of authors of colour, simply a lack of willingness for publishers to get behind authors of colour and to trust their stories are worth telling – to trust that their stories could be sellable.

Perhaps now, we can understand why American Dirt has been so upsetting for members of the Latinx community. While Latinx authors are fighting to get their books published, a white author makes millions selling a story made up of experiences from their community, and it is rife with problems. This is cultural appropriation at its finest. The publishing industry needs to realise we don’t need to hear about the trauma of marginalised groups from white authors. We need to hear these stories from the marginalised voices themselves. While we can appreciate the author’s desire to instigate a much-needed conversation, it’s too hard to ignore the voices missing in this conversation. Are white readers only prepared to listen if the story is told by a white author?

Independent bookstores have chosen to react to the situation in a number of ways, with some refusing to even hold American Dirt. One bookstore (Scuppernong Books) created a display of novels written about the border by Latinx authors and have positioned American Dirt in a not-so-conspicuous position among them, choosing to donate 20% of the profits gained from the novel to a charity providing legal aid to immigrants. Some of the books displayed, which we may choose to read instead of American Dirt include The Devil’s Highway by Luis Alberto Urrea, Reputations by Juan Gabriel Vásquez and Children of the Land by Marcelo Hernandez Castillo.

It is reassuring that American Dirt has created controversy and sparked heated debates. The voices of those protesting are coming through and we can only hope the publishing industry will begin to listen. If publishers are already failing to publish books by authors of colour, then to profit off white authors incorrectly representing the cultures, stories and experiences of people of colour isn’t going to be deemed acceptable. We require diversity and we need to give marginalised groups ample space for their voices to be heard. If our bookshelves were more diverse, then perhaps American Dirt wouldn’t have been met with such resistance.