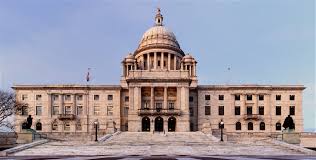 But DACA is important to me because it is important to my brothers and sisters in Christ. No one I know personally will be deported if DACA is not congressionally replaced. But I have a family from a higher place, and I felt called to stand in solidarity with my siblings granted by the Heavenly Father. God brought about a thousand of us to Providence, Rhode Island that night, to listen to Dreamers, to stand in solidarity, and to show both immigrants and the community that we do not stand for this. That the dreamers are here to stay. That no human being is illegal. That the people united will never be defeated.

Of the many people, signs, and even puppies that I saw at this rally, there was one person who stood out above them all. She literally ran right in front of me, a nine-year-old girl who could have been me, had I walked straight out of my third grade yearbook picture. Red hair with bangs running into her eyes, walking around with one hand holding her dad’s, and another holding a big bag of pretzels. As a speaker began, she and her father stepped in front of me, and the father lifted the mini-me onto his shoulders.

As a woman who couldn’t have been much older than me began to speak about how DACA has positively affected her life, the little girl started waving furiously, catching the attention of the speaker who had started to turn emotional. When the little girl sensed that she had been caught causing a little bit of a scene, she blew a kiss to the speaker, who caught it with a little smile, chuckled, and then went right on speaking. She smirked at her dad and he tickled her sides before putting her back on the ground, and I was struck by the similarities. Much like that little girl, many dreamers see America as a land of promise. Much like that little girl, many dreamers know no home other than their American one.

I took notes at the rally, not wanting to forget the incredible words of the speakers or the awe-inspiring atmosphere of solidarity, but I keep coming back to the little girl with the red hair, the Marie Curie t-shirt, and the bag of pretzels. I have prayed every night that when she is in college, there will be no more rallies, that she won’t worry if those she loves are undocumented, and that she will continue to see everyone for exactly what she saw them to be that night: people.

Tweet
#NorthAmericachristianityDACADeferred Action for Childhood ArrivalsPrayerReligion
Previous ArticleSexism In SitcomsNext ArticleYou Are Not Defined By Your Scars: Shoutout To The Ones Who Turned Scars Into Power Through Works of Art