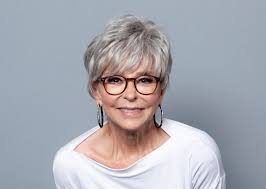 When I could recognize color and process those colors, I realized I was different. Needless to say, I was a teeny, tiny child whose warm beige skin shone in the summer sun, and darkened as the months progressed. I was a child whose tan skin mirrored cinnamon and other spices. I was a child whose glowing skin looked like delicious, sweet honey. Although I was very young, I questioned: How come I am the only one with caramel skin?

As tje years progressed, this sinking feeling began to vanish. My mom told me I was named after the actress Marisa Tomei. “She’s Italian-American,” I thought to myself. “So, I do belong!”

My Hungarian grandmother began calling me Mariska. This tied me to my Hungarian roots. “So, I do belong!” I thought.

This was the affirmation I needed. The sinking feeling finally disappeared.

I have to credit my grandmother for introducing me to classic movies and incredible actresses. I grew up with Audrey Hepburn, Doris Day, Vivien Leigh, Ingrid Bergman, Debbie Reynolds, and Katharine Hepburn. I sang along with Doris Day and Debbie Reynolds. In fact, I skipped around my living room humming, “Don’t Eat The Daisies;” it was my favorite. I loved the style of Audrey Hepburn and Ingrid Bergman. I learned a lot of life lessons from Katharine Hepburn, such as simply being alive is fun. Lastly, I immersed myself in the astonishing beauty and passion of Vivien Leigh. These were the women I looked up to. Although a part of me couldn’t truly connect with them.

One day, my grandmother introduced me to an extremely popular musical film. It was called West Side Story. This was the moment I experienced so many overwhelming feelings. Honestly, I thought I might burst. I remember my eyes following the effortless movements of Rita Moreno, in her purple-hued dress. I remember listening to her voice. She was magnetic and I was hypnotized. Anita quickly became my favorite, and my grandmother informed me that Rita Moreno was the only Puerto Rican actress in the movie. I was astonished. Most importantly, I felt a connection to Rita. But… why? I wouldn’t know the answer to this question until years later.

After my very special viewing of West Side Story, things in my life began to change. For instance, I remember standing in line at a grocery store. A kind woman with warm, dark eyes stood behind me. She smiled at me and I noticed the hue of her skin. It was that of sweet caramel, similar to mine. I tried to look away, but much like the feelings that stirred inside of me while watching West Side Story, I was hypnotized. The kind woman spoke to me in Spanish. I didn’t know what to say, or how to say it. My mom called my name, and I walked away. I can still picture the woman’s furrowed brows in my mind. She was confused. She couldn’t comprehend why I didn’t answer her greeting and question; in Spanish nonetheless.

My grandparents invited an older woman to their house one Saturday afternoon. She had recently moved into the house around the corner. She was a grandmother who took pride in her grandchildren and her cooking. I walked into the house and was quickly introduced as Vilma and James’s sweet granddaughter. The older woman greeted me with a smile and sparkling kind eyes; similar to that of the woman at the grocery store… I had those feelings again.

After talking for a while over tea and cakes, I noticed the older woman could not keep her eyes off me. I felt slightly uncomfortable but also intrigued. “Are you Puerto Rican?” She asked me, after a moment of silence. My grandmother was quick to answer the question. “Oh no. She’s Italian and Hungarian.” The older woman furrowed her brows. She was confused. And, I felt like I was going to burst again.

Any chance I got I would watch Rita Moreno on screen. These feelings stirred within me much more frequently now. It wasn’t the sinking feeling in the pit of my stomach; the one that confirmed that I did not belong. This feeling was one of belonging and connection.

When I was twenty-three years old, my mother admitted that the man I believed was my father, wasn’t my biological father. My biological father was a Puerto Rican man my mother dated when she was eighteen years old; she got pregnant at this age. My biological father left when I was born. He came from a broken home. This brokenness caused him to only thrive in an environment of drugs, much like his mother, brothers, and the majority of his family members. My mother said his grandmother, my great-grandmother was not like the majority of her family. She was kind, accepting, gentle, a great cook, and tried her best to save the ones that drugs controlled. I wish I could have met her. I wonder if she liked Rita Moreno.

The days, weeks, months, and years after I found out my true identity was difficult and confusing. I grew up as a different little girl, with tan skin, dark eyes, and raven-colored hair. I grew up reminding myself “you were named after Marisa Tomei, your grandmother calls you Mariska. Certainly, you are Italian and Hungarian.” But, I am not just Italian and Hungarian, I am Puerto Rican, too. In fact, I am more Puerto Rican than anything else. Finding this out was overwhelming…

How do I identify? I cannot speak Spanish fluently. I grew up in a household overflowing with Italian and Hungarian food and traditions. I was not exposed to Puerto Rican culture. Do I continue to tell people that I am Italian and Hungarian? While looking for content writer jobs, do I check off the box that says Caucasian?

I turned to Rita Moreno during this struggle. Her powerful, relentless, passionate, determined, kind, understanding, hypnotizing beautiful soul makes me proud to be Puerto Rican. From the moment I saw her on-screen, I felt like I belonged. So, I’m not going to hide who I am any longer.

I am proud to be Puerto Rican thanks to Rita Moreno.