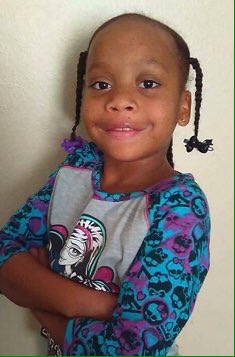 You’ve probably heard of Keaton Jones, the 11 year old boy whose bullying video went viral on the internet. Before I state the details, let’s call a fact a fact. If Keaton Jones was black, America wouldn’t retweet.

e Tennessee boy’s mother, Kimberly Jones, posted a video of her son crying and asking questions like “Why do they bully?” To be very honest, I sympathized with the boy after first watching the video, too. So did all of America. Within a day, Keaton had support from celebrities all over the world: LeBron James, Mark Ruffalo, Chris Evans, etc. Chris Evans even invited Keaton and his mother to the Avengers: Infinity War premiere. That was, however, before the ball dropped. Two days later, when the entire world was on Keaton’ side, social media found out that Keaton’s family was racist. Kimberly Jones’s old Facebook posts had been exposed, and one post was of her insulting black protests while holding the Confederate Flag. After finding out that his mom was a racist, my opinions changed.

Before, I sympathized with Keaton and his fami 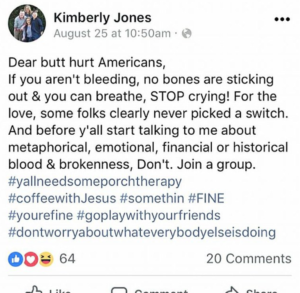 ly. I still sympathize with Keaton, but I have absolutely no sympathy for his family.

I still sympathize with Keaton because he is a child. No child deserves to get bullied. It’s even more terrifying that he’s being brought up in an immoral, horrible, racist family. I pray he grows up to break the cycle of racism and turns out to be different from his family members. I don’t sympathize with Keaton’s family, because racism isn’t something that can be ignored. Racism is not a political opinion. If you tell me you’re in support of a politician that I don’t support, I’m not automatically going to assume that you’re a bad person. But if you’re racist/sexist, I will automatically think of you as a horrible person. Racism isn’t something you get to have an ‘opinion’ on; it’s morally wrong. Kimberly Jones is a bully. The confederate flag, also known as the stars and the bars, represents nothing but racism and misogyny. You can’t do someone wrong and expect the world to do you right.

After Keaton’s mom was exposed, two more bullying stories were unveiled. The question is, how come we never saw these stories before? Maybe it was because the kids being bullied weren’t white. Their stories weren’t shared until a couple days back. It’s shameful to think that there’s thousands of other children of color being bullied on the daily and never taken seriously. Brown boys being called terrorists, black girls being called ugly. My heart goes out to Ashawnty Davis and Rosalie Avila, two beautiful young girls who committed suicide after being bullied for too long. Ashawnty Davis was a 10 year old black girl who was bullied for a long period of time before she had the courage to confront her bullies. When she confronted her bullies, someone took a video of her and posted it on Musical.ly. After the video was posted, Ashawnty was bullied even more. She eventually gave up and hung herself in the closet.

Rosalie Avila’s story is just as painful to read. She was bullied for her appearance, and she hung herself in her room. She left a letter for her parents, explaining to them that she did it because she felt “ugly” and like a “loser.”

Black youth need to be respected and stood up for just like white youth is. Children of color deserve the same respect and support that white children do. When a black person shows up on your timeline, please retweet. If you hear about a child of color being bullied, share their story. Every black child deserves the same amount of support that his white classmates get.

Make No Mistake: This Is Fascism