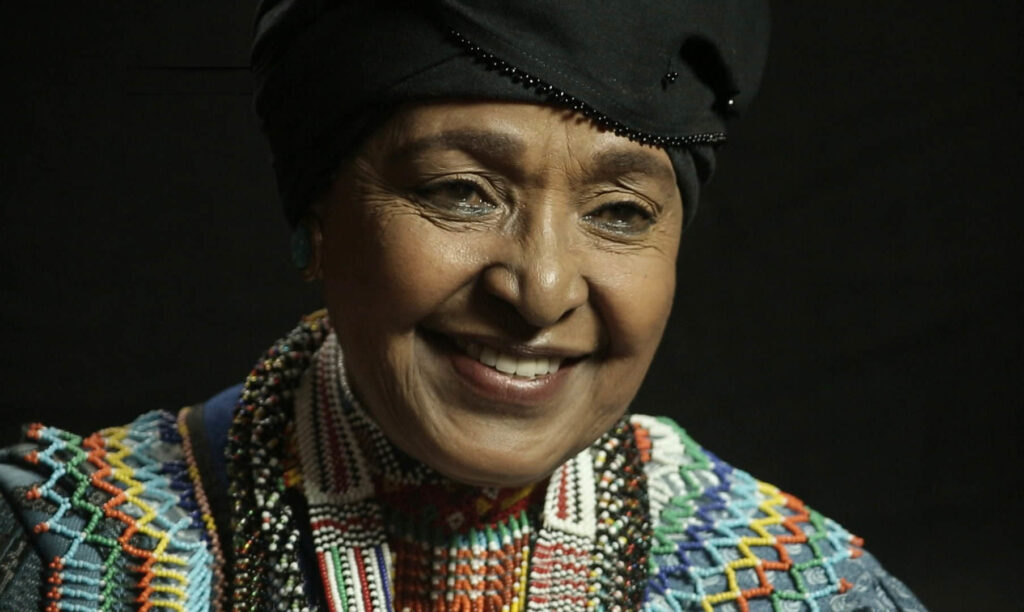 Winnie Mandela, ‘Mama Winnie’ as she was known by supporters of the ANC and many across South Africa, was a symbol alongside her late husband Nelson Mandela of the anti-apartheid struggle and keeping the movement alive whilst Mandela was imprisoned from 1963.

A short- time line of her work during the apartheid era:

1956 – earned her degree in social work in Johannesburg.

1963- 1990: She became a leading lady in the struggle against apartheid when Mandela was imprisoned, she helped keep the ANC a relevant political organisation and opposition group to apartheid within South Africa. She faced many adversities, tortured and subject to house arrest – during these years, she was exiled to Orange Free State and confined to the remote area, as she was so closely linked to Nelson Mandela the government wanted to keep their eyes on her.

1969: She was confined to solitary confinement at Pretoria central prison – this is when she started getting world-wide support as the apartheid movement started getting international support in terms of boycotts and protests. She organised local clinics, campaigned actively for equal rights and was promoted by the ANC as a symbol of their struggle against apartheid.

1986: During the 1980s there was huge township violence by youths in the name of ANC and Winnie Mandela arguably tarnished her reputation by endorsing and encouraging the practice of necklacing.

Mandela had been revealed to endorse and organise the killings of some people and supplying the firearms to supply a killing that happened in 1989.

1997: she admitted ‘things had gone terribly wrong’ when she endorsed and perpetuated violence.

Winnie Mandela, alongside Nelson, remained a controversial figure within the ANC because of violence but there is no doubt that she was a strong and determined woman who kept the anti-apartheid movement going.

Colorism And Anti-Blackness In The Asian Community 10893