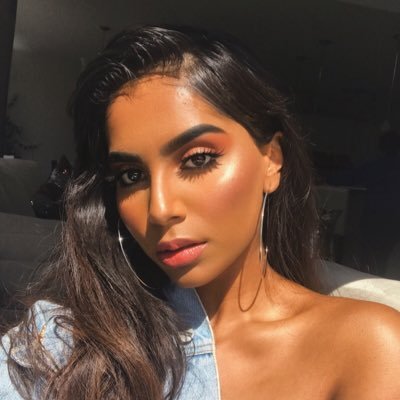 On April 21, 2019, Easter Sunday, three churches and three hotels in Sri Lanka were the victims of a series of coordinated terrorist attacks.

The attack resulted int the death of nearly 300 people and injured around 500. The bombings left a devastating impact on Sri Lankans everywhere. Many people stepped up to help the victims of the bombing, including Ishini Weerasinghe. Ishini is a 21-year-old social media influencer who raised over $82,000 CAD in aid via GoFundMe.

Weerasinghe was not the only one to create a GoFundMe to raise money for the victims of the attack. Shiral Alexander, along with Aniko Korosparti and Cindy Luck, created a fundraiser where they raised $4,321. In their update, Alexander stated that their total came up to 500,000 in Sri Lankan rupees. Alexander provided the first names of the victims who received the money and why, along with a picture of the receipt, as seen below.

Ishini Weerasinghe raised money for the victims but when questioned about an update, she did not respond.

Twitter users approached Weerasinghe about the donations via email and direct messages. However, Ishini did not give them any answers or solid proof. She became very dodgy which was alarming. As a result, @Sthmrthy took to Twitter, seeing as it helps spread the message and receive answers. This resulted in a smear campaign against her and her character by Ishini, who still did not give a clear explanation.

Unlike Alexander, Ishini did not provide any proof or copies of a receipt of any kind. On April 23, 2019, she stated that the Sri Lankan State Minister, Ranjan Ramanayake, was involved in dispersing money to the affected families. Ramanayake was arrested earlier this year on charges of hindering the judicial process. Dasuni Athauda, a Sri Lankan News Personality, claimed she spoke to the State Minister, who denied any and all affiliation.

On May 29, 2019, Weerasinghe stated that she had found an organization to partner with: Foursquare Gospel Church. As of September 29, 2020, Foursquare released a statement regarding their interaction with Weerasinghe. They stated that she had donated $20,000 CAD out of the $82,882 CAD. However, members of the Alpha Trust team denied her donation because the victims that needed immediate attention were already being taken care of. This resulted in Ishini asking for the money back.

Twitter users decided to take matters into their own hands to find out the truth. Crystal Koelmeyer has created a lengthy thread of updates regarding the situation. She approached a priest in Katuwapitiya, who Ishini claimed to have spoken to. The priest refutes all claims. Koelmeyer also identified some of the victims who fit the description Ishini provided. All of them denied receiving any money. Other members like Athauda were able to find other people involved in Ishini’s story. She reached out and found a victim of the bombing who received 50,000 LKR (roughly $360 CAD) from Ishini herself. However, this leaves a large sum of money still unaccounted for.

Now, this isn’t the first time Ishini has created some controversy on social media.

A week prior, she had posted a TikTok sharing her experience with ADHD where she romanticizes the use of drugs like Adderall. Additionally, she has used mental health as an excuse as to why she didn’t provide any answers regarding the GoFundMe. She attempted to use mental health as a scapegoat for her lack of transparency in the situation. This is harmful, especially when mental health already has a stigma around it.

Additionally, she has a history of speaking over Black and other marginalized folks. Ishini claimed that the Black community was “gatekeeping” the song, “Brown Skinned Girl” by Beyoncé. The Black community informed her that the song was meant for them — which it was. As a response, she stated, “Brown skin more so applies to brown people.” This statement entirely is wrong. Ishini, as a Sri Lankan, has no authority to tell the Black community what the song, made by a Black woman, means.

Moreover, she was approached about culturally appropriating and sexualizing the kimono in an Instagram post. Weerasinghe decided to talk over the user that approached her instead of listening and understanding what they were saying. She kept referring to the dress as “or*ental” despite it being an offensive term. Despite this, she still has the picture up on her profile.

It is very demeaning and her tone seemed very condescending in both cases. Sometimes it’s better for us to apologize and listen to marginalized folks than rather talking over them, especially when they are trying to educate us.

Ishini, herself, is a darker-skinned person. In a TikTok about how she and her siblings look nothing alike, she used professional pictures of herself while using off-guard pictures of her siblings which highlighted the difference in their skin color. Later, she released another TikTok defending her video. She stated that her siblings got their darker complexion from her dad while she got her’s from her mother. This was questionable due to the fact that Ishini constantly promotes her dark-skinned features on TikTok. She also commented on her sister’s “masculine” look by correlating it to the fact that she is part of the LGBTQ+ community.

After a few days of silence, Ishini finally released a statement.

On September 29, Ishini posted a letter addressed to the donors on her Instagram story. In this letter, she apologizes to the Foursquare Gospel Church “…for implicating a wrongful image of their church.” She comes to the conclusion that she will be returning the proceeds and refunding the donors. This raises several questions regarding whether or not she actually donated the money. In a newly released article where she was interviewed, Ishini had stated that $68,882 CAD was in a separate bank account in Canada.

Weerasinghe apologizes for her negligence and poor response to the situation. However, it does seem like she is using the excuse of having a mental illness for her actions. She claims that the reason she is refunding everyone is due to the cyberbullying, harassment, and threats she’s faced from the public. It almost seems like she is trying to manipulative the narrative to fit her side.

In the end, Ishini claims she is working on refunding everyone and will be personally working with victims.

Ishini has received unnecessary threats and comments that have nothing to do with the actual situation. However, it seems like she claims that people asking for answers is harassment and bullying when that isn’t the case. A few people had approached her privately yet received no answer. This resulted in them moving the conversation onto a more public platform, resulting in #IshiniGate.

Ultimately, what people want is to know the truth. Ishini Weerasinghe provided very little information with a credibility regarding what happened to the donations. She constantly says that “…the receipts are there…” yet has not provided the public with anything solid. Although this does not warrant the harassment she’s received regarding her body or family, it does lead to suspicion and judgment of character. The sudden decision, after a year and a half, to refund everyone is questionable to her character and her actions.

Hopefully, Weerasinghe learns from this experience. Additionally, this should set an example for other influencers to hold themselves accountable. If she had been honest about the donations from the beginning, the situation could have been handled differently.

Read also:
A Hobby For The Rich: Therapy
On Frankenstein & Fatherhood
Racism & Riots: A Deadly Circle

Working Retail In A Pandemic

Ten Horror Books By Women To Read This October