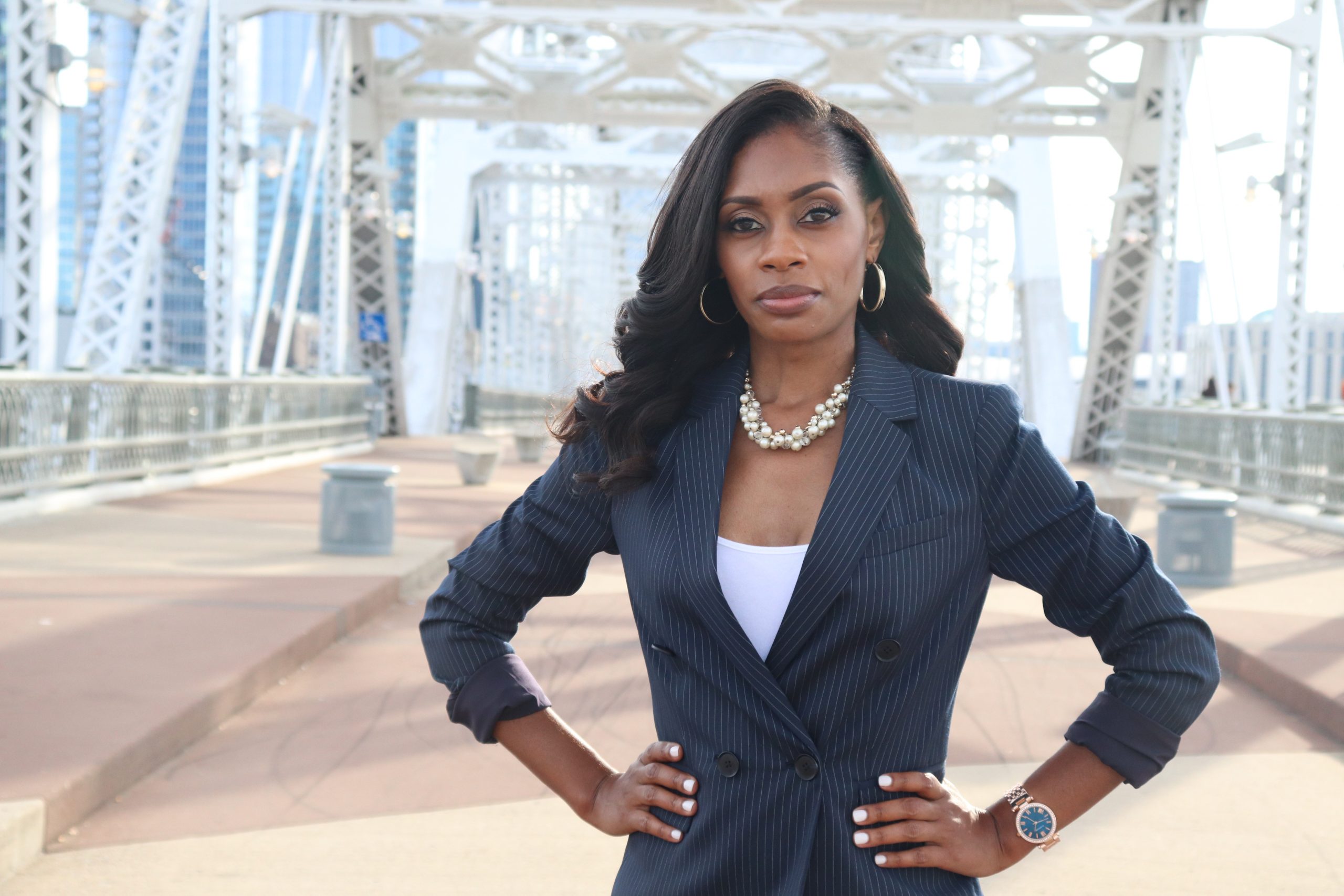 Our society has become obsessed with assigning people labels. In order to make information easier to process, our brains like to condense the character and history of each person into one easy-to-remember phrase. These phrases wind up distributing labels to people that don’t give justice to who they really are as a person. Naturally, labels feed into sexist and racist mentality. It’s a slippery slope that needs to be eradicated. When we look at a person, we shouldn’t see but one aspect of their being: we should learn to appreciate their story and what they have to offer to society.

Allow me to introduce you to Keeda Haynes, a 42-year-old legal advisor who is running for Congress in Tennessee. If Haynes is elected, she will oust Representative Jim Cooper, who has held the seat for 17 years. Oh, and I might have forgotten to mention that Haynes would also be the first Black congresswoman elected from Tennessee.

So, why all this talk about labels? You see, Keeda Haynes is no ordinary Democratic congressional candidate. The press has been handing out the label of “convicted felon” to Keeda Haynes, but what does this really mean?

Let’s look at the facts:

Born in Franklin, Tennessee, Keeda Haynes is the second oldest of five children. She graduated from Tennessee State University with a degree in criminal justice and psychology. (Ahem, she is the first person in her family to earn a college degree, by the way.) But here’s where things take an interesting turn.

Two weeks after graduating from college, Haynes arrived at Alderson Federal Prison Camp to begin her prison sentence. She was wrongfully incarcerated for marijuana charges and spent three years and ten months in prison despite her innocence. The original sentence given was for seven years. Being the fighter that she is, Haynes appealed her case all the way to the Supreme Court, and eventually, her sentence was shortened.

On Haynes’ campaign website, I found a much more informative explanation for these charges. Haynes was dating a young man back in Nashville who had asked her to accept some packages for the store he owned. The packages delivered by FedEx to her ex-boyfriend’s store were supposed to contain cell phones and pagers. Instead, the cargo was full of marijuana, unbeknownst to Haynes. And this is how an intelligent, promising young woman found herself wrongfully incarcerated.

In addition to hearing the full details of Haynes’ story, it is vital that we gain some better background about the criminal justice system in relation to race. The NAACP Criminal Fact Sheet expertly lays out the disproportionate treatment of white people and people of color in America. According to the NAACP, African Americans are incarcerated at more than five times the rate of white Americans. The United States, sadly, contains roughly 25% of the world’s prison population. African Americans and Hispanics make up more than half of the U.S. prison population. Yet, these minorities only make up 32% of the entire U.S. population. That doesn’t add up quite right.

You can’t deny that racism plagues our criminal justice system.

Nevertheless, according to the Bureau of Justice Statistics, the rate of imprisonment of African Americans has decreased in the past few years. In fact, imprisonment rates among ethnic and racial groups have been on the decline in America. Let’s not get carried away, though. These numbers don’t break even, and there is still a larger population of African Americans and Hispanics in prison than there are white Americans. Data is certainly helpful in understanding the faults in our prison system, but having a representative in Congress to defend the rights of these prisoners is a whole other ball game.

Keeda Haynes’s years at Alderson Federal Prison make her a stronger candidate because she has been on both sides of the law. The woman who once studied criminal justice suddenly found herself in the heart of the issue. While incarcerated, she became even more aware of the racist criminal justice system that dominates America. Haynes noticed that race and economic status truly determine the destiny of an individual arrested or charged with a crime.

The amazing thing, however, is that this giant bump in the road did not stop Haynes from going on to pursue a law degree and pass the bar exam. In fact, she was already studying for the LSAT while behind bars. When Haynes was released from prison on December 1, 2006, her diligence and ambition had not faded one bit.

She was determined now more than ever to fight for equality and justice.

Haynes currently works at Free Hearts, an NGO led by formerly incarcerated women, as a legal advisor. Her work largely consists of supporting and helping formerly incarcerated women as well as educating her community on certain legal issues. Among the list of Haynes’ central campaign issues is criminal justice reform, incarcerated women’s rights, affordable housing, raising the minimum wage, and immigration justice. Just reading about the issues that she stands for makes me want to move to Tennessee’s 5th district and vote for her!

I mean, we are talking about a formerly incarcerated, young black female from a working-class family who is swimming in student debt. This candidate has accomplished amazing feats and is no stranger to the principal issues affecting millions of Americans. Haynes is confident that despite her incumbent’s 17-year career in Congress, it is time for change! Tennessee’s 5th district is ready for a candidate that truly represents their needs and is loaded with the legal ammunition and knowledge necessary for success.

There is no candidate more qualified and more passionate than attorney Keeda Haynes.

Stay tuned for the primary on August 6th when, if elected, Haynes would make history.

Read also:
Why Has The Maldives Failed Its Children?
Asma Nawab: Delayed Justice After 20 Years
Shamima Begum To Return To The UK