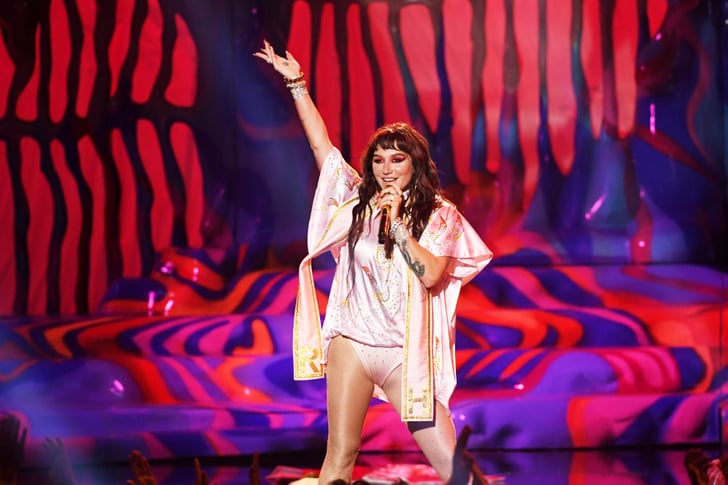 At the 2019 American Music Awards, Kesha walked onto that stage fully ready to showcase her range and her talent– two things, among many, that were deprived from her for years in the music industry. She took to that stage with a passionate rendition of her latest single “Raising Hell” with a group of backup dancers and Big Freedia. The energy the group brought was one of joy, a central theme Kesha has been chasing since she began her very public fight against her producer– and abuser– Dr Luke. Though the tides of the court seemed never to be in her favor, with each lawsuit coming back with a countersuit, Kesha still is making and performing music that is about her survival.

From what I understand, Kesha is still tied to her abuser, as she is contractually obligated to create two more albums under their contract. After five years of a public fight to escape her tormentor, Kesha remains chained to a contract which exploits her. But she’s clearly not letting that stop her from making the music that she wants to make. So, cue my surprise when she launched into TikTok at the AMAs held on November 24th.

At first glance, this story might just seem exciting to those of us who grew up with our formative years in the height of Kesha’s stardom. The songs that we grew up with– us, late 90s babies– are imprinted into our brains. All of us know the lyrics to that song. We could sing it in our sleep.

But Kesha taking that stage and singing TikTok as the closer to her performance, right after singing “Raising Hell,” was so much more than a bone being thrown to her fans who have been with her since the beginning. It was an act of reclamation. It was just as much for her as it was for the rest of us. In the decade that has passed since Kesha topped the charts as a fresh seventeen-year-old with the party anthem of our lives, she has lived through hell. And in that same decade, so have many of us. Kesha represents not only the most troubled parts of our lives but also the afterlife. With this performance, Kesha was saying “these are all versions of myself that I honor and respect.”

Kesha was telling herself, as much as she was telling any of us, that there is joy wrapped up in every moment of our lives, even the ones entrenched in such tragedy that it takes years to remove those layers from your body, like a wetsuit you never wanted to wear. Keshna invokes religious rhetoric and asks questions about what it means to be good in the first place. As someone who has survived the darkness and looks around, anywhere, everywhere, for the light to guide me, I feel what she’s saying in the deepest corners of my soul. She is saying that she won’t die without making a splash; she reached out from beyond the grave, grabbed onto life, and forced it back into her. And this time, she’s choosing to find joy in everything. Even in the song that she wrote and produced alongside the man who would torment her for years. Because it’s a damn good song, and she deserves to revel in every moment of that.

Kesha is problematic, complex, and human. I found “Raising Hell” to be reflective of Black gospel music, and the music video even more so. There’s definitely a conversation to be had there. But that’s not what this article is about. There are a lot of things we have to talk about when it comes to idolizing the strength of a person who can only be as human as the rest of us, the only difference being that she a celebrity. Of course, that raises the question of responsibility and accountability. But Kesha has been so public about her survivorship. She took the onus onto herself, and stood up in the eye of the public, in the eyes of people have nothing but nasty things to say, and she sang to us, “Hallelujah, I’m still here/ I’m still bringing it to ya”

I hope that I can always remember to dance on the road to recovery. Because it’s a road, and it never seems to end. But we saw a little bit of guidance to reclamation on that stage. I hope that in the age of the #MeToo that, if nothing else, survivors take away that their stories are important. But finding joy after telling your story is equally, if not more important. Your life doesn’t end when your story does. There’s another chapter, full of laughter, tragedy, hope, hopelessness, light, dark, and love. You are a whole person. Honor yourself. Every version. Because, hallelujah. No matter where you are in your reclamation story, you’re still here. You’re still bringing it to us. I hope you do forever.