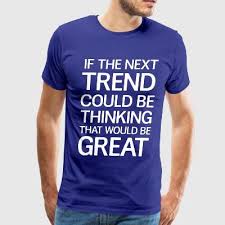 With the rise of the #MeToo and #TimesUp Movements, many men on social media and in real life have expressed concern about all the innocent men. You know, the men who are concerned with the “dangerous trend” that accusations are now considered a “verdict” in the eyes of the public. The men who fear that simply accusing someone of sexual harassment will lead an investigation into a “potentially innocent man’s private life.” Well, I couldn’t sit back and let men doubt themselves because I wonder what it’s like to feel like you have to watch your every move so that someone else doesn’t misinterpret it? So I decided to make a list of hacks they could use in order to avoid being accused of sexual misconduct in any form and thus be saved from the “dangerous trend” of women whose voices are finally being heard. There are hacks for every category: catcalling, sexual harassment in the workplace, dating, friendships and of course when you’re about to have some sexy time.

Situation One: You see a cutie walking down the street, just minding her own business and you’re not sure what to do? You really want to talk to her.

Here’s exactly what you should do: NOTHING.

The answer is nothing. Mind your own business just like she is and everything will be fine. This is a surefire way of not getting accused of sexual harassment. If she wants to talk to you, she will come up to you and talk to you. Play Candy Crush; beating your own high score is a proven way to boost one’s ego and you don’t have to worry about being accused of anything other than just being the average man obsessed with himself.

Situation Two: Your woman co-worker is staying late and you think it’s a good time to strike up a conversation. It’s all great and dandy until you accidentally put a hand on her shoulder. She stiffens up and you’re tempted to tease her by rubbing her shoulder. Or you don’t care because you aren’t doing anything with the wrong intent. But wait, what if she accuses you of sexual misconduct in the workplace later down the line? How does one navigate this tricky situation?

This is one of my favorite hacks: KEEP YOUR HANDS TO YOURSELF.

If someone stiffens up, it means your touch is unwanted and unwelcome. If someone turns away, they’re using nonverbal communication to try to let you know that they are uncomfortable. Now, you’re probably thinking that you’re just being friendly and you didn’t mean to touch anyone inappropriately. And that’s slightly preposterous to think someone would be offended by a simple touch. But here’s the caveat, you don’t get to decide what someone else is or isn’t offended by and being a good human being means respecting other people’s boundaries. (Yes, even if those people are women. I know, I know, it’s hard. It’s like elementary school all over again.) But trust that if you keep your hands to yourself in basically any situation, there’s a solid chance you won’t have to face sexual misconduct allegations! It’s a win-win. Now, if you’re worried that this restricts your freedom of movement as dictated in the First Amendment of the Constitution of Dickwads, just remember that unarmed black people get murdered in this country for existing. Keeping your hands to yourself won’t kill you. Also, for bonus points, don’t open the door in your bathrobe. Or invite a coworker to a hotel room for that matter (unless it’s already established that you are both equally down for some sexy time).

Situation Three: You’re on a date with a girl and you think it’s going great. You’re enjoying getting to know her. You text her the next morning letting her know how nice it was to meet her last night. She doesn’t respond.
LIFE HACK: Don’t bombard her phone with messages. Also, don’t call her either. She’s clearly not interested and there is no reason to waste your time on her. Don’t take it personally because sometimes, people just aren’t compatible. Just because you felt like you two connected doesn’t mean she felt the same and that’s okay. I know, I know, you’re a stud and totally a catch and you were basically doing her a favor by even taking her out on a date. If she wants to talk to you, she will make it happen (*See Situation One). Also, if charity is what you were going for, then just volunteer at your food bank next time. Or donate your old clothes to Goodwill. Or if you really want to be a man of charity, research which progressive woman is running for office near you and donate to her campaign.

Situation Four: You’re out at happy hour with your friends, both men, and women. You’re not sexist because you’re friends with women and you’ve never been in any of the above-mentioned situations. You keep your hands to yourself, you respect women’s boundaries, you don’t catcall women on the street. You pat yourself on the back every day for being able to follow the lowest fucking standards of human decency. But while at happy hour, you notice your male friends make a sexist statement and your female friends frown, but because they’re outnumbered, they don’t say anything. Plus, they know that they’ll just be ridiculed if they say anything because the guys just won’t understand.

BE A GOOD FRIEND HACK: Speak up! I know, I know, you’d rather just enjoy the cocktail, let loose and see if you can go home with that cute girl at the bar. But for once, demand to be a little more than mediocre. Tell your male friends that you didn’t think that joke was funny. If they make fun of you for it, they aren’t worth keeping around anyway because they will definitely be the same guys who get accused of sexual harassment and sexual misconduct. It turns out, men who casually make sexist comments, jokes and statements also view women through the lens of sexuality instead of humanity. And you are who you walk with, so avoid the douchebags and any potential accusations at the same time! It’s like getting to celebrate Christmas all year!

Situation Five: You’re on a date with a girl and things are going great! You are excited because your dry spell of 3 months will finally be over tonight because it’s the third date and according to the Second Amendment in the Constitution of Dickwads, that’s the official date to score. It’s basic law and we have to support the Second Amendment-no restrictions or conditions of any sort allowed. After getting drinks, she comes back to your place and everything is great. You reach to help her take her shirt off and she pushes your hand away. You persist because if you didn’t, what kind of man would you be, right? You reach for her shirt anyway and because she’s shorter, you easily overpower her. You begin kissing her again and she doesn’t kiss you back. You ignore it though, because if she didn’t want to hook up, why would she come back to your place, right? You shrug and keep kissing her except she pulls away and says she wants to just hang out. You’re okay with that; you pop in a movie. It’s a great way for her to relax and then once she’s relaxed, you’ll try again.

CRAZY FEMINIST HACK SO YOU DON’T GET ACCUSED OF ANYTHING: respect her boundaries…and don’t try to have sex with her. Unless she is enthusiastically saying yes, she isn’t giving her consent. Just because she isn’t saying ‘no’ outright does not mean she is saying ‘yes’. Unless the words “Yes, let’s have sex” come out of her mouth, she is not giving her consent. And if she doesn’t want to have sex with you, do the crazy thing and respect her boundaries. (Not in an Aziz Ansari way, where you get her a cab after forcing her to go down on you-do it before.) And if you end up not having sex, the upside is not violating someone-which turns out is pretty cool and will set you apart from other men. If you are worried she will be upset, I am almost certain she will be happier that you asked. Funnily enough, the nicer you are and the more you respect women, the more they want to be around you. It’s like the craziest concept one has ever heard. And then you won’t find yourself in many of the above-mentioned situations. WIN-WIN! And, the best part is, you get to then pass on this wisdom to your fellow men! And everyone can avoid false accusations this way!

Again, unless she consents to any sexual acts enthusiastically, don’t try to force her to perform them. You might be thinking “Well, why doesn’t she just say that?” Because unfortunately, we aren’t at a point in society yet where women are socialized to speak up. We punish women when they speak up and let them suffer when they are silent. As a result, women almost expect to be treated badly and many women report having horrible relationships in their early twenties. Even though the average modern woman today is more empowered than the generations that came before us, there is still a long fight ahead when it comes to gender equality. Gender parity in paychecks, political office, representation in the media and societal expectations are very much real. We still don’t let women do things men have been getting away with since the beginning of time. The day men acknowledge that women’s issues are their issues too (because of the radical idea that women are people too), there won’t be a need for any of these kinds of articles. I hope you learned something and if you were offended by anything in this article, take a step back and ask yourself why you were offended.

The Woman Who Went Missing On Google Search