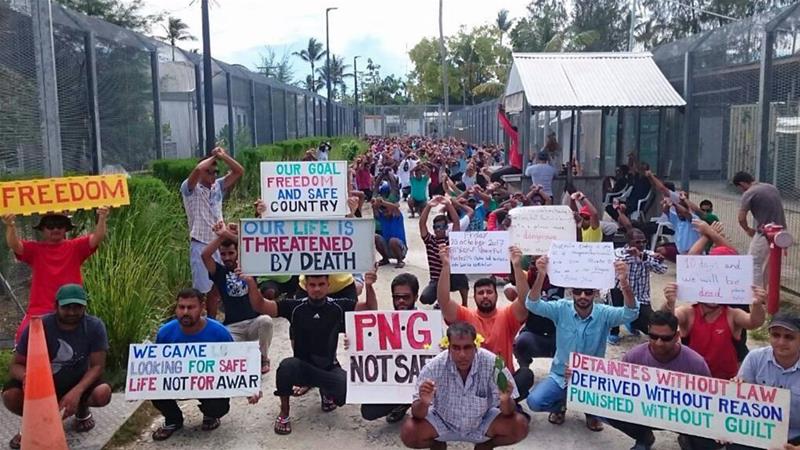 From October 21, 2001, to November 23, 2017, the Manus Island Detention Centre played a central role in Australia’s attempt to stem the flow of refugees arriving on their shores. Migrants attempting to reach Australia by sea were illegally detained by the Australian government and imprisoned on Manus Island, often for years at a time. The most famous detainee incarcerated on the island was Behrouz Boochani, Kurdish journalist forced to flee Iran for advocating for the Kurdish people. Boochani relays his story, and those of his fellow migrants, in his book No Friend But The Mountains. Thousands of refugees seeking asylum have ended up on Manus Island and in similar detention centres run by the Australian government including Nauru Regional Processing Centre, Hillside Haus, and Maribyrnong Immigration Detention Centre.

In many cases, citizens of big receiving countries like the U.S. and Australia have no idea the extent to which refugees are detained, or worse, they support their government’s inhumane policies. People fleeing war and persecution arrive in a country in which they believe they’ll be safe, only to be labelled as criminals and locked away. They receive no legal representation and have little or no contact with the rest of the world. Migrants detained off the coast of Australia were given two choices; return to their home country or stay in a prison camp on Manus Island. For Boochani and so many others, going back is not an option. To go back would mean certain death or crushing poverty, and most used all their resources to make it this far. How is it acceptable to look someone in the eye who risked their lives for the chance to become part of your country, and tell them to go back where they came from?

Refugees are not criminals. They are not terrorist infiltrators or “bad hombres” out to steal our jobs. To view them as such negates the very meaning of the word “refugee.” First and foremost, they are human beings. They are human beings who have been forced to uproot their families in search of a better life. Parents do not put their children on a raft in the middle of the ocean unless the ocean is safer than dry land. People do not cross deserts or risk imprisonment simply to avoid the hassle of the immigration process. These are the actions of desperate people. More importantly, these are the actions of people courageous enough to abandon everything and rebuild themselves in a new place. I for one, am proud to welcome anyone strong enough to accomplish such a feat into my country.

The treatment of unidentified migrants by countries like the United States and Australia is unequivocally unacceptable. Full stop. Regardless of legal status, migrants should not be spending years of their lives in incarceration. Children should not be living in cages. Especially in Australia’s case, it is intolerable to arrest migrants desperate enough to risk their lives on the open ocean, before they have even reached the shore. There has to be a better way.

I don’t have an answer to illegal migration or the refugee crisis. It is a complicated, multi-faceted issue that I fear will get much worse before it gets better. What I do know is that receiving countries must stop viewing refugees as undesirable drains on society. Refugees are so much more than their trauma, and if we were to see the strength and endurance it took to get them this far, then we would realize how much they have to offer.