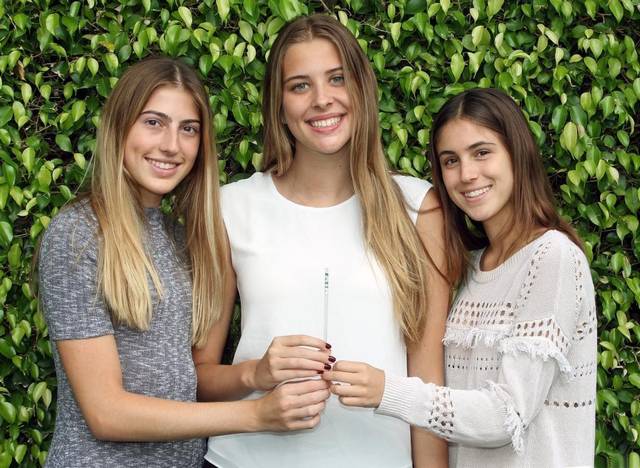 Photo Courtesy of the Miami Herald

Victoria Roca, Susana Capello, and Carolina Baigorri are a trio of ostensible “normalcy” with regards to teenage-hood and their conventional high school attendance at Guillver Preparatory School in Miami, Florida.  Howbeit, in the wake of their enrollment in a curriculum encompassing entrepreneurship, the triad medalled as regnant “top dogs” within the Business Plan Challenge High School Track.  Despite a classroom trounced with defeatists, Victoria, Susana, and Carolina productized what is designated a “Smart Straw,” a beverage straw generated to chemically discern mainstream “date rape” pharmaceuticals, incorporated of Rohypnol (“roofies”), GHB (gamma hydroxybutyric acid), and Ketamine (“Special K”).

With reference to the trinity’s hometown citation, the Miami Herald, “Through research, the students found out that GHB and Ketamine are overwhelmingly the most common club drugs, so they set out to develop a first product that can test for those two; tests for other drugs could be added later,” Victoria said. “The college-age demographic would be the team’s target market.  If the drinks are found to be safe, they can be consumed because the tests would not contaminate the drink.”

The unobtrusive straw is blueprinted with a couplet of bands swathing the bottom segment, which transmogrify into a blue pigment upon contact with the aforestated drugs in either alcoholic or nonalcoholic refreshments.

Reportedly, “Initially they considered putting the tests in some form of jewelry.  Fellow students didn’t like the idea, so they pivoted to straws that incorporated a test for the drugs.  Straws are easy to carry, inexpensive to make and something that bars, sororities, fraternities and other student organizations that host parties could easily stock and hand out.  Campus health clinics could also distribute them, along with literature about ways to stay safe.  They also want to make the straws eco-friendly.”

Thus, they catapulted themselves into the travail of refining its formulas for the contentment of the Business Plan Challenge’s adjudicators.  Favorably, they, evidently, flourished, precipitating an assessor to denominate it as “brilliant”.  Collectively, they lauded the straightforwardness of the product in consequence of its feasibility in prospective distribution to school organizations, campus health clinics, et cetera.  Furthermore, any individual can facilely tote a straw within their handbag, backpack—there is no perceptible limitation to its potentiality.

Moreover, with acknowledgment to the jeopardizing predictability of copycat developments, Victoria, Susana, and Carolina are investigating patent production per their evaluators’ recommendations.  Additionally, they have invigorated the scholars to experiment beyond their exposition in climaxing supplemental products and/or accessible services that may be of assistance in catalyzing their establishment’s societal impression.

Likewise, the innovators are conferring with a test kit manufacturer for modifications to any inadequacies and imminent engineering.  Their concurrent aspirations are to coordinate additional dialogues with campus foundations and medical centers.

Financially, Victoria, Susana, and Carolina have instituted a proposition of a crowd-funded campaign to facilitate their collaborative enterprise.

Daniela Brenha, the educationist of the time-honored International Business and Entrepreneurship Program of Gulliver Preparatory School, divulged her gratification for her pupils.

“Susi, Caro and Toyi discussed and researched issues important to them during the ideation part of their Entrepreneurship class[.]  The alarming statistics of women who are sexually assaulted after being drugged by ‘date rape’ drugs compelled them to create Smart Straws. […] We are very proud of them,” Brenha said.

In summarization, “date rape” is a classification of what is accredited as acquaintance rape.  Albeit the terminology is oftimes employed interchangeably, date rape—in accordance with Mary P. Koss, Ph.D., an American Regents’ Professor with the University of Arizona—determinedly denotes a sexual assault in which there is a preexisting romantic or intimate interpersonal relationship where sexual intercourse would have been apprehended as appropriate between the predator and the survivor had consent been substantiated.

Wikipedia expatiates on the subject matter: “The concept of date rape . . . is relatively new.  Historically, date rape has been taken less seriously than rape by a stranger, but since the 1980s date rape has been increasingly understood to be a serious societal problem that constitutes the majority of rapes in some countries.”

The Bureau of Justice Statistics (BJS) published that date rapes are amongst the preponderance of sexual assaults.  The chief earmarked grouping of women for this genus of sexual assaults are between the ages of sixteen and twenty-four.

A survey centralizing upon sexual assault incidences on American university campuses, “—found that 13% of acquaintance rapes, and 35% of attempted acquaintance rapes, took place during a date, and another found that 22% of female rape victims had been raped by a current or former date[.]”

Susana, who commentated that her fellow classmates appointed herself, Victoria, and Carolina as “the straw ladies” in jest, stated, “We were really passionate about this so we kept on pursuing it[.]  [I]t’s a real and growing problem . . . Our goal is to reduce the [date rape] statistics.”

Victoria, a senior at Gulliver Preparatory High School, will be accompanying the class of 2021 at Babson College, a private institution within Wellesley, Massachusetts, and endeavoring into entrepreneurship coursework.  The entrepreneurial department of teachings is professedly genetic for Victoria, for her grandfather is the pioneer of Digitel GSM, a Venezuelan mobile phone network company.  Her mother, too, pledges to a miscellany of entrepreneurial ventures, and her cousins are executive administrators for their app agency, which Victoria is a nominated ambassador for.

Albeit Susana is a year underneath Victoria, her accomplishments are multifarious.  She has apprenticed at The LAB, a hub for transcontinental entrepreneurs, and has originated a business coined “Sketch Your Home”.  Her father, Juan Pablo Capello, was an inaugurating investor for The LAB Miami, and is acclaimed for his expansive entrepreneurial and investor undertakings.

Carolina, correspondingly, is a junior at Gulliver Preparatory High School, and, alongside her teammates, is an affiliate of Gulliver’s International Business and Entrepreneurship Program and Gulliver’s Business Club.  Her aunt and uncle, Ed and Crissi Boland, respectively, are management to a children’s toy line, HeroBoys, which Carolina has estimated as the conception to her entrepreneurial tutelage.  “If you are really passionate about it, it is so much better,” she has proclaimed.

So What Is Libido, Anyways? 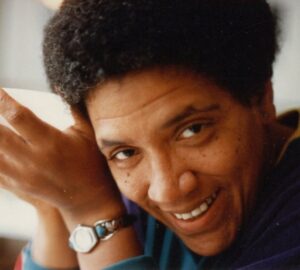