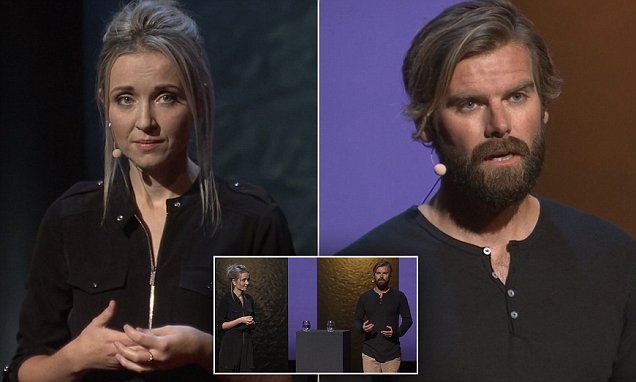 Cosmopolitan recently published an article that caught the attention of women and men all over the world. No, it wasn’t your typical “How to Make Your Life 50 Shades Darker” or “10 Signs You Match Your Star Sign.” This was about a woman who forgave her rapist and is now publishing a book which he co-wrote alongside her.

Did I forget to mention, they performed a Ted Talk together?

Before I begin, It’s only fair that I introduce our victim and her attacker. Thordis Elva was only 16 years old, when Tom Stranger, her boyfriend at the time, raped her in her bedroom, while drunk. I’ll spare you the details of that night and just provide the article’s link here.

To some, it doesn’t seem like a big issue that Elva and Stranger are now sharing several stages all over the world, telling both of their sides of the story. But to me, it’s a sign that we are now giving rapists – these people who have committed unforgivable acts – a platform to discuss their side. And ladies, don’t get me wrong. I applaud Elva for being able to communicate with her rapist and having the courage to look at him without continually breaking down.

The moment I saw the headline come up on my Twitter feed, I couldn’t help but gasp as I processed what I had just read. After many years, women are finally being given a platform to tell the world why our bodies are our choice. Why our bodies are not someone else’s property. Why our bodies are not a toy to take advantage of. But after fighting for so long for our platform, are we going just to hand our #1 enemy, their own platform? Are we going to let them tell other people, “hey, I regret raping someone, but I mean she forgave me, so it’s all good!”

Is that the message we’re trying to send?

As you can see, this article became controversial so quickly, obviously for valid reasons. On the one hand, we want to applaud Elva for being the woman we all want to be: forgiving and forgetful kind. On the other hand, we want nothing more than to criticize Elva for allowing this man to shine, even though some may call him scum.

If you have read any of my past articles, you’d know that I strongly believe that if we don’t attempt to make a change, this “better future” that we preach about will fail to exist.

So is Thordis Elva preaching for a “better future,” or is she becoming part of the problem?

The Hypersexualization Of Queer People On TV