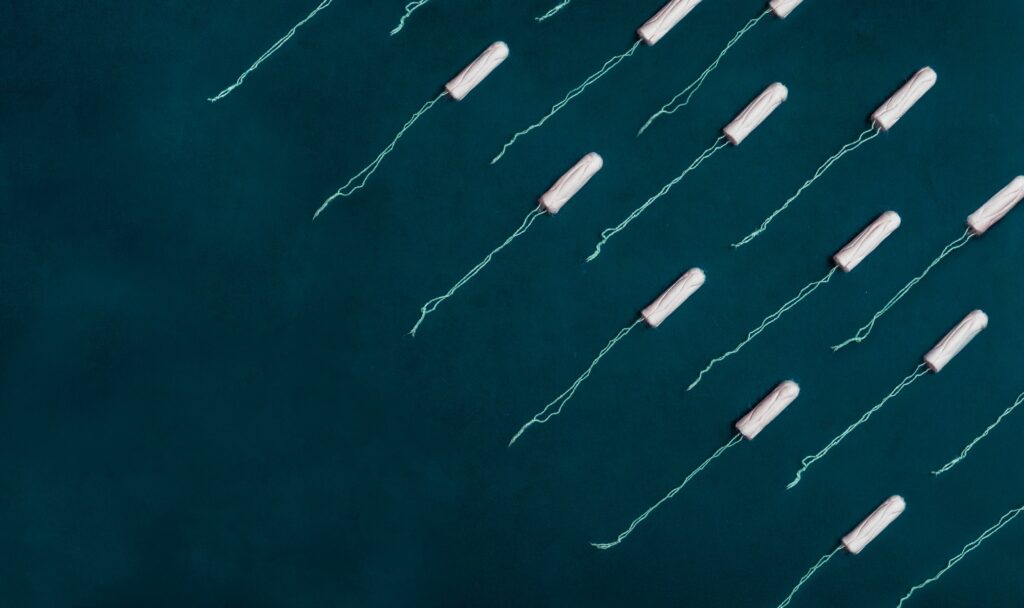 As a society, we are beginning to open up about periods. The shame enveloping periods is beginning to dissolve and the problems that were mired in silence are now being discussed and addressed (for example, period poverty).  Though many of us accept periods are nothing to be ashamed of, some women are finding themselves the victims of a different kind of a shame. The index finger of shame raises to point at women, not for bleeding, but for their choice of period product. Namely, the pad.

The pad is the most widely used product in the world, with some countries having them as the only available option for feminine hygiene. In countries like China, the pad reigns supreme and the tampon is completely overlooked. A lot of the time, a lack of availability or use of tampons in different countries comes down to a lack of education on female bodies. In the western world, however, tampons fly off the shelves and are passed back and forth. And why not? Tampons can bestow a greater degree of freedom on women, allowing them to plunge into oceans or compete as gymnasts (if they so wished).

Here, tampons aren’t just popular, but they have come to be seen as the ‘progressive’ option. Though many tampon-wearers use them alongside pads, the idea that someone may choose to exclusively wear pads is difficult for a minority to stomach. Pad-users have shared their experiences, relaying how their preferences have been met with comments such as ‘what are you? 12?’ or how they’ve been told their choice is ‘unhygienic’ and ‘disgusting.’ Commonly heard responses to their choice include: ‘I would never sit in a pool of my own blood,’ or ‘I could never wear an adult diaper all day.’ While not overwhelmingly common, pad-shaming occurs. As someone who exclusively wears pads, I was surprised to find others too have been judged for dismissing tampons.

Some erroneously believe that a woman who avoids tampons is uncomfortable or ashamed of their own bodies – that they lack maturity and would be equally uncomfortable shopping for underwear. In truth, there are numerous reasons a woman may reach for a pad. For some, wearing a pad is, quite simply, the more comfortable option for them. For others, the reason could be medical. For example, women who suffer from vulvodynia or endometriosis might wear pads to avoid the aggravation of their symptoms. Others may wish to avoid the risk of TSS shock – a risk all women should be aware of. Another reason could involve flow.

Of course, women can face judgment for using either product. Women can and have been shamed for using tampons due to myths surrounding virginity. They may even be shamed for not using one of the newer period products, such as the menstrual cup. As it goes, menstrual cups are kinder to the environment than tampons and pads, therefore (and quite understandably) a lot of users are vocal about their benefits. While the pros and cons of each product should be laid out for all, we must take care not to criticize how others deal with their time of the month. What works for one may not work for another. Instead, we should respect each other’s choices. Telling another woman that she should put a tampon or menstrual cup into HER body and shaming her if she doesn’t is yet another way of attempting to control and police her body.

It’s vital to remember that many women around the world cannot buy a tampon or pad in a store without being hit with judgment and shame. In some countries and cultures, just having a period is still considered wrong and disgusting. In September, a Kenyan schoolgirl took her own life after her own teacher shamed her for getting her period. It was her first period and she didn’t have a pad. In fact, there are a lot of girls who don’t have access to any feminine hygiene products whatsoever! We have a lot more to be concerned about than whether or not another woman is wearing a tampon or pad. And frankly, it’s nobody’s business but hers.