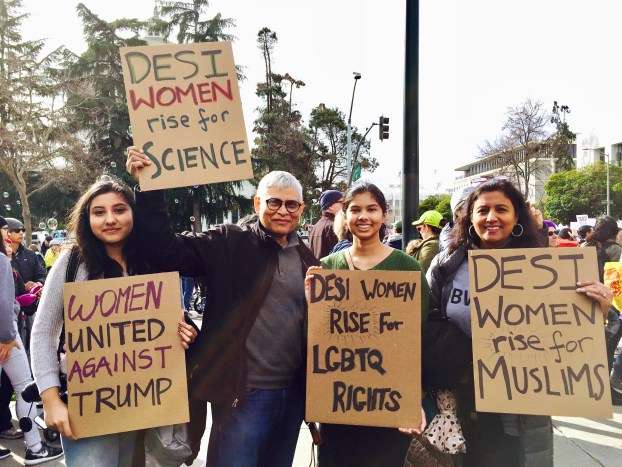 Given our current political climate, issues like racism, misogyny, homophobia, and transphobia are very very real, but are ignored by some. As a Pakistani Muslim, it pains me to say that the South Asian Community is well aware of these issues, but continues to do nothing.

We have young brown people using the N-word, thinking it is just another way to call a friend. We have women shaming other women for wearing clothes that show their skin because it’s not modest and a sin. We think someone being a homosexual or a trans person means they’re definitely going to hell because it’s “haram.”

Misogyny runs deep in our culture as well given the fact that most women didn’t have and still don’t have a say in their own lives. Us South Asian girls can’t wear what we want because apparently, you’ll be more respected if you dress modest and showing skin is a sin. This isn’t something we should be teaching our little girls; we need to teach boys to lower their gaze, to respect every single woman they come across. Us girls shouldn’t have to hide our bodies because of the male gaze, we should love and cherish them. As a freshman in college, the first thing I noticed about the Pakistanis I encountered, especially the women, is that they are very quick to judge other women when it comes to what they’re wearing. Calling her “a disgrace to Islam”, “a whore/slut” etc. When it comes down to it, these behaviors are taught to us by the very society that tells us that our bodies are beautiful and men should lower their gaze. It is also taught by our families and the culture we live in.

Being a homosexual and trans in this day and age is a struggle. The only goal of the LGBTQ+ movement is to be ACCEPTED. That is all they are asking for. As South Asians, we want the west to treat us as equals, to not call us terrorists, to not make mockeries of our religious statues, to ACCEPT us. However, how can we expect that when we aren’t even willing to accept them?

Identifying as a South Asian Muslim makes me so proud because we are great and we are destined for greatness. My love for our people runs deep. However, ignoring the problems in our community is not something any person should do. Whether you believe in a religion or not, I believe it’s important to note that we as South Asians need to do better. If we become just a little open-minded, imagine what we could do. If we bring our beautiful, creative minds together with people all over the world, the innovations we create will be extraordinary.