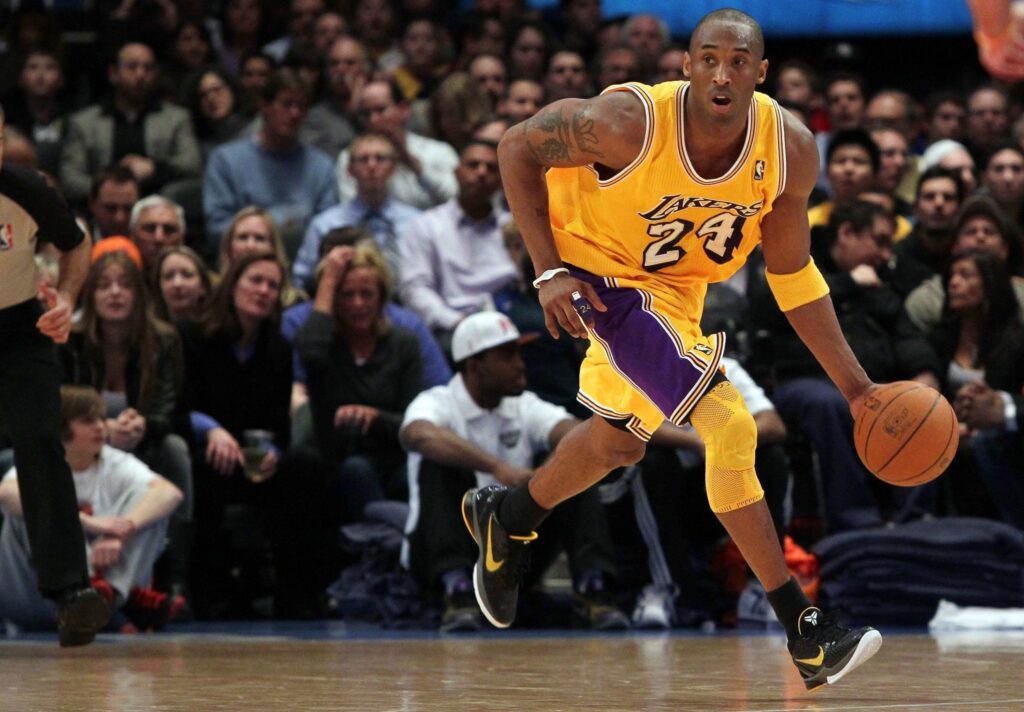 The death of Kobe Bryant, his 13-year-old daughter Gianna and seven other passengers including the pilot on January 26 in California is exactly what it is – untimely, heartbreaking, and tragic. Still youthful at 41 with a thriving career and personal life, Kobe had a lot to offer to the world of sports through his own games and noble efforts to uplift women’s sports. The legend of the Black Mamba is undeniable. In fact, you can almost touch the greatness that was Kobe. He started his professional basketball career at the age of 17 and in his 20 year long NBA stint remained fiercely loyal to the Lakers. It won’t be a stretch to assume that Kobe truly was Los Angeles’ greatest asset. So much so that his sportsmanship wasn’t just restricted to the basketball court but went on to create the Mamba Mentality. In his own words, Kobe described it as, “[…] focusing on the process and trusting in the hard work when it matters most. It’s the ultimate mantra for the competitive spirit. It started just as a hashtag that came to me one day, and it’s grown into something athletes — and even non-athletes — embrace as a mindset.” Such was the potency of the mindset that Kobe ended up authoring a bestseller – The Mamba Mentality: How I Play.

Mamba Mentality seemed so doable, so necessary that even the average Joe could dream of making it big in the world. Kobe made sure that each one of us could strive for greatness. You didn’t have to be Laker’s fan to understand what Kobe achieved as an athlete – his greatness transcended the world of sports and made its way into the daily lives of people like us. Kobe died as an athlete par excellence, and as a friend cheering us on with his can-do attitude.

Bryant was undeniably larger than life – a sportsman who’d forever be remembered as one of the greatest to have ever lived, a solid role model to so many aspiring athletes and POC, a champion of women’s sports, a doting father and a proud family man. Amidst his truly important achievements, Kobe also leaves behind a very disturbing off-court legacy…that of a sex offender.

When we mourn Kobe we not only remember him as the 18-time All-Star Bryant but also as a man who profited off of being a man in the masculine, sexist world of sports. This takes us back to July 2003, when Bryant was charged with being sexually violent with a 19-year-old employee of the Lodge and Spa at Cordillera in Edwards, Colorado. Kobe confessed to not explicitly asking for consent after initially denying having sex with her. Bryant was forced to confront the allegations against him when evidence such as a bruise on her neck, the tears and bruises on her genitals, his semen inside her, and her blood on his shirt appeared consistent with her accusations of him being sexually violent with her and also choking her during the process.

The already terrifying encounter was made worse when during the criminal proceedings, the media and Bryant’s legal team used the survivor’s real name and discussed her sexual and psychiatric history to discredit her accusations. She was dragged by the media and fans which eventually led to her refusing to testify in the court of law.

The case was dismissed, Bryant issued an apology and settled for an undisclosed sum in a civil suit. This all too common narrative could mean two things – one, that the survivor was lying and decided to drop charges upon realising her folly and second, more believably, that she was a terrified 19-year-old woman who realised she was trying to move mountains against a man of incredible social standing.

Kobe did not commit the crime as a “nobody,” but as a global superstar with incredible social and financial privilege at his disposal. It would be fair of us to assume that while committing the act, Kobe was well aware of compromising his name and the legacy he had by then built on his own merit. Other than the loss of a few weeks worth of paychecks, Kobe lost out on some sponsorship…and that’s about it. In the larger context of consequences, he really did not lose out on anything at all.

With the advent of social media and the necessity of reacting to every piece of news in real-time, we often find it difficult to separate a man from his incredible career and a questionable personal life. Bryant actively advocated for women’s sport, coached his daughter’s basketball team and took great pride in being in the company of strong women. Nonetheless, his noble intentions pale in comparison to his very real identity of being an abuser. No amount of redemptive act will negate the truth that he had once endangered the life of a woman, worsened her trauma through mudslinging, and created a hostile atmosphere for those survivors who were forced into silence before they could even speak out against their own powerful abusers.

Bryant’s unscathed basketball career following the rape allegations is a compelling narrative of how men (in sports and otherwise) don’t have much to lose whereas women are shunned into the disappearance. In such times it is important to remember that Bryant the Lakers legend and Bryant the rape accused are not two different people at all. Rather these two truths do not exist in a vacuum and are an integral part of a complicated Venn set that is Kobe Bryant – an athlete and a sex criminal. While it is up to the survivor to forgive Bryant’s actions, it remains the community’s responsibility to question how fame and wealth insulate powerful men from being prosecuted for crimes they have committed.

The death of Bryant is a solemn reminder of the finality and inescapability of death – no matter how untouchable our idols might appear to be. Along with a legacy of stupendous sportsmanship, Black Mamba also leaves us with a perennially open question: when can a woman speak up about abuse – certainly not when the accused is alive, for it will tarnish his reputation and certainly not in death, for it will tarnish the cherished memories of his fans and loved ones – so really, is there ever a good time to assess a male public figure who despite being great at what he does can simultaneously be a powerful figure of gross injustice? Can our beloved male icons have attained the status of a legend (in life and in death) on the backs of the silences of too many women hushed up by men far powerful than them?

The accusations against Bryant cannot erase his achievements but force us to acknowledge certain truths that complicate the culture of irrefutable hero-worship in the masculine world of sports.

Sayari Debnath
"I took a deep breath and listened to the old brag of my heart. I am, I am, I am." A staunch feminist at heart, my passion lies in literature, women's issues, fashion, travel and my cats! Let's truly change the world, one kind word at a time.

Colorism And Anti-Blackness In The Asian Community 10983