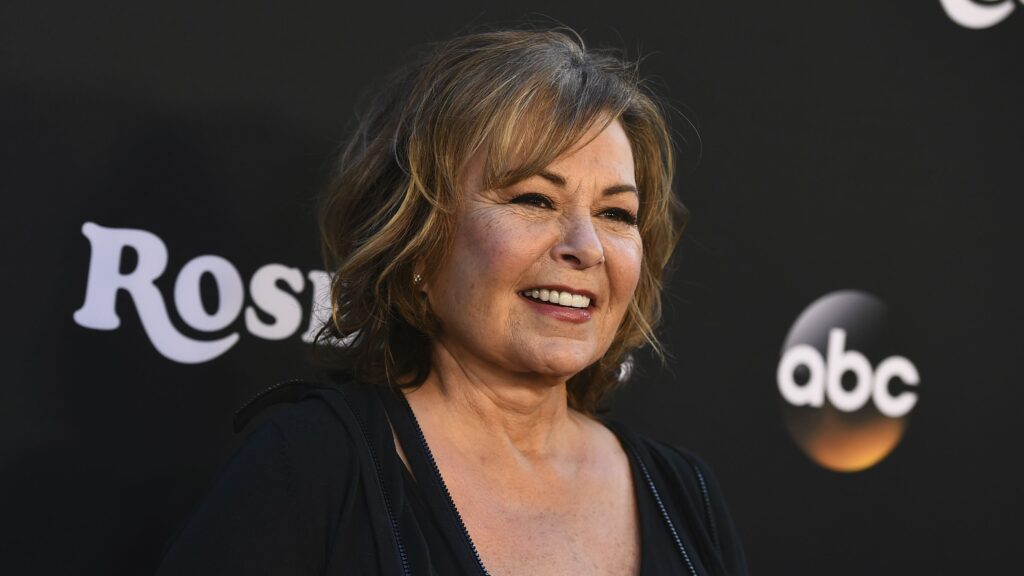 It has been 2 weeks since fans worldwide had been hit with the news of their beloved television series being cancelled. This season of TV cancellations was by far the most brutal and unwarranted. It has been estimated that all most 51% of the series that debuted during the 2017-18 TV season. ABC has cancelled approximately 11 shows and still counting the Twitterverse had lost their “cool” when they found that one show, in particular, had been kept off the list: ROSEANNE.

Not only had it been not cancelled, but it had been renewed for an 11th season by the ABC network even after the majority of the audience deemed it to be problematic and became the show which ridiculed Presidential candidate, Hillary Clinton, and Trump had congratulated her on the highest rating of a series reboot in the history of ABC network with 18.2 million.

Stating that they finally had a show that “was about us,” as if there wasn’t already a viral video of a closeted racist who was seen harassing people who weren’t “CAUCASIAN” on a regular basis ever since he announced his presidential bid against the “Mexican rapists.”

However, just when you think that God isn’t listening, you are given the best news possible. ABC announced Tuesday, May 29th that they have cancelled the Roseanne reboot’s plans of Season 11 due to the racist tweets by the titular character of the show.

The decision by ABC was final due to the tweets that described Valerie Jarrett, who was a former aide to Obama, as “the child of the Muslim Brotherhood & planet of the apes.” In a separate tweet, she called George Soros, who just happens to be a Democratic donor “a Nazi.” The President of ABC, Channing Dungey, released the following statement:

“Roseanne’s Twitter statement is abhorrent, repugnant and inconsistent with our values, and we have decided to cancel her show.”

Barr has since apologized for her “joke” as she said. Fellow cast member, Sara Gilbert, has conveyed that the words spoken by Barr do not reflect the beliefs of the rest of the cast and crew. Various stars and media personalities have joined in and thanked Dungey’s decision on the cancellation.

The list goes on as follows; Ava DuVernay, Viola Davis, Shonda Rhimes, Debra Messing and even ex-husband of Barr, Tom Arnold to just name a few. It is a beautiful thing to see someone burn in the fire that they had set themselves.

Roseanne Barr had been fueling the fire she had set for quite some time it isn’t surprising that ABC pulled the plug on them. Here is a list of some of her most problematic tweets to date. 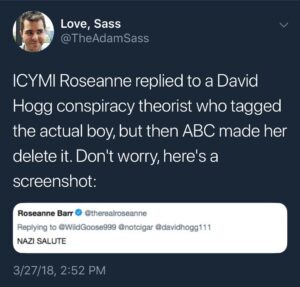 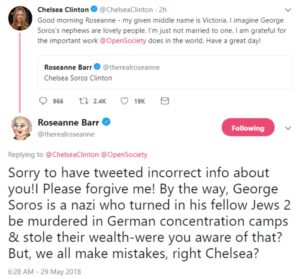 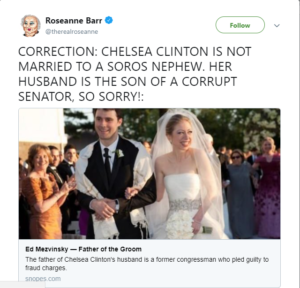 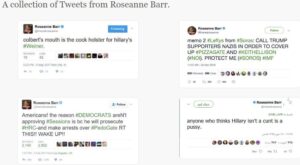 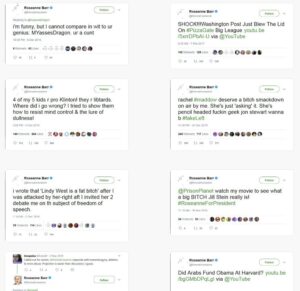 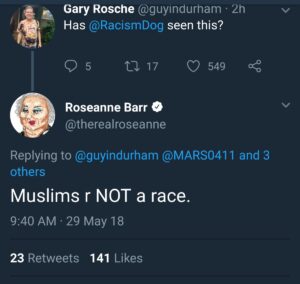 I am sure we will be seeing similar tweets in the future where she will go on with her racist and albeit unresearched discourse. Be on the lookout as she has been tweeting since the cancellation of her show. Where she says to her fans not to defend her and to not boycott the network yet subtweets about the wrongful termination of her show.

Although, the cancellation might not be the best of news for the rest of the cast who are admired. In my opinion, John Goodman and Laurie Metcalf were robbed but fans are in hopes to possibly see a spin-off without Barr, in the midst of the cancellation. I would much rather prefer if they didn’t cancel it but rather just written her off the show or created a spin-off to ensure that all the cast and crew do not lose their jobs.