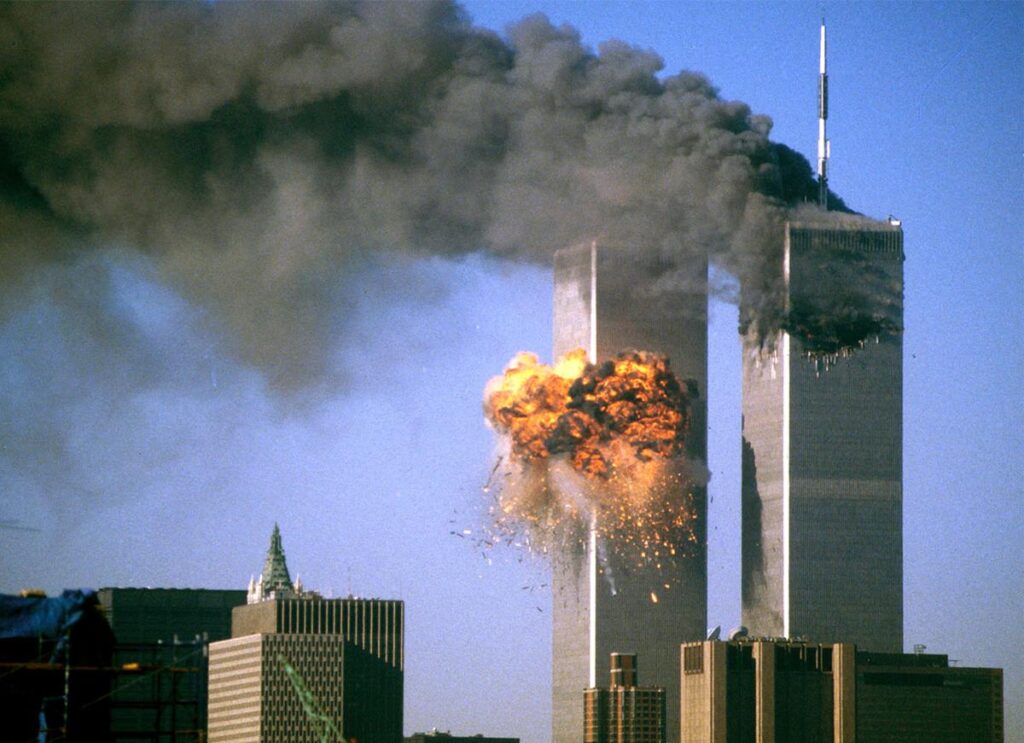 Time stood still when the first hijacked plane flew into the World Trade Center on September 11, 2001. As the world looked on in horror, Americans reeled with the shock of the deadliest terror attack in U.S. history. Roughly 3,000 people died in the attack, and the brave first- responders who worked so tirelessly to reach survivors are still suffering the effects to this day. The majority of victims were lost when the Twin Towers fell, but hundreds were killed in the attack on the Pentagon, and the sacrifice of the passengers on Flight 93 will never be forgotten. Thousands of children were left to grow up without their parents, and America’s sense of security was utterly shattered. On that fateful day, the American psyche was forever changed and the “9/11 Generation” was born.

“The 9/11 Generation” refers to the generation of children for whom 9/11 was a defining factor in their development. This includes Millennials and older members of Generation Z. While many Millennials have memories of 9/11 or the weeks after, Gen Z has no memory of the attack because they were too young. I was only 2 years old when it happened, and my brother was only a few months old. We don’t remember that terrible day, but our entire lives have been shaped by its aftermath.

9/11 stole our innocence from us before we even really had it. We grew up in a national environment of rage, fear, and xenophobia, as citizens of a nation hell-bent on revenge. The 9/11 generation has never known the sense of security and peace felt by previous generations. For 18 years, all but 2 years of my life, my country has been at war. Thousands of American soldiers have died fighting the War on Terror, and thousands of other civilians have been killed in Iraq, Pakistan, Afghanistan, and Syria. The soldiers who do come back to us come back changed from what they have seen and done overseas, and many military families are left dealing with the effects of PTSD. In this war against terrorism, we have lost so much and seemingly gained so little. Now, the 9/11 generation is coming of age and joining the military, a fact which is disconcerting, to say the least.

This generation has spent their formative years surrounded by Islamophobia and ignorance born of fear. Because of this, we are left with a skewed view of the Middle East and the people who live there. For example, I remember having to watch a video of the Twin Towers falling in my 7th-grade math class, and the boy sitting next to me bragging to his friends about how he wanted to “go over there and blow them all up. Kill them all.” This is a toxic, overtly violent mindset that has been imposed on us from a young age. A 12-year-old boy shouldn’t be thinking like that, let alone find it acceptable to say such thoughts in a classroom, but this is the society we have grown up in.

There are many young men and women who join the military with a desire to kill the people they consider responsible for the 9/11 attacks. But who is responsible? What many Americans don’t understand, or rather choose not to understand, is that the civilians of countries like Afghanistan and Iraq had no part in 9/11, and the overwhelming majority of Muslims and Arabs in the world condemn terrorism and the acts of Islamist organizations. In fact, they suffer the consequences of terrorism every day. Terrorists are responsible for the 9/11 attacks, and for the violence that ensued afterward by drawing the U.S. military into the Middle East. But, what we have yet to admit to ourselves is that it is nearly impossible to stamp out terrorism, and more often than not our efforts only create more terrorists.

So what can we do?

For starters, the 9/11 Generation needs to understand the conditions we were raised in, and how our perception of the world has been molded by the older generations’ response to 9/11. We have to work harder to understand our relationship with the Middle East and find a better way to combat terrorism or we may very well spend another 18 years fighting in the desert. 9/11 was devastating and destroyed so many lives, but we must move past it as a nation. Never Forget, but keep moving forward so that we can give our children a more peaceful future than we’ve had.