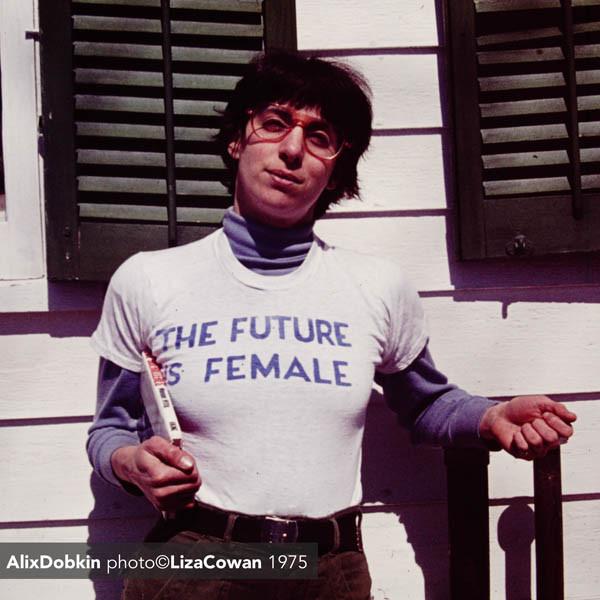 In October 2015, famous model Cara Delevinge and her girlfriend were spotted wearing sweaters with a phrase depicted right across the front: “The Future Is Female.” Since then, the phrase has been plastered across t-shirts, mugs, water bottles, pins, and even on posters during protests. The slogan isn’t something new that modern day feminist created. In fact, it’s been around for decades. But what does the phrase truly mean? And what’s the origin?

Labyris Books was the first women’s bookstore to open in New York City. It’s founders were all lesbian feminists who wanted a safe space to not only enjoy literature, but also somewhere where they could be themselves. They faced criticism from the heterosexual community because they felt like they were not welcomed in the bookstore—but the founders said that anyone who felt like they belonged, belonged.

The slogan of the bookstore became, “The Future Is Female,” and they decided to print it on a few shirts and sell them to the public. A woman named Liza Cowan can be credited with making the statement go viral because in 1975 she took a picture of her (then) girlfriend, Alix Dobkin, wearing the shirt. She originally just took the picture for a presentation that she was working on called: “What The Well Dressed Dyke Will Wear.”

A few decades passed and the slogan was almost unheard of, until Rachel Berks, a feminist graphic designer was skimming Instagram one day, and came across the original picture that was taken by Liza Cowan. She was inspired by the picture and sought out Cowan to ask permission to recreate the shirts and tell them at her online store, called Otherwild.

Berks created the 25 shirts which sold out almost instantly. The shirts became extremely popular because of websites like Tumblr that promoted them, and Berks saw an amazing opportunity to raise awareness to issues that were important to feminist culture.  One issue that is important to her is keeping Planned Parenthood running so that women can have safe and legal operations.

Although the roots of this phrase dealt with lesbian feminist separatists, it has become something different entirely.

People everywhere are wearing the shirt with pride and creating different meanings from it. To some, it shows girl power and how empowered they feel. To others, it merely means that women are going to start dominating in a world that is currently ruled by men. Others simply want equality between all genders.

Whatever the case, one thing is truly certain. Women everywhere are starting to stand up for the things that they believe in, openly and unapologetically.

The future truly is female.

The Type of Sexual Assault We Don’t Talk About: Coercion 18194

5 Reasons Why You SHOULD Date Indian Girls 14679