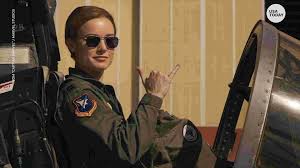 Captain Marvel was one of the most awaited movies of the Avengers series. It is written and directed by Anna Boden and Ryan Fleck along with Geneva Robertson-Dworet. She is regarded as the most powerful superhero from the entire franchise. This was enough to cause feelings of discontentment from the people in the Marvel fandom calling it as a propaganda film and quoting it is “too feminist” and “politically correct”

What exactly does it mean to be “politically correct?” Anything that challenges the ingrained narrative of only white/upper-class cis men being in positions of power. The story revolves around a Vers/Carol Danvers who is first shown to be a Kree and is a member of their Starforce that eliminates Skrulls that are portrayed as terrorists. She keeps getting flashes of her life before her time as a Kree and later during an ambush is taken hostage by the Skrulls where she realises that she is an American Air-force pilot who is presumed to be dead in an along with her mentor, Dr.Lawson. It is later revealed that Dr.Lawson was a rouge Kree operative who realised that the Skrulls are just refugees painted as because they refused to accept the Kree rule and fought for their planet which in return was destroyed by the Kree.

Throughout the movie we see her being put down by people in positions of power – usually men. They showcase various techniques used by them to gatekeep their “sacred circles” they tear her down through condescension, gaslighting and bullying among other things. Now I’d like to point out everything that Carol Danvers as a human had to go through, many women you know have gone through. Being catcalled and told to smile more? Been there, so much so that as the poster of the movie was released a couple of months ago, not to anyone’s surprise was said to be “too serious” because Brie Larson wasn’t smiling in it. Coming back to the point, almost every woman is told she’s too emotional and needs to keep her emotions in check in order to prosper and “be the best version of herself” she’s constantly told that she’s never going to be good enough for a specific field because she’s biologically incapable, a statement still used to hold women back. Brie’s Captain Marvel not being politically correct is everyday life for many of us, things that we are so accustomed to that we don’t realise how wrong they are.

Another line used in the movie by Jude Law’s Yon-Rogg is, “whatever is given can be taken back” this showcases the power dynamics of real life, where women are constantly reminded that every right they fought for is “granted” to them and what more can they possibly wish to have? People fail to realise the more important question that should be asked is why should anyone have that kind of power of a certain minority. This also creates a barrier that restrains women to go against the defined gender for them, they are asked to not disrupt the environment that they are in if they wish to retain the seat that has been “given” to them. She disrupts this by saying that she recognises that she has been holding herself back and is done doing that is no longer afraid to live her internal potential.

Captain Marvel also doesn’t have a romantic storyline that makes her want to fight for the right thing. She recognizes her mistakes and works to fix them, in any way that she can. Her relationship with Maria Rambeau along with her daughter Monica shows us another side of her personality that is warm and loving. Nick Fury also forms a close bond with Danvers. This leaves behind the notion that women in of power need to be cold, selfish and unforgiving.

Probably the most powerful montage to watch in the movie is of her as a young girl through adulthood, being told she’s not good enough when she doesn’t master something in the first try but getting up and trying harder despite that. Captain Marvel is mostly about the power that women already have, the movie’s entire premise is that everything we could possibly need in order to liberate ourselves is already present internally. We need no external force to propel us. In her last face off with Yon-Rogg in the movie, he tries to persuade her not to use her “new-found” power and fight fair and she flat-out refuses to engage and blasts him off anyway.

Captain Marvel is here, and she ready to challenge everything that is traditionally expected from a female superhero and people couldn’t be happier. The box office records for her opening weekend prove so. This is the representation you get when you let in women in creative spaces.

All I can say now is Higher, Further, Faster baby.

Intersectional feminist who is extremely passionate and opinionated. Wants to make the world a more inclusive. Also loves reading and collecting stationary.