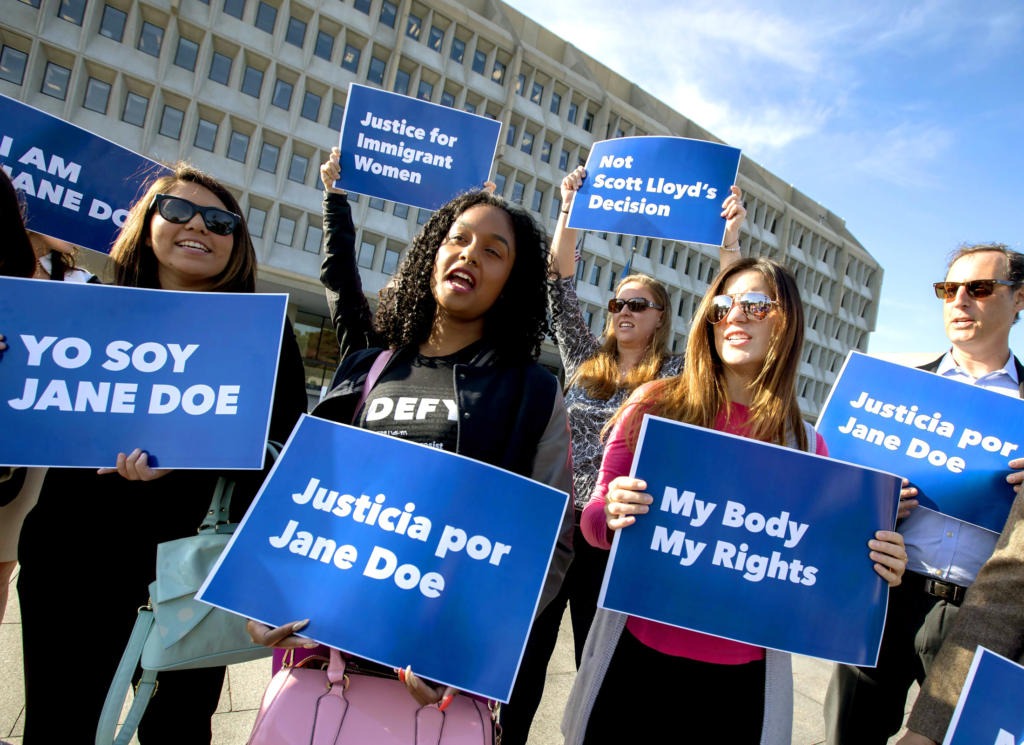 There has been a long-standing debate in America about the rights to abortion. The pro-life and the pro-choice groups have been in a constant battle over who has the right to decide when life begins and whether or not that life can be taken away. Both sides present valid arguments, but one problem I have with many of the pro-life supporters is the line they draw between being pro-life and being pro-human. Where does this distinction begin?

As a biology major, I can attest to the fact that race is a social construct. There is nothing in our genes that defines what race is. There have been numerous accounts in which an individual has strongly attested herself to be white. Upon a DNA test from 23AndMe (an ever-common occurrence with the efficiency of gene sequencing), she finds out she’s not just white. She’s some percentage Asian, some percentage Native American, and some percentage whichever race you can imagine. Now, her perception of who she is radically different. Can she still identify as being white when her genes claim that she is a multitude of many different backgrounds? I take myself as a prime example. I strongly identify as Latinx. I mark Hispanic/Latino on all forms in which demographic information is taken into account. However, my mother is Irish American through and through. How is it that I can identify as being Latinx when my own mother doesn’t coincide with the way I perceive myself? My main point here is that race is socially determined. Biologically, we are all the same as a species. So how does this relate with abortion?

The Trump Administration has passed policy in which undocumented minors can be denied abortions even in the case of rape and incest. A recent case in Texas sparked national controversy in which a young undocumented female dubbed “Jane Doe” was denied an abortion unless she was able to find a sponsor to take legal responsibility of her. Because of this, her abortion request has been delayed, slowly reaching the 20-week marker in which abortions in the state of Texas are illegal. This young woman attempted to come into this country in search for a better life than the one she led in Mexico only to get a bitter taste of American politics in which white men feel as if they have any sort of jurisdiction over the bodies of women. Getting an abortion in this country as a white citizen is hard enough, let alone attempting to get an abortion as an undocumented immigrant detained by the state.

This case, as unsettling as it is, sheds light on the hardships women face at the intersections of immigration status, race, and womanhood. No women should be forced into an unwanted pregnancy, especially in the case of rape, incest, or childhood pregnancy. No young girl should be treated with such malice and scorn as Jane Doe was. No human should have to face the kind of mistreatment and dehumanization as people of color face every single day. I say this for the people who are pro-life: step up. Step up to the statements you believe so strongly in. Step up to the fact that every human has the right to life. Step up to the fact that every baby is valuable, important, and a blessing. Step up to the fact that every individual, regardless of race, ethnicity, gender, sexuality, religion, and abilities has a right to the best and most fruitful life possible. Besides, we are all more alike than we are different. Our genome can tell us that.

Thank you so much for taking the time to read my article! This is my first post, so any and all feedback is appreciated. If you have any questions, comments, or concerns, feel free to comment or message me! Thank you again ~ #pussypower

Tweet
abortionamerican policybiologyimmigrantminorracerapeundocumented
Previous Article“Verna” Ban: Banning Movies About Violence Against WomenNext ArticleHere’s Why You Should Check Out Maple Holistics

Miranda Ramirez
Hello there! My name is Miranda Ramirez, and I am a psychology and biology double major at Emory University. I am a Latinx woman with Honduran and Irish roots. I love reading, being outdoors, animals, dancing, and many other thrill-seeking activities! Thank you so much for taking the time to read my work, and if you have any questions, feel free to contact me!