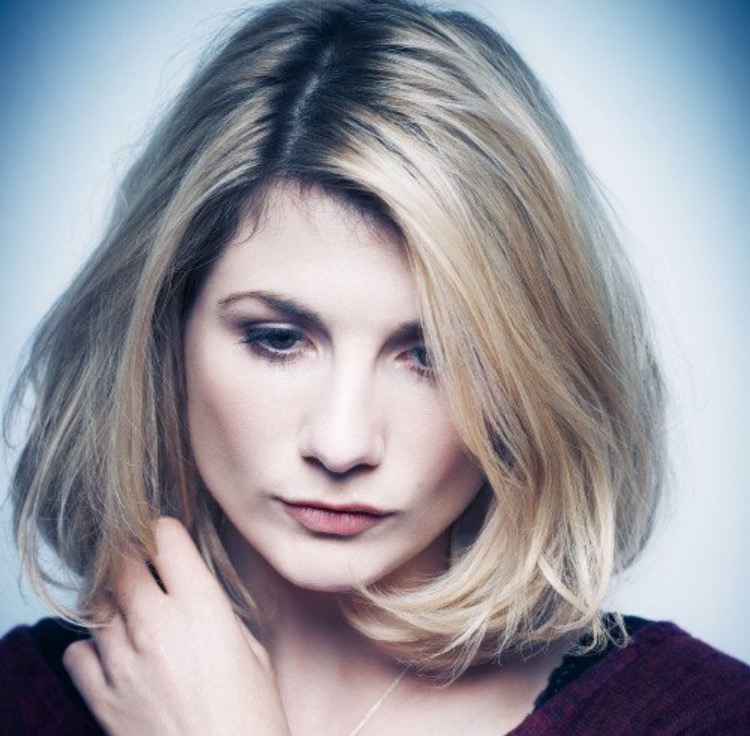 THE NEW FEMALE “DOCTOR WHO” IS ALREADY UNDER ATTACK

This week, BBC announced that they had casted the first ever female Doctor Who, 35 year old Jodie Whittaker. Whittaker had been previously seen in Black Mirror and The Assets, along with many other well known British-based films. Needless to say, the hype and excitement surrounding the news of such a ground-breaking feat for women in the entertainment industry has drawn the attention of many publications. Online news sources have been flooded with articles and editorials on the revolutionary casting decision. However, not all of the published material was posted with good intentions.

Shortly after Whittaker’s exhilarating announcement, online publisher The Sun released a hateful editorial and nude photos of Whittaker from her “saucy screen past,” and degraded the actress. The editorial included comments about Jodie’s casting being a publicity stunt, and calling the entire situation “nauseating.” To top it all off, the aforementioned nude images were published under the title of “Dalektable.”

When The Sun’s major competitor, Daily Mail, discovered the published “news” about the new Doctor, they decided to post nude and topless photos of previous Doctors along with Whittaker’s, presumably to garner more attention. They promptly titled these disgusting invasions of privacy “Doctor Nude!”

All of these articles and pictures were obviously posted to draw attention away from the spectacular achievements of Jodie Whittaker, and degrade and defame her. However, this does not mean that posting nude photos is in any way correct or acceptable. Whittaker posed and acted in the nude because it was her duty to play her role to the fullest, not because she wanted to look sexy or impress anyone. Exposing these photos and attempting to embarrass the actress is immature, impolite, and intolerable for two professional media sources to be doing. Not even a week has passed since the exciting news first surfaced, and Whittaker is already being attacked with her own body and demeaned to nothing more than a promotion of Doctor Who to the public.

Using nude photos to shame and humiliate women is nothing new. Robert Kardashian posted nude photos of his ex-girlfriend, Blac Chyna, on his social media after he claimed she had been cheating on him with multiple men. In late 2016, Jennifer Lawrence’s cell phone was hacked and as a result, nude pictures of her were leaked without her consent. Despite the fact that this happens quite often for celebrities, it does not make it any less wrong or disgusting to invade such a personal and private matter. Stealing private photos and shaming these women for producing them is repulsive, and violates the basic rights of privacy. Any woman’s body is theirs alone to dictate and decide what they do with it.

What The Sun and Daily Mail have done to Jodie Whittaker is inexcusable, even if the publications were simply for some short-lived attention. Attempting to create a profit out of an accomplished actress’ nude photos is vile and unprofessional, and we as women should not let such an outrageous publication simply fly under the radar. We must support Jodie Whittaker and let her know that no matter how many inappropriate photos and articles are posted about her, we will not let the money-hungry media disgrace her name and the name of Doctor Who.

5 TV Series That Are Unproblematic And Worth Watching

Leadership In America: Where Are The Women?

Maddie Loy is a 15 year old student at Garland High School, where she enjoys theatre and varsity drill team. She recently got into writing because she was, and still is, inspired by her English teacher, Mr. Segura. In just one school year he turned her from a complete train wreck of a writer to one of the best in his class (with his help of course), and she can't thank him enough for that. A feminist, a Netflix-binger, and just an overall wacky teenager, Maddie loves to share her ideas and experiences with the world. She hopes that Women's Republic will help her writing skills and make new friends from all around the globe. And of course, she loves all of the WR fans reading her articles!