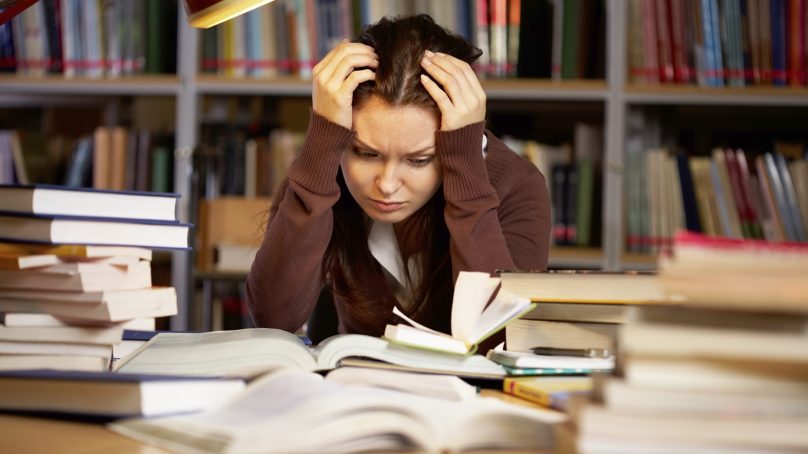 As I am approaching my last semester of undergraduate studies, I realized that although the worst is over, my anxiety that comes in regards to academia has never been higher. In fact, it has become so intense the thought of just stopping with only one semester left in front of me has crossed my mind more than once. Unfortunately, this is the case for not just me, but many students around the world.

In a large population survey, up to 33.7% of the population are affected by an anxiety disorder. The rate of anxiety disorder affects women twice as much as men. It’s more than just being anxious every now and then. Anxiety disorders keep you from living your life normally. It takes control of your thoughts and holds you down. As students, it is common to feel some sort of anxiety over school work and exams. But as competition grows, and job opportunity shortens, anxiety has taken an all-time high being the most prevalent psychiatric disorder students combat.

Students today are now faced with the difficult task of determining between their mental health or their academic success. Comparative studies have shown that while male students do face these same struggles in academic anxiety, female students have also the added depression that often comes alongside anxiety – be it from the worries over image, marriage or their self-esteem. In turn for girls, the expectation to be all or nothing weighs in on them producing not only the anxiety but also the co-occurring depression that comes with striving to societies expectation of perfection.

The stress the comes with any life event can affect our lives in many ways, but often not in a manner that disables us form our day to day lives. Living each day should not be a constant battle with ourselves, and academics should not be the weight on our shoulders pushing us to the ground as we fight. The sad truth is that this is the battle that many women face every day in order to be the best that they can be. Unfortunately, anxiety is just a topic that is not only very misunderstood, but also very commonly tossed aside as if it is not as intense as any other mental disorder or simply something that should be gotten over.

5 Reasons Why You SHOULD Date Indian Girls 14781

Colorism And Anti-Blackness In The Asian Community 11044