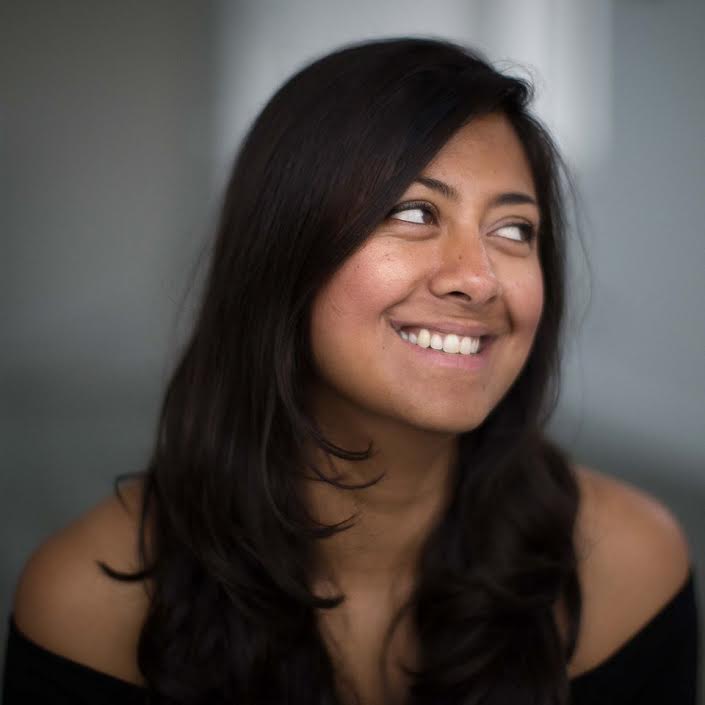 “You have no idea what you are talking about, you are being rude, immature and racist.”

The last words that were thrown at me by a now ex-friend, at a dinner during the 2007 presidential elections that saw the landslide appointment of Barack Obama. I was asked to leave her home, waking my sleeping child, and carrying him back in the middle of the night.

We had been sitting in her home eating – me, a British Asian female, her, her husband and my ex-husband who was wealthy, white, Irish. I sat through an evening of being educated on racism towards the Irish, how it was prevalent in London, and how I had no understanding of what it meant to be a marginalised person.

As the drinks flowed and I expressed my feelings that Obama, if elected president, would not be representative of a seismic shift in attitudes towards people of colour; but more likely, a resurgence in those prejudices growing roots underground. That it was another sign of how good we had become at hiding behind the facade of liberal like-mindedness. Slamming down her glass, she began to wash the crockery, in the passive-aggressive way I became accustomed to seeing my ex-husband perform this domestic chore for many years afterwards – in utter silence. I had been dealt with, the reality had been explained to me, and any further action or expression from me was not only unwelcome but the response would be aggressive and violent.

I recently looked back at this event, almost eleven years ago now.

A woman who I had supported through various failed IVF attempts, watched her child, as she told me how lucky I was to have one more than her. What was a miscarriage or two if I still got pregnant she would demand? I listened to her weight battles, conversations on her career, how people needed more people who looked at their poo every day, she was more qualified than the woman on TV; and how tough business was for her busy contractor husband, too many people wanted storage, and lofts.

I was emerging from the birth of my second child without the support of my family. I had a husband who had me chasing my tail, despite being a saint in the eyes of family and friends, I was suffering from several physical ailments due to stress, death threats from his siblings, that “could only be in my imagination” and a career halted to lift his.

But did I see it? Did I know how much life would be different if she got her Hobbs boots with laces up the back? How could I not have suffered?

At the time I was devastated, cried for days, and felt so vulnerable having yet another friend close their door on me. It fed into the long-running narrative of being an angry person, a poorly behaved person, someone who just kept making bad mistakes. She wrote me a letter to tell me my tone of voice, and my eyebrow shooting up more than once, showed how aggressive I was. How neither her husband or mine knew what to do with my behaviour, and so had sat in silence whilst she read me the riot act. How I did I deserve friendship from “nice” people like them.

It stuck with me, as these moments in my life have always done. It became part of my narrative, part of the coat I donned leaving the house. Each time smoothing a little bit more of it when it caught on another “nice” person’s feelings.

Living only a few doors away, she and her husband then employed the tactic all “nice” people use: walk right past me and look through me every day. This, of course, taught me the lessons I needed to learn. Be seen less, be heard less, and remember to be smoother with no edges, so as not to catch anyone else’s feelings or thoughts.

It is, I have learned, behaviour employed through time, generations, and cultures. A tool that allows people to train a person to remain exactly where they are, subjugated, and to keep reducing themselves; all the while being grateful for any time given to them by those bestowing them with this teaching method. It creates Stockholm Syndrome, a situation where a link of complex emotional ties ensure we return to those who hurt us most.

Looking back on it, I see it as white superiority. White narcissism, and the gaslighting that surrounds it. Ensuring the forever grateful reduction of our-selves, our beings. But we are not marginalised, we cannot be, we have a voice, we had Obama.

Why then, did each step feel as though the pavement around my foot crumbled when a placed a step on the ground? Each time I attended another local parent event I felt the vibrations that my “glow” had been noted, and bristled at?

Whilst looking back at this event, I had the painful reminder of a similar occurrence later that year.  My ex-husband lost another job, our landlord was threatening eviction, I was being investigated for colon cancer, and another friend was upset I did not understand the argument she and her husband were having over a kitchen
extension and airfare for her to visit her family in Maryland. I arrived at her house with a letter from my ex-sister in law and her husband. I could not understand how an entire family was turning their back on a woman who had given birth to a child recently. Instead, the moment my son was born, I had people question my reasons for having him in the first place. It was my secret desire to rob them of family money. My manipulative female ways of controlling their controlling brother the way they could not expose.

Those months and years were devastating. The daily microaggression, coupled with the threats of phones being tapped to ensure I did not take their money, and a husband who remained “nice”: silent, pushing me into the battle zone every single time the grenades went off to protect himself.

My friend was physical, mentally and visibly bored of hearing my worries. As I cried in her living room, she talked of how bad she felt that they were doing so well, and how she then felt guilty speaking to me, as I was obviously not doing so well in life. All the while she was stressing about her son not getting another piece of pasta into his
mouth, or a muffin, a potato cake or “godammit even a pancake.” I do not exaggerate, a good mother always ensures a child has a high carb intake every day, how else would anyone know you were feeding them what you earned you see?

The familiar pattern ensued. I was great to have at people’s side, an accessory, to sit smiling, to throw in an occasionally abrasive dry joke, but do not be too funny, too on the mark, do not make anyone feel bad. Smooth sides, a few more edges sanded down, my coat growing closer and closer to silken, closer to invisible.

I was not too good at maintaining this though as my edges caught, a question on whether she likes tights on a toddler, as I had seen these cute ones, with bare toes, I wanted to get her angel. How could I be so judgmental? How could I feel I was more stylish, more attractive the way I dressed? Helping her make rice one day the
response, “that is not how we make rice in the states.” Of course, my apologies, my family, their paddy fields, the fields that are flooded every year that they lose their income, how could I know what rice is?

A conversation, and months of debate on how she and her husband could not bring themselves to send their children to the local primaries, as the intake meant more than 40% of the children spoke English as a second language.

There were too many children from other backgrounds.

My response that I too was that child. I spoke Bengali first, Arabic, then English, but I did not feel that had hindered anyone around me – was met with silence. A play date cut short, several dates cancelled over a period of a few weeks.

When I finally mentioned how I felt her friendship had been revoked or held back, she read the riot act.

Sat in my garden, another house, another job loss for my amazingly talented, hugely misunderstood, privately educated ex-husband, and I sat and listened to her tell me how I was racist. I had made her feel as though she was by my comments, therefore I was projecting my feelings, and accusing her of being what I was. She and her
daughter made sandwiches at the local church, did I realise how good she was? They were “nice” people.

Another family, another friendship ended, playdates for my children withheld, and more silences on the street, eyes looking right through me.

My children asked why we do not have dinner together anymore, why did they see them with other kids in the park now, but they never asked them? I was physically struggling to maintain a job whilst being ill constantly, trying to find money as my ex-husband began to disappear regularly. I still had not got a grasp on how to walk the
walk with the “nice” people. How to keep my coat so smooth it did not whisper as I walked past, so it did not catch on the feelings of good people.

Years and years of it.

Something broke, and since then every little mark, every smoothing experience has floated into my vision, drifting away to leave a surface not so smooth anymore. The edges of every time I have been knocked, every time I have been reduced, every time I was wished invisible, are all showing every – single – day. Perhaps that glow that causes certain people to bristle is creating a beacon around my surfaces, as I find myself not close by to those people so much anymore.

I hope it is what is happening, that there is a beacon around my – not – so soft edges, my raised eyebrow, cracked child-bearing hips, torn skin and my very visible being. I hope it guides those who see it out of the mist of “nice” people, towards people who do not look through them, reduce them, silence them.

I am no longer wearing that silken smooth coat, and will probably hear that riot act a few more times, but that is because I know now I am more likely to riot. More likely to stand when told to sit, more likely to speak loudly and passionately, when met with another silence.

I am more likely to riot.

The question is are you ready to look into what lives within you, and challenge it?

Are you ready to riot, and rally against it too?