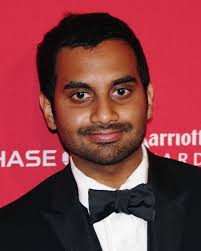 Babe.net dropped a bombshell article this week from a 23 year-old photographer wishing to remain anonymous about her sexual encounter with actor Aziz Ansari. The article has been criticized by many for weakening the #MeToo movement, where Grace, the photographer’s, encounter did not explicitly qualify as rape, and to many, read as “just a bad date.” No, the experiences outlined in the (very graphic) article are not rape. But what they do very clearly outline are the experiences of a 34-year-old-man with considerably greater wealth and power exercising the control of these elements onto a sexual encounter with a 22-year-old girl. And I use girl, not woman, intentionally here, when I rarely use this term.

Aziz Ansari is a grown man. Grace, theoretically, could be in my pre-calc class next semester, and she very well might not be the oldest undergrad in the room. 22 is a legal adult, yes, and there was a time in my life, and in the life of most of us, I imagine, where we imagined 20-somethings as they’re portrayed in media like FRIENDS and The Devil Wears Prada– sure, some snags along the way, but with jobs, apartments, and lives that are mostly together.
Meanwhile, in the real world, 22 year olds are bringing empty milk jugs to university dining halls to avoid spending the $2.59 at Walmart.

So, to all the people who are asking, “Why didn’t she just leave?” I have a question: what did you do when you were 22? In any situation, not just a sexual one. It’s hard to strike this balance in your twenties– the balance between “I’m doing this because I want to” and “I’m doing this because I think I should.” Did you ever run an errand at an internship that you didn’t feel entirely comfortable with, but decided to do it anyway because the job was good for experience? Did you ever go out for drinks when you knew you should have been studying because you didn’t want to be accused of being a homebody?

I’ve used trite examples, but hopefully the idea is clear: life is just different when you’re 22. And a tryst with the other 20-something in your intro to film class, even if it is awkward and uncomfortable, is astronomically different from being led into a ritzy NYC apartment by a man 12 years your senior, who you’ve likely seen before primarily during Netflix binges.
The Ansari article is an issue of consent, as Grace specifically mentions to Ansari that she is feeling forced, but is even more than this an issue of power and entitlement. It is an issue of the systems that made Ansari feel that there’s no way Grace wouldn’t want to have sex with him, and of the systems that made Grace feel like she couldn’t leave.

As much as I didn’t want to, as much as I love Parks and Rec and Modern Romance, I believe Grace. I believe that this happened, and that she didn’t know how to just “leave the room.” I believe Grace, because I’ve stayed in rooms I would have rather left for longer than I would have liked to stay in them. I’ve never been in a situation like Grace’s– never on the marble countertop of a celebrity’s TriBeCa home, never hiding out in the bathroom to avoid a man, but I know what it looks like when the walls are closing in on you and you can’t tell if it’s best to endure the squeeze. I believe Grace, and I hope that her bold confession enables to start the conversation that not every instance of a crime like the one committed against her needs to be worthy of an episode of SVU.

If the first wave of this movement has been bold accounts of violent crimes, I hope that the second is supported and healing introspection on the day-to-day behaviors that built up the culture’s ability and willingness to hide the Weinstein’s of the world. Because time’s up for Weinstein. Time’s up for Polanski, Allen, and Spacey. And time’s up for Ansari, too.

5 Reasons Why You SHOULD Date Indian Girls 14693