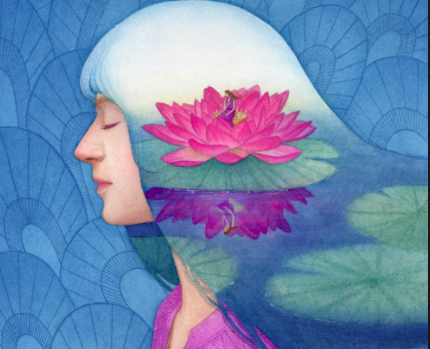 So here’s the thing, whatever epoch we’re in and whatever civilization we immerse ourselves into, we can never get away from people who try so hard to prove that whatever beliefs/views they hold on to are the right ones no matter how many rational and logical proofs are there to envisage the fact that the views that they hold on to, might not be thoroughly right. And they usually would also appear vindictive to those who try to debunk them. In short, these kinds of people are also known as “holier-than-thou” extremists.

It indeed isn’t easy, though, to break the segmentations that revolve around proving who’s wrong and who’s right. Norms and conformities that define moral values had been contrived since long ago — long enough to make most people grow up believing in the conformist propagandas of those conservatives regarding their own perception on moral values. Truth is, even since Sartre tried to prove how existence precedes essence, or since Mathias Rust landed illegally near Red Square, or since Varg Vikernes was convicted of the murder of Euronymous, the world still hasn’t really changed. We’re all still the same person when it comes to maintaining whose view is considered the rightest in the eye of the beholder. Clashes between views would always exist if we don’t come to understand that moral relativism would at least make this world a heinous space full of polemics between this and that.

The concept of moral relativism itself, is about comprehending that nothing is objectively right or wrong, as several notable names including Spinoza and Thrasymachus have tried to convey about — and thus, this philosophical view suggests us to accept differences between views because, then again, there is no absolute focal point regarding the rightness and wrongness of a value; those things are never exact and would always be relative, depending on the traditions and customs of the culture we’re in. As stated by William Sumner on Folkways (1906), the things that people consider right and/or wrong happen to be a result of a social construct that first emerged from traditions, customs, and practices of their culture itself — and it’s true. Just like the concept of tabula rasa, people were born as a blank slate, but the subjective values and implementations they received as they grow up, built them up as a person — and they began to learn about what’s right and what’s wrong, from the social construct they came across and the culture they were raised in.

Moral values could never be inherently objective; according to David Hume, moral values, in a lot of ways, do not consist matters of fact that happen to be absolute and verifiable — but rather, the judgments of moral values are constructed by our own subjective intuitions. People have their own distinctive standards and definitions of what would be their kind of rightness and wrongness, and it could never be measured by a matter of fact. What’s right to one certain culture, might be wrong to another, and if fueled by the lack of tolerance between the said difference, it usually would lead to clashes between them.

There’s this one renowned dictum by the Ancient Greek poet Pindar that says “custom is the lord of everything” — custom happens to be one of the contributing factors that built up moral values the most. It constructs people’s beliefs and views and strengthens the reasons for people to prove the correctness of their beliefs and views — and usually it led to people feeling superior about their own beliefs or views; and they would become a privileged group in power without a blink of an eye, whose views would be deemed as the right ones. The moral laws that are prominently considered right, are the ones constructed by a privileged group who possess power over the marginalized — whereas the rightness and wrongness of views are supposed to be relative. Nietzsche has tried to analyze this one certain cataclysm regarding morality; the ones who are considered good, and the ones whose views are considered right, are prevalently, the nobles of powers and privileges that most people can’t argue with.

And the construction of labelling certain values as “bad” happens due to the moral laws made by the privileged group that most of the populace immersed themselves into. In the end, he inferred that it’s important to make morality a relative thing that’s versatile and adaptable, depending on the circumstances and the cultures that are all there in the civilization. Tolerance grows when we have reached the point of comprehending that moral values are relative, and thus what we believe in, is just the outcome of custom, tradition, and culture’s constructions that aren’t viscerally inherent. Values could always alter ways, adapting to the development of the culture that those values are being applied in. That’s basically how moral relativism works; nothing has ever been objective.

Tweet
cultural relativismculturemoral relativisimpoliticsviews
Previous ArticleDear Sister Who Has Been In An Abusive RelationshipNext ArticleWhat’s Up With The Internet Invalidating Bisexuals?