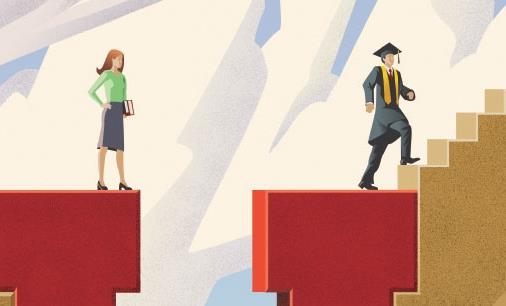 The concern remains the same: why are there more boys receiving special education services than girls for Emotional and Behavioral Disabilities (EBD)?  For years, the focus of studies on the subject looked through a “male-concerned” lens, wondering whether too many male students received identification; however, the overrepresentation of male students has an equally concerning outcome for female students: under-identification.

Between the study in 1994 by Caseau, Luckasson, and Kroth and the research done by Rice, Merves, and Srsic in 2008, very little new information surfaced on the topic of gender differences in identification of students with EBD.  Despite this, both studies adamantly suggest that differences in gender stereotypes result in the underrepresentation of females with EBD in special education programs.

“Perceptions of Gender Differences in the Expression of Emotional and Behavioral Disabilities” states that “the existing processes and tools used in schools to identify girls with EBD may not accurately detect girls’ internalizing expressions of disabilities” (2008, p. 550).  The outcomes of their research support this claim by showing that various discussions with professionals working with students with EBD yield the same six themes: “girl’s problems are hidden;…Girls’ minority status in special education leads to isolation;…When girls are physical it means something different;…Girls are isolated from their female peers physically and emotionally[;]…Professionals use different language when describing girls with EBD; and…Professionals acknowledged the tendency to avoid girls with EBD” (2008, p. 555). The final theme is perhaps the most frightening.  Professionals admit to avoiding working with girls with EBD because of the complexity of symptoms, leaving girls with these complex symptoms to cope on their own in the general education classroom.

Internalizing symptoms is a factor that also appears in the 1994 research, which shows “that the ratio in SED [Severely Emotionally Disturbed] special classes is approximately 8 boys to 1 girl” (p. 52).  At face-value, this appears to support the theme that “Girls’ minority status in special education leads to isolation;” however, both studies show that SED/EBD, statistically, is not more prevalent in boys; therefore, removing this bias may lead to less gender disparity in these classrooms.  The 1994 study found that gender disparity in identification may directly correlate to gender disparity in the teaching profession, finding that female teachers may be more apt to identify male students because of the external aggression displayed by many males with EBD, which supports the finding that females receiving identification by the school often show similar outward aggression to their male counterparts (p. 57-8).

The idea that females internalize and hide their aggression blatantly displays the need for multiple identification tools when identifying students for EBD services.  However, the claims by professionals continue to identify “difficulty seeing the symptoms” in females as a justifying factor in underrepresentation.  Although this claim continues to prevail, it does nothing to solve the problem, leaving the question to remain: what is the lasting impact of this under-identification of females while still in school and upon entering society as adults?

Jenna Roche
My name is Jenna Roche and I am an English and Secondary Education major at the University of Rhode Island. I believe in equality in everything, but am especially passionate about equality in education.