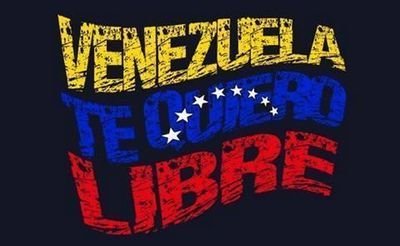 In recent months, Venezuela has been a growing topic in news outlets around the world. Lack of food, supplies, medicine, money, and a growing number of piling bodies paint the country in complete chaos, crisis, and turmoil. Protests raid the cities day in and day out; beautiful Venezuela now has blood running along its roads, homes, and people as violence breaks out within the country. It seems as though the country is slipping between the cracks, and this is because of the changes that are attempting to be implemented by new leader, President Nicolas Maduro. Though Maduro states the following is not true, many are claiming that Maduro wants to create a dictatorship; these claims are followed by explaining that Maduro wants to make changes to the constitution, and take over legislative powers that were ruled by the supposed opposition. The majority of Venezuela is outraged, and is taking out their pain and anger on their country, causing a downward spiral into the destruction of what they once called home.

Daniela Vega, a Venezuelan native woman, is pained to know that her birthplace is falling apart; she acknowledges what was once considered to be home, is now considered a very dangerous place to visit, even for leisure. I had the opportunity to sit down, and ask Miss Vega a couple questions about Venezuela and her current emotions now, knowing her country is not what it once was.

Where in Venezuela were you born?
The capital, Caracas.

How old were you when you left Venezuela, and have you returned since?
I was 6 years old, almost 7. I haven’t been able to even consider visiting again because of the conditions.

Name a time, even back then, where you felt unsafe back home.
I used to wear these little earrings (it’s a big deal for little girls to have their earrings on) but I would see and hear stories of people getting mugged. I ended up covering my ears with my hands every time I was in public so that no one would steal my earrings. Also, there was one time where my family’s car got followed by these 3 muggers on motorcycles and when we stopped the car (thinking it was my dad’s friend who rode a motorcycle and was supposed to meet him that day), they pulled out guns, held one to my dad’s side, one around the back of the car, and one to my head. All they wanted was my mom’s watch, so naturally we just gave it to them.

Do you think things are worse now than what they were back when you still lived there?
Definitely. When I lived there it was bad because there was a lot of crime, but at least the government officials just acted like they didn’t see anything going on, they weren’t on your side but they weren’t necessarily against you. Now I feel like you walk out of your house and it’s every man for himself, everyone’s against you.

What are your current thoughts on what’s happening in Venezuela right now?
I think it’s awful that it even got to this level. I don’t even completely understand all the complications of the political situation, to be frank, but I do know that the current leader has plans that the rest of the country definitely does not agree with, and that’s not what one does as a leader. All this dictatorship just reminds me of Cuba and how they lost all their freedom. The problem with Venezuela, as opposed to Cuba, is not only is the government cruel but the civilians are too.

Do you have any family left back home? If you don’t, when the last of your family left the country, what were the conditions of the country?
I have my mom’s stepmom, so my step-grandma, and her side of the family. I also have a lot of neighbors and people I considered family that are unfortunately still there. My grandma actually just came to visit and she goes back late July. She said she’s terrified of how bad it’s gotten and that in the several weeks that she’s been here, things have escalated incredibly.

Do you think Venezuela has the capability to rebuild, and restore what once was home for so many?
It’s hard because one can see that Venezuela’s people are fighters and they are relentlessly standing up for what they believe in, but with a government that’s against you, especially in such a violent manner, I don’t think any progress will be made any time soon. The only way I can see Venezuela recovering is if the current leader were to be overthrown somehow and the system restored, but it would just take many years and incredible efforts from everybody involved. I would love to think that it can easily be solved because it’s such a beautiful country with a rich culture but unfortunately, I don’t expect it to start to improve for at least another decade or so.

Though Venezuela is not in the best position, it was an honor to sit down with Miss Daniela Vega, and listen to a native Venezuelan woman’s opinion, views, and concerns on the changing and dangerous state the country is in. Thank you, Daniela, for allowing me to share your story and opinions on the current situation; it’s not always easy to share viewpoints during such a heart-wrenching time.