The Miss America Organization announced in early June that they are putting an end to the swimsuit portion from their judging area because they consider themselves to be a competition and not a pageant that judges people on their outward physical appearance. This is a huge step towards creating a fair and unbiased competition that pits women against other women based on things such as appearance, which one does not always have control over. Competitions such as Miss America should be crowning individuals who will be able to intellectually represent their respective states and go on to represent their country in the subsequent competitions such as Miss Universe and Miss World. 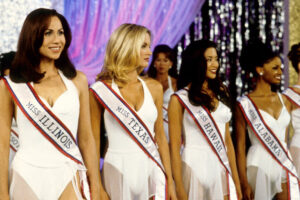 This news was announced on Good Morning America (GMA) by the new chairwoman, who also happened to hold the very title in 1989, Gretchen Carlson. This new explosive change was introduced in the wake of the #MeToo movement and while many do not have a problem with the swimsuit portion of the competition that is on their 97th year.

It had been criticized for it since its’ introduction stating that it was just another way to degrade women into objects of affection rather than actual human beings. In 2017, it was revealed that many of the top executives of the organization had been exchanging emails commentating on the past and present contestants in sexist manners. This caused an uproar within the organization as well as the public which caused them to resign. Carlson has since made it her mission to staff her organization with past contestants as well as other women and men who are highly qualified. 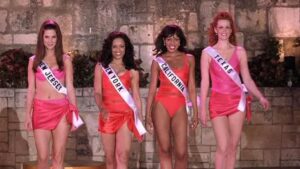 We can surely see the problems that might have arisen from this given popular media. According to Carlson, the competition will not cater to physical appearance and that the competitors will no longer be judged on any portion that includes their evening gown judging portion as well. They are going to shift their focus to their intellectual capabilities and their social impact initiatives. They are striving to be an open, transparent and inclusive competition that will not exclude women of any shape and or sizes. Films such as Beautiful (2000), Miss Congeniality (2001) and Little Miss Sunshine (2006) come to mind when the issues of what body image and the pressure of the competition does to the contestants. I highly suggest that if you have not seen them, you watch them at your nearest convenience because they highlight the very issues that the Miss America Organization are trying to solve. 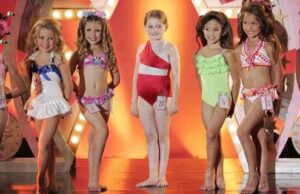 Carlson says that the talent and scholarship have always been present but they are looking into ways to showcase them more. She has stated that the women who participate have been awarded scholarships for education due to their achievement in their field of work or simply because they have shown an active interest to create a better tomorrow.

A little bit of history: the Miss America pageant was initially started as a swimsuit pageant which would showcase new designs to the public. It might seem as if the Miss America Organization is dismantling its’ very core. The mere fact that is being removed might just be for the better, not only for the audience who watch the show for their entertainment but all the young girls who aspire to be on the stage. They will not grow up thinking that they must have unrealistic body goals in order to participate in the competition. It’s a definite WIN in my book.

The internet will continue to have their fair share of disapproval of the removal of the swimsuit portion of the competition because that is just how the internet works.

When September comes, cuddle up in your favorite PJs and fluffy slippers and make sure to watch the Miss America 2.01, because it will surely be a memorable one.

The 3rd Of July: COGNIZANCE

Why ‘Jokes’ About Marriage Cross The Line Into Insults