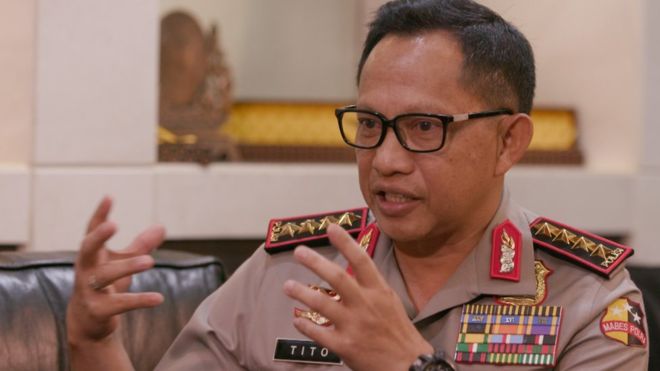 On October 19th, an article from BBC Indonesia was posted and it made people show their anger. Tito Karnavian, the General of Chief of Indonesian National Police, stated that it is okay, even necessary for the investigator to ask if the victim is ‘comfortable’ when it comes to rape cases. Also, in the article, he stated that the word ‘comfortable’ or ‘nyaman‘ in Bahasa Indonesia is an operational diction to the word ‘consent’ or ‘setuju‘ in Bahasa Indonesia.

“This question usually being asked by the investigator in an investigation to assure if the victim is really being raped or just admit they got raped for some reasons,” he said to BBC Indonesia during an interview.

Rape, or any sexual intercourse, that is forced to the victim of rape, is never comfortable for anyone who is the survivor of it. It causes mental disorders, sexually transmitted diseases (STDs), and more. For victims that live in Indonesia? They cannot even rely on their loved ones most of the times because the patriarchy shoves the ‘victim blaming’ mindset.

In Indonesia, especially, it is common to have a rape victim face discrimination like this. The police officers ask inappropriate questions, such as what she wore, where she was going, with who, and why she decided to do what she did that day and/or at that time. From blaming the way she dress to the fact that her body reacted to the rape (orgasm, the vagina being lubricated, etc).

What Indonesian people, most are the sexist men, do not realize is that rape is not caused by any decisions that the victim made, but it is caused by how the perpetrator cannot control their sexual desire.

It is still a long way to go to fight rape in Indonesia, and it is sad that the police does not have our back on one of the most fearful tragedies that can happen to a woman. Indonesian women need to stand up, scream, fight, and help other women. We need to fix the law and change the mindset of the society. But, we cannot do this if we do not stick together with sisterhood.

It starts from yourself. Openly talk that rape exists and it is hurtful and killed a lot of women, mentally and/or physically. Shared stories from the survivor. Teach men not to rape and what to do if someone encounters a rape victim and how to help them. What is the effect, mentally, of rape to a victim and how to help.

It starts with us, and it will be passed down to our child, our grandchildren, and the next generation who will be more open-minded and have more empathy than us.

Syafira Angelina
Caca is a 19 years old International Relations student from Indonesia that cares about gender and sexuality. She is, too, manage her own feminism-related account that speaks to more than a thousand people from her country.

5 Reasons Why You SHOULD Date Indian Girls 14692