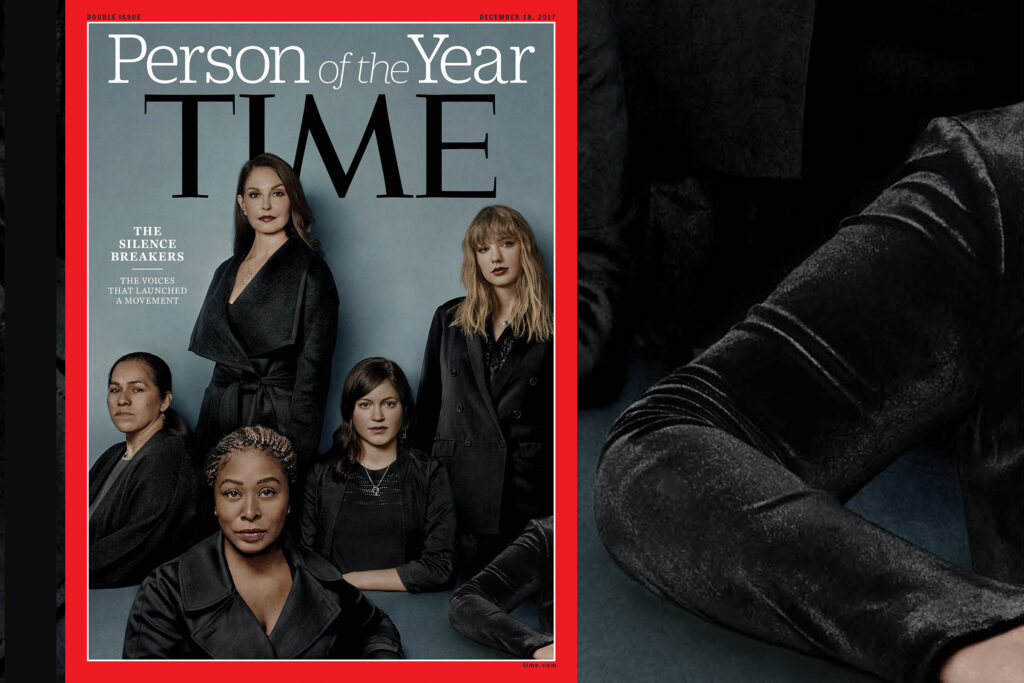 Last week, TIME Magazine named The Silence Breakers their 2017 person(s) of the year, and you might have been so busy wondering why Taylor Swift, who can’t denounce Donald Trump or white supremacy, made the cover, while Tarana Burke, who started the movement, was omitted, you might have missed a crucial detail: the elbow in the bottom right corner of the cover photo.

The elbow, and the arm attached to it, belong to a hospital worker from Texas, who feared that showing her face or being named in the magazine would negatively impact her family. Her story is echoed by women around the country.

Because, while the #MeToo movement allowed women to show the world that issues of sexual harassment and assault are not isolated, are not make believe, and are not something that women should be expected to just “get over,” it did place the majority of its weight on the backs of women who are already suffering.

While perhaps many women are ready, willing, and able to tell their stories, finding comfort, strength, and solidarity in the fact that they survived and so did others across the globe, the #MeToo movement is predicated on the idea that to make claims of sexual assault and harassment believable for men, women owe the world their stories, stories of what could be the most dark and traumatizing moments of their lives.

For many women, this isn’t an option. And it shouldn’t have to be. The disembodied arm was included by TIME intentionally: to represent those who could not speak up, due to circumstance or choice. I’ve said it before and I’ll say it until I can no longer speak: women know what sexual harassment is. Women know what sexual assault is. We’re not stupid. We don’t need to tell you our stories for you to ascertain whether or not it was really as bad as we’re claiming it to be. Rest assured, it was.

We owe a great debt to the silence breakers, for being brave enough and open enough to tell their stories when they did not have to. But in praising them, we cannot undermine or forget those who choose to own their story differently and privately, those who wish to be represented only by their sleeved arm or their unattributed quote. The crimes committed against them are just as heinous. Their stories are just as real. I believe them, too.