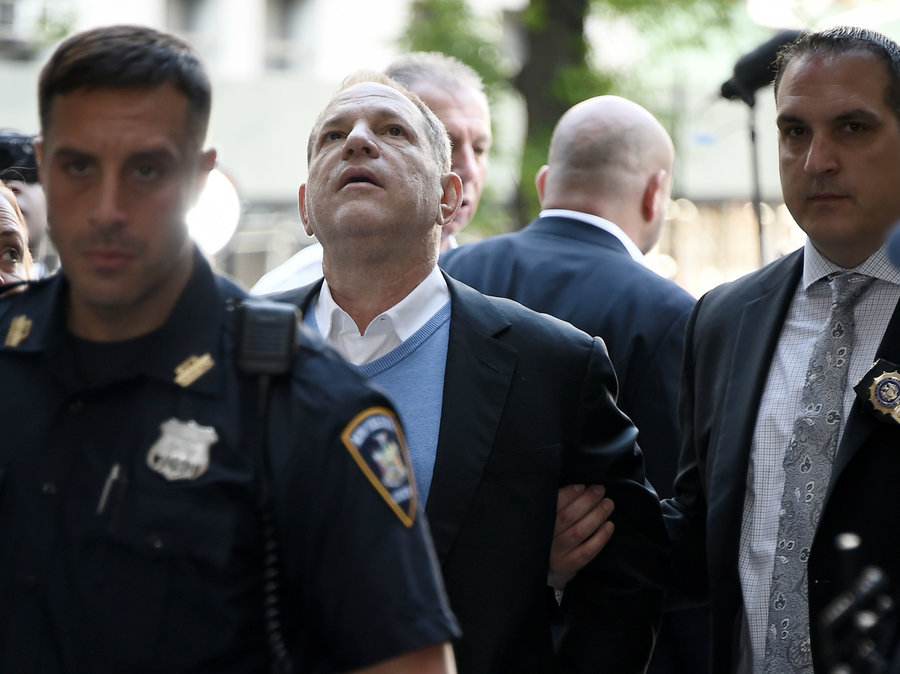 I woke up today and did what I usually do: open Twitter and check which well-known celebrity has been exposed for their sexual misconduct and harassment towards their co-workers. But today was different than most mornings.

Today was a victory.

I could not help but rejoice for my fellow women who have been his victims. Rose McGowan was among the first to share her feelings and she was relieved and finally granted justice to some extent.

Weinstein is said to be charged with rape, criminal sex acts, sex abuse and sexual misconducts on two women according to the NYPD. They have thanked the brave women who had come forth with their reports and have vowed to see justice for not only them but all those who had since shared their stories. He has turned himself over to the authorities due to the allegations. 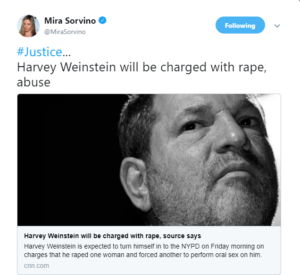 Weinstein was taken to the New York City courthouse from the 1st precinct in Tribeca, NY. His bail is posted at $ 1 million and he must wear an electric monitor that will trace his movement at all times.

I cannot imagine this moment for all the women who had been oppressed by Harvey Weinstein. He might not be charged and found guilty of all the incidents that have emerged, but he will never be able to dominate any other woman in the way he did before. His position of power has officially been diminished. 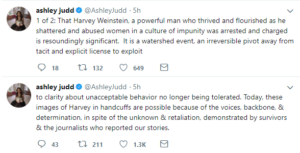 Regarding the legal charges, what we know as of yet is as follows: the woman who has provided a statement of rape charge wishes to be anonymous for now. She accused him of restricting her to his Manhattan hotel room and raping her back in 2013. Lucia Evans has come forth and accused Weinstein of the criminal sex act of incidents that date back to 2004 of when he forced her to perform oral sex during a meeting in his office.

He is said to appear in court July 30th, 2018 to determine whether or not his case will go to trial depending on the amount of evidence that is presented. If he is charged and found guilty of the on all counts he will most likely be facing up to 25 years in prison. For the time being, he is said to be confined to the Connecticut and New York. There are also investigations being carried out in California and London and we might just be hearing the verdict from those places soon.

All I can think about at this moment are the words spoken by Asia Argento during her moment at Cannes: “You know who you are. But most importantly, we know who you are. And we’re not going to allow you to get away with it any longer.”

So, to whom it may concern, we’re coming for you. TIME’S UP!