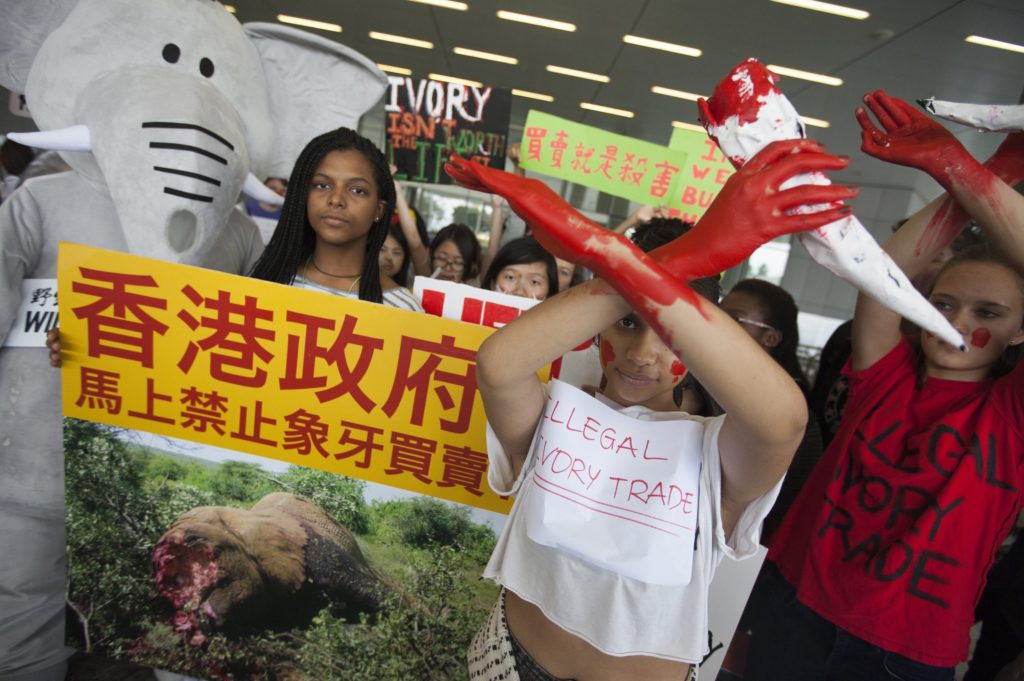 Traditionally, the elephant is a symbolic animal in several cultures around the world. It’s often associated with strength, power, longevity, stamina, spirit, loyalty, wisdom, and eternity, which makes it hard to believe that people are willing to murder these innocent animals for their tusks.

Unfortunately, the illegal market revolving around elephant tusk trade is very real. Currently, the elephant poaching business in Africa is driven by the demand created by the Chinese market.

In Chinese culture, ivory is symbolic of wealth and is extremely valuable. There are at least 35 carving factories where the imported ivory is artfully designed before being sold to the public for an expensive price.

Many have questioned why it’s taken so long for China to place a ban on their ivory business. This is partly attributed to the fact that several Chinese historians and artists fear the symbolism and important of ivory will be lost if the market is shutdown. In Chinese culture, ivory carvings can be traced back thousands of years and is an art form even today.

However, regardless of the significant tradition, the illegal murder of African elephants is a problem that must be resolved. Approximately 30,000 elephants are killed annually by poachers determined to retrieve the valued ivory tusks.

Elephant poaching became extremely popular in 1979 and the high demand lasted a decade. In an effort to preserve the dwindling population of elephants, the Convention on International Trade in Endangered Species (CITES) banned international ivory sales in 1990. Unfortunately, a mere 7 years later, the ban was lifted to allow stockpiled tusks to be purchased. Since then, domestic sales have occurred around the world.

Thankfully, China has begun the process to shut down retailers, carving factories, and licensed ivory facilities. It’s expected that China’s ivory market will be extinct by the end of 2017 and this will allow stricter enforcement on ivory trade. This means there is also hope that the elephant population will once again rise.

Ariel Zedric
Ariel Zedric is a metaphor loving, 16-year old, walking paradox living in the U.S. She is aspiring to be a lot of things. Contact via email at ariel.zedric@gmail.com or on Twitter or Instagram @arielzedric