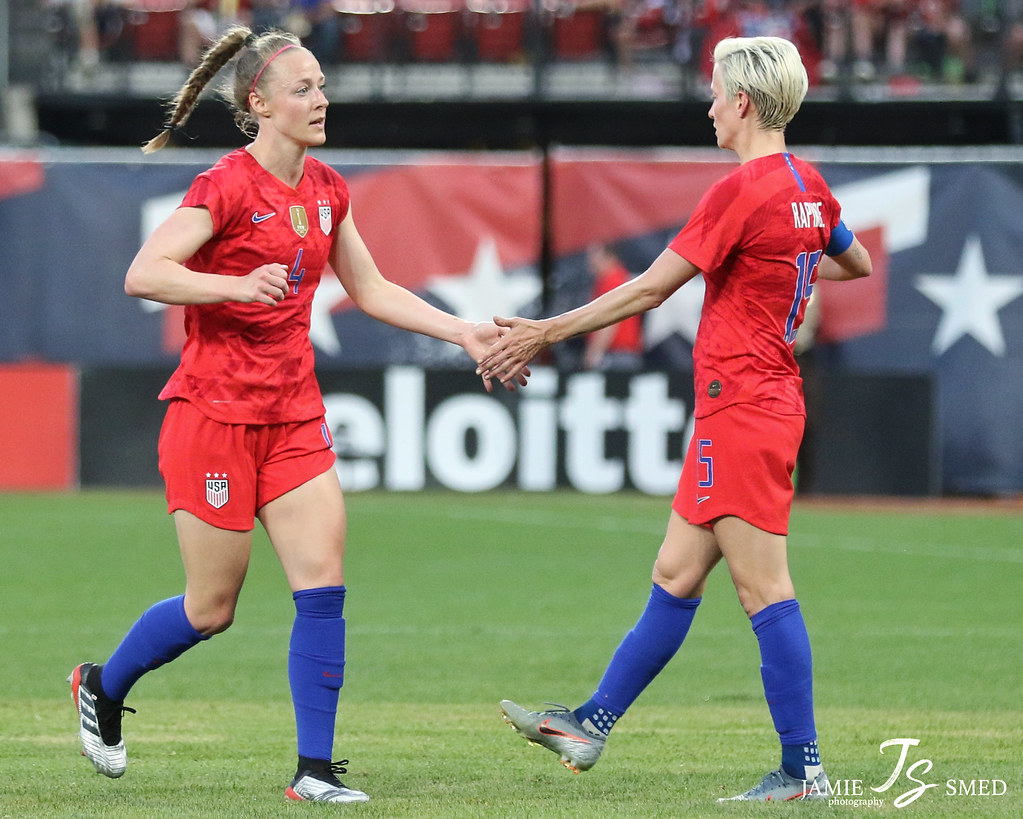 Headlines missing… And others that should go missing

If you check the sports section of your local or international newspaper, how much coverage is given to women’s sports? There is some. However, these, if lucky enough to appear, are never in the front page or a “normal” headline. If found, they can be classified into three categories: they can involve an outstanding success for the team, sport or person, such as the figure of Serena Williams or the US soccer team. It is not easy to find many more examples that have reached a worldwide scope. Secondly, there are female athletes on national news that involve a success from national women and hence, shown in the country´s news as a national or patriotic achievement. Thirdly, the saddest and most sexist type of news which contains information related to women´s femininity, sexual orientation, prettiness or clothes, or a mixture of all; and these are shown nationally or internationally. When trying to find news on female football players the second headline I read was that of the top prettiest footballers. Apparently, we still have got a lot to learn.

The Tour de France is one of the biggest cycling competitions, if not the most important. Many fans watch it and show their support in multiple ways. Nevertheless, we do not see nor hear anything related to La Course of the Tour de France, the women’s version. Yesterday, I was lucky enough to find a secondary newspaper that told of the disappointment of its winner, Marianne Vos, after reaching the finish line first and finding the press room empty, apart from Peter Toss. The journalist rapidly condemned this situation on Twitter: “Embarrassing that one of the sport’s greatest ever riders get ignored like this.”

After struggling to find news that mentioned the event itself, I finally found one, and it turned out to be such an interesting race (coming from a non-cycling fan).  The Australian Amanda Spratt, who was leading the pack for the majority of the 121 km race, felt overconfident and out of breath by the last hundred meters when the double Olympic champion Marianne Vos overtook her in the final climb and won, leaving everyone (the few who watched it) astonished.

Not known by many people, La Course has been taking place for the past five years, and the women start a day before the male competition and do the full course. They want La Course to be visible, raise awareness about women´s cycling and to bring back the Women’s Tour de France. Currently, there is just one day of the Women’s Tour de France (probably still unknown by the majority). The last full Female Tour was held in 1989, and each year while hope grows, so does the disappointment. La Course has been recognised by the UN and European Parliament as an important event and form of activism.

This is the problem. The majority of female athletes are not just athletes like men, but also activists. They have to fight to be visible and recognised, or even able to play the sport and be properly paid. Most of them also do complementary activities to raise awareness about the sport or the difficulties faced by the women who play it, such as the example from above or Megan Rapinoe, player of the US soccer team, known as one of the key components that led the US team to win the World Cup and for confronting President Trump. Furthermore, they have continued the fight and filed an equal-pay lawsuit. There is no doubt many more will continue the fight until one day, these women can be athletes and only athletes if they want to. Until then, we have to thank them and recognise the incredible job they are doing.

Why Aren’t You Watching The Bold Type?

Carmen is a 22 year old little woman, studying Philosophy, Politics and Economics. Philosophy to think, analyse and debate, Politics to act, and Economics to understand the current world order. Also, doing it abroad to get an international perspective. The perfect combination to change the world. So, be prepared world, I´m coming to change you.