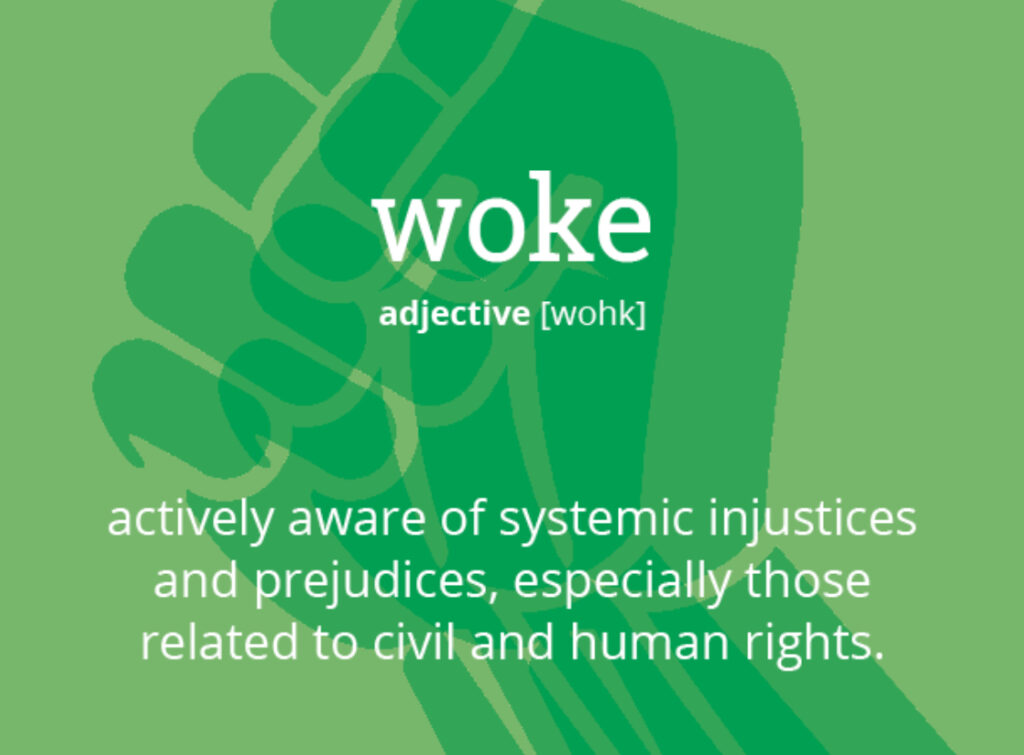 In the last half-decade, being “woke” has become the newest “it thing” for millennials. Depending on who you follow or are friends with, your social media feeds have probably become more politically charged in the last few years; Twitter chirping about the mistreatment of minorities in countless social spheres, Instagram sniffing out the problematic nature of the latest trends, and Facebook… well, Facebook repeating some garbled up version of what it’s seen on the former two.

As my generation has aged, we have grown aware of the increasing need for us to be socially-involved and politically active. This, in turn, has fostered a well-read and informed set of minds that are no longer willing to take for granted what the loudest voice in the room has to say. Merely being authoritative no longer cuts it. We have become more inquisitive, poking holes in individuals’ stories or institutions’ narratives – we are finally “putting our critical thinking hats on” as my 9th-grade history teacher would approvingly exclaim.

This has cultivated a culture in which social brownie points are no longer awarded to the loudest voice in the crowd, but the strongest, best-reasoned opinion in the room. In 2020, being socio-politically aware is suave. Having opinions is sexy. And lately, I’ve been feeling anything but.

I’m surrounded by well-rounded, informed individuals who are outspoken and unafraid to voice their mind and charge at those who belittle what they stand for. As someone who stays minimally “informed” primarily through tweets or stories on social media, I’ve been left feeling a little spineless. Most of my own opinions are words of close friends and family that I’ve absorbed, digested and can occasionally spew out in conversation in order to feel involved or belonging to a certain group. Forming original thoughts has, admittedly embarrassingly, become an arduous task.

This year, I want that to change. I am going to become informed, be novel. When someone asks me for my opinion on the Israeli-Palestine conflict or the ramifications of slavery in the US on modern-day police brutality, I will be confident to provide and support my thinking.

But where to start?

If you’re like me, you probably get your breaking news from Twitter. Honestly, Twitter is not a bad starting point. I like to think of Twitter as the Wikipedia of modern-day news.  It’s a great launchpad, but not anything you’d consider a reliable source worthy of citing in conversation. Mindlessly scrolling through Twitter has inadvertently given me a lot to think about, and a screen door to slide open (or rip through) so that I can continue learning.

Most Twitter users are very aware of biases in the news. I’d go as far as to say that many Twitterers are “anti” major news broadcasting stations because of their blatant favouritism for certain institutions and leaning toward certain political stances. Knowing this, how is one to go about informing them-self in a nonprejudicial way?

Many of us probably don’t have the time or money to subscribe to a paid weekly or monthly magazine. Or, we’d like a quick and convenient way to get updated on certain topics without the hassle of flipping through a real newspaper or having to get cable. Of course, there is Twitter’s News page that offers full-length articles on current issues and trending topics. But if you don’t want Twitter to be the be-all and end-all of your journey to becoming better informed, I’ve done some scouting and found a few outlets that focus on updating their audiences with facts. Subscribing to these is free and accessible on any mobile device:

Google News and Apple News are both handy apps with similar news features and settings options. They are customisable to individuals’ tastes and understand the importance of delivering breaking news – when it’s breaking.

Flipboard allows users to “flip” through news articles as well as other content curated from various social media platforms in magazine format. While it’s the sheer volume of content may seem overwhelming at first, once users have a grasp of its organization tabs, I find it very useful for keeping up to date.

Of course, there are many more apps and email services that individuals may prefer for a variety of reasons. The vital note of interest is that you’re making the effort to dig further than a 250 character tweet.

While seeking to learn more, it’s important to remember that the news is just that: new information that might be of interest to certain parties. Often, these new events are developments of, in some form, historical occurrences and their legacies. Rarely will a news app delve into the nuances of the past. After all, it’s meant to give you the latest, in the fastest way possible.

For an in-depth understanding of many modern-day issues, one has to look further into the past. This may seem bleak to those uninterested in history, and frankly, no one can force anyone to learn things they don’t want to. However, the advent of the internet has made learning easier than ever.

YouTube, in particular, has become notorious for its multitude of educational and learning content (throwback to hours spent watching Khan Academy videos during university exams).

For those who want to scratch past the surface, here are some resources that might provide you with the insights you’re searching for:

Kurgezagt creates (really cute) animated videos on a range of topics from history, psychology to chemistry and philosophy. Some videos do require a basic understanding of related concepts, but most are accessible to the general adult population.

TedTalks allows viewers to hear information straight from the horse’s mouth. Professionals, researchers and influencers from all walks of Earth are invited to speak about topics they are experts on. Informative and inspirational, you won’t fail to find a video about whatever subject has piqued your interest of late.

Crash Course, similar to Kurgezagt, creates animated videos on a variety of learning topics, however I find that the information presented here is more accessible to a younger or beginner level audience.

The internet has made information more accessible than ever before. Of course, there is only so much that can be packed into a YouTube video, and becoming an expert on any topic requires one to pick up actual literature. E-Book applications have made these volumes easier than decades prior as well. I recently purchased a copy of “Sapiens: A Brief History of Humankind” by Yuval Harari and would whole-heartedly recommend it to any adolescent adult who has just begun their journey to becoming “awakened” (please forgive me).

As time moves forward, I have no doubt that youth will be the force that propels our planet to change. In the last decade itself, we saw key political movements initiated by young individuals like Malala Yousefzai and Greta Thunberg. If we are to play an active role in this transformation, we must begin by evolving ourselves. In 2020, I hope to read more non-fiction, and deepen my understanding of a multitude of stories that will no doubt, be crystallized in the autobiography of this planet and its inhabitants.

I must end this article with a disclaimer: certainly, no source is without its bias. This very article is biased. Almost all of the sources I have presented here swing “left” on the political continuum. To those raising their pitchforks at this blatant partiality, I argue that bias is inevitable and quite necessary when forming opinions. On your journey to becoming better informed, I challenge you to think about bias and where it comes from. Why is a certain institution presenting the facts it presents in this manner? Why did I learn what I learned in this way? Often, the search for answers to these questions will uncover more truths that will better serve your goal of becoming politically savvy and more aware.

Tweet
educationlearningwoke
Previous ArticleSupporting It Doesn’t Always Have To Mean Experiencing ItNext ArticleLeaving The Royal Titles: For Better Or For Worse

Vaani Sai
is an aspiring literature editor and content creator with an undying passion for knowledge and bubble tea.