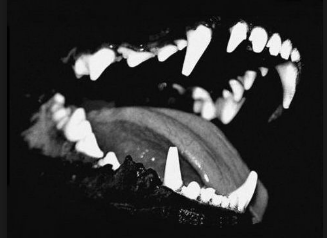 And today, again, I greeted the wolf.

“How was my white noise treating you today?”

He said, “It was a catharsis. I don’t find holes that I see in the rest of the world — those holes can be of nothingness, of dark thrones, of dead ends, of dissipating hazes, of dissonant voices, of (not so) great discords, of anything but the peace that you and your white noise have offered to me.”

The wolf hates a lot of things about the world.

But it makes sense though.

I hate it when people only exist to coexist; when trust becomes blind faith; when power turns into regime; when thesis and antithesis end up in dispute instead of synthesis; when classrooms become battlegrounds; when houses feel like concentration camps; when razorblades and pills are pop culture; when existential grief is an art; when scars run deep in people’s hearts and we do nothing but watch, and watch, and watch, and oppress, until lives fall down the stream and all we do is cry, and cry, and cry, and feel unnecessary regrets.

We never asked to be born, so bad faith started running; cognitive dissonances started falling, and absurdities streamed down — it all happened in our heads.

We may ask, is it okay to feel?

Because everything’s a commodity. Human bodies, feelings, beliefs, concepts, frameworks, theories, points of view, discourses, hearts and souls and the altar of Lucifer. Everything.

There are machines that created fascists, as well as cultures that started wars. I and the wolf watched them burn; we travelled overseas bringing nothing but our white noises and we came home leaving nothing but scars.

No one’s alright but no voices are heard so let’s just assume everyone will be alright when a pair of white wings come to the rescue — just like the concept of deus ex machina in utopian fiction universes.

Fundamentalist scums make you suffer, but your own idealism makes you suffer twice as hard. And when children grow up, they’d become the wolf, who hates everything, and their white noises are lost, destroyed in the sea. If they don’t become the wolf, they’d either grow up to be the person they have never wished to be.

Atrocities, dead ends, oppressions, disputes, crimes, segregations — there are a myriad of harmful words; being exposed to dead eyes that longed for nothing but the ability to grow wings. Someday there’d come the world you have always wanted. No gods, no masters, no systems, just like how you wanted it. Yeah, someday — when you’re dead.

And today, too, I saw a child with his white noise still on — he came forward and asked me and the wolf.

I didn’t answer. The wolf answered “yes,” with a cunning smile.

Well, we’ll just sit down and watch how he grows up.

I’m Sad But Not Surprised To Hear About Aziz Ansari

A Letter To An Ex